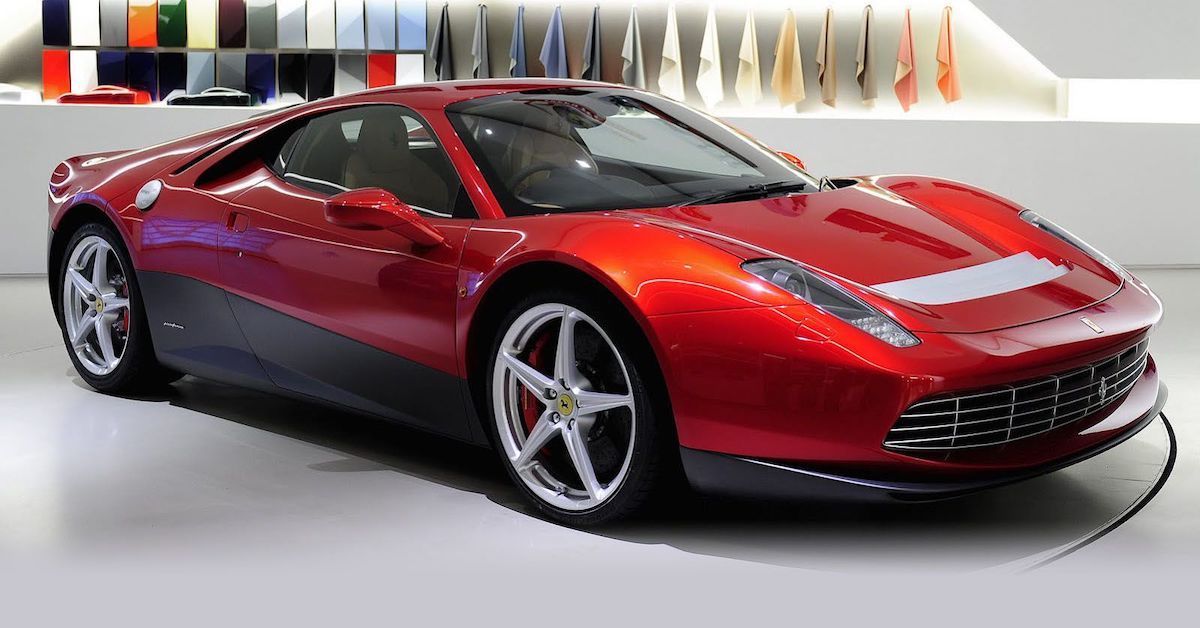 “Bespoke” is one of the most popular buzzwords among ultra-luxury brands. With a Ferrari created for Eric Clapton, the word is redefined. With the Ferrari SP12 EC, a vehicle based on the 458 Italia that incorporates some styling cues from the Ferrari 512 BB model, three of which Clapton owned, Ferrari has taken the custom concept to a whole new level. The famous guitarist’s dream car would be a new Ferrari with a 512-style appearance.

Although it doesn’t have a 12-cylinder boxer engine like the original 512 BB, the SP12 EC’s front grille and dark underbody paint give it a striking similarity to the 512, which was its ancestor. of the 1980s Ferrari Testarossa. Ferrari, Pininfarina and Ferrari’s Custom Program collaborated on the design of the car.

The Ferrari SP12 EC is the love of prolific world-renowned guitarist, Eric Clapton

A one-of-a-kind Ferrari should be built for a Ferrari enthusiast and a brilliant musician like Eric Clapton. The SP12 EC was built as a tribute to Clapton’s career and long experience as a Ferrari owner by Centro Stile Ferrari in partnership with Pininfarina and Maranello engineers.

The world-renowned guitarist has a soft spot for one Ferrari model in particular: the 512 BB, which he’s owned three times over the years. As a result, he wanted to drive an automobile inspired by this model, with inspirations from the multiple award-winning 458 Italia. Eric Clapton talks about his love and how the idea of ​​a one-of-a-kind car came about exclusively in the latest issue of Official Ferrari Magazine.

The dimensions and architecture of the SP12 EC – part of Ferrari’s One-Off program – have been given meticulous attention in terms of aesthetics and technology, making this remarkable automobile even more significant. The SP12 EC was developed the same way music is formed: by placing the appropriate notes in the appropriate locations to create a musical score. Following the project from what was effectively a blank canvas, according to Eric Clapton, was “one of the most enjoyable things I’ve ever done”. Like the finished car, it is one of a kind and non-reproducible.

Related: A look back at the legendary FF, Ferrari’s first four-wheel-drive production model

Clapton teamed up with Ferrari’s Centro Stile and Pininfarina to build the one-off SP12 EC in 2012 to commemorate his famous career and long stint as a Ferrari owner. The SP12 EC pays homage to the old Berlinetta Boxers – both the 365 and the 512 – and is based on the superb 458 Italia, so there’s no V12, but it has the elegance of the old boxers. Based on its provenance, the car cost $4.7 million to create and is worth as much, if not more, today.

Clapton has always had a thing for 12-cylinder Ferraris: he’s owned many over the years, and a photo of his post-crash Boxer can be found on the inside sleeve of his 1977 album, Slowhand. “I love the sound of Ferraris and as a musician I can say that these engines make real music,” Clapton noted recently in an interview posted on Ferrari’s homepage. I must admit that 12 cylinder music is my weak point.

The consensus here is that the magnificent sounds coming from Mr. Clapton’s car are the same as – or a slight derivative of – those produced by the standard 458 V-8, as determined by a highly scientific survey of approximately five C/ D staff. The badge of the car is affixed to the left of the rear license plate. It is easy to see “SP12EC” when displayed in high resolution. The way it mixes the classic BB style elements is very amazing. It’s vintage, but not heavy, and it’s a lot nicer than the more insectile 458 that lives under its skin in many ways. The automobile is as beautiful in motion as it is in pictures.

The Clapton car’s two-tone paint scheme, horizontal hood slats, buttresses behind the occupants, and instantly-recognizable carburettor covers are all reminiscent of 1970s Berlinetta Boxers. Clapton wanted to install a 12-cylinder engine, according to Ferraristi, but the engineering and certification costs were prohibitive. “SP12 EPC,” reads the car’s license plate, which is a variant of the badge. Eric Patrick Clapton’s initials, “EPC”, are unmistakable.

In recent years, a few unique Ferrari-based examples have made headlines. The F430-based SP1, Superamerica 45 and P540 Superfast Aperta are just a few of the cars that have come directly from Ferrari’s portfolio program or a Ferrari/Pininfarina partnership called Special Projects. It’s unclear which officially sanctioned program Clapton’s car came from, although the license plate may hint.

The legendary Chevrolet Impala SS returns in this modern rendering

Hi, my name is Wyse and I have been producing stellar automotive items for over three years. HotCars my domain and I am looking to claim a major claim. Ciao!