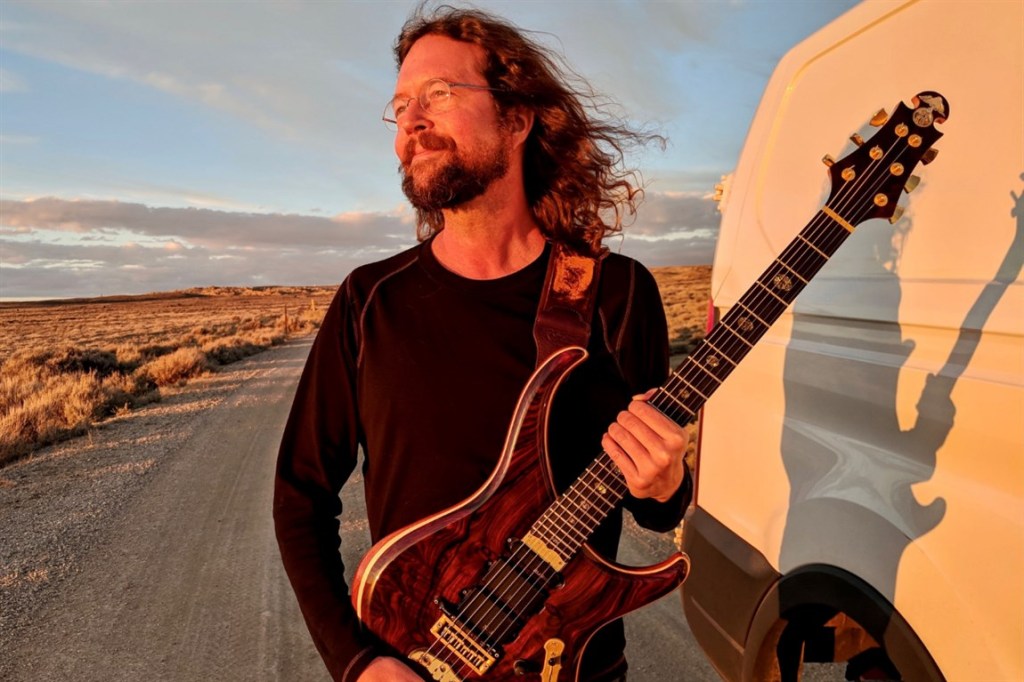 Most musicians begin by learning to play their instruments by studying the songs and styles of their favorite bands or artists. Eventually, they might include a few covers in their own bands as they become successful or grow over time.

Some musicians turn this love for a particular artist or group into a tribute band in their own right, doing it for weekend fun at the local pub, or in some cases, turning it into a lucrative career in their own right.

And for a select few musicians, they can even perform with artists they themselves considered aspiring performers. One of those guitarists and vocalists is John Kadlecik, who performs two sets starting at 4 p.m. Saturday at the Mare Island Coal Sheds in Vallejo.

Although his first introduction to music involved the classical violin, Kedlecik became interested in guitar and improvisation in high school, which eventually led to his love of the Grateful Dead. But it turns out the iconic San Francisco jam band wasn’t what he originally imagined.

“Someone finally took me to a Grateful Dead concert, and I was like, ‘Oh!’ I had just seen the footage and kind of assumed the biker connection meant they were basically like Motorhead,” Kadlecik said. “I had no idea how deep the lyrics were, how wide the music was, what the writing covered, and the variety of textures and how up-to-date they actually were. point, even then, you know?”

First performing in a tribute act to Dead called Uncle John’s Band, then forming his own highly acclaimed tribute band, Dark Star Orchestra in 1997, Kedlecik eventually performed with Bob Weir and Phil Lesh of the Dead in their band Furthur from 2009 to 2014.

At this weekend’s concert, billed as “A Grateful Gathering: John K & Friends,” Kadlecik will be joined by a host of other musicians, including Reed Mathis, Nate LaPointe, Jeremy Hoenig, Todd Stoops and Like A Rose, all celebrating the music of the late Jerry Garcia and company.

“The whole acid test was to create a fusion of audience and musician,” Kedlecik said. Everyone feeds on it, not just the group. It’s as if we are merging our collective creative energy through dance and rhythmic training. Anyone can tap into this energy.

“It just allows the inspiration to light up everyone involved, to experience all of the collective creative energy, and ideally the group gathers a bunch of it and puts it into the PA system for everyone. I think that’s what The Grateful Dead and the Family Dog was all about.

If you are going to: John Kadlecik and Friends, Saturday 4-10 p.m., Mare Island Coal Sheds, 860 Nimitz Ave., Vallejo. All ages are welcome. Advance tickets cost between $20 and $87.50. Online ticket sales end at noon Saturday, tickets will be available at the door for $25-$50, cash only. For more information, visit mrhatpresents.com.