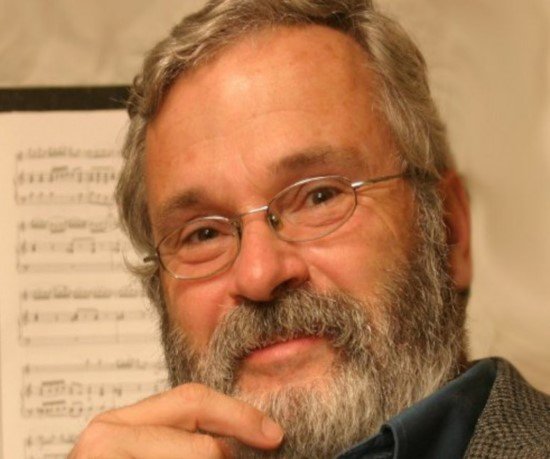 On November 7, 2021, Bach will present in Baltimore the world premiere of Hollis Thoms’ Requiem (2020)) [in the time of coronavirus]â€At the Maryland State Boychoir Center for the Arts in Baltimore, Maryland. Maestro T. Herbert Dimmock will lead. â€œRequiemâ€ will be associated with Bach’s Cantata 4: â€œChrist lag in Todesbandenâ€ (Christ was in the bonds of death). This cantata is considered one of Bach’s earliest to survive and is based on a hymn by Martin Luther, with roots in medieval music.

Thoms’ Requiem pays tribute to the millions of people lost around the world to the pandemic and in particular to those from our local communities.

I recently had the chance to interview Hollis Thoms about “Requiem (2020) [in the time of coronavirus]Â», His music and his personal life.

Maryland composer Hollis Thoms has spent his professional career as an active music and English teacher, school administrator and composer. He has published more than 40 articles in educational journals and wrote around 150 compositions for various ensembles: operas, oratorios, symphonies, chamber works, sacred and secular songs and choral works.

Mr. Thoms received a BA from Concordia University-Chicago; Northwestern composing MM; completed coursework for the Eastman School of Music PhD in Composition; has an Ed. S. in Educational Administration from the University of Toledo; and a MALA from St. John’s College, Annapolis. He has been awarded a number of scholarships, including the Joseph Klingenstein Scholarship from Columbia University Teachers College, an Alden B. Dow Creativity Scholarship, and a Fulbright Teachers Exchange in Scotland. In addition, he was selected to participate in the Summer Seminar for Directors of Harvard University Graduate School of Education. His principal compositions are in special collections of the State Archives of Maryland, the Folger Shakespeare Library, the Shakespeare Birthplace Trust in Stratford, England, and the Church Music Center-Concordia University-Chicago.

Can you tell our readers a bit about yourself?

I come from a family of five generations of musicians. My grandfather and my father were professional singers in the Chicago area. My three sisters all studied stringed instruments and two went to the conservatory. My wife is a singer and organist. I am a composer. My three children are all professional musicians: professional singer and choir director, oboist and arts administrator, and horn player and horn teacher. My grandchildren all sing and one is pursuing a career as a singer.

I am a retired school administrator and teacher, but I have continued to write music for almost 50 years. I went to Northwestern University and Eastman School of Music for my graduate degrees in music. I have written around 170 works including symphonies, operas, oratorios, chamber works, sacred and secular vocal and choral works.

Making music is at the heart of my life and that of my family.

I couldn’t help but notice that there are several musicians playing in “Requiem” with your last name. Are they related and if so, what are your family ties?

Most of my pieces have been written with my wife, Jacqueline, and professional child musicians in mind. My â€œRequiemâ€ will feature my children. My eldest son, Jason, will sing the baritone solos, my youngest son, Jonas, will play the horn, and my daughter, Sonja, was supposed to play the oboe in the performance, but recently had braces and has difficulty playing the horn. oboe at that time.

â€œRequiemâ€ is written to honor and commemorate those we lost during the pandemic. How has the pandemic affected you personally?

The pandemic has affected us all. Since my wife and I are over 70, we have had to take all the necessary precautions to avoid catching the virus. We couldn’t see our children in person for almost a year until recently. My daughter-in-law, Treva, passed away suddenly at the start of the pandemic year. It was a terrible loss, for she would have been the soprano soloist in the premiere of the â€œRequiemâ€. She was an amazing singer, and I wrote a lot of songs for her too.

Your piece will be accompanied by Bach’s Cantata 4: â€œChrist lag in Todesbandenâ€. Are you a JSB fan?

Johann Sebastian Bach was the most important influence on me as a composer. When I was a teenager my friends called me “Johann” because I loved playing Bach on the piano and I was known for my Bach. I played his piano concerto in D minor with my high school orchestra. I also gathered a group of high school students to perform Bach’s Cantata 4.

As I matured as a composer, I took Bach as one of my compositional models. I wrote a Passion (imitating Bach’s Passions) and Bach in Baltimore created this work about ten years ago. I also wrote six â€œBrandenburg Concertosâ€ like Bach which were performed. My â€œRequiemâ€ has four movements, and the first and last movement have musical references to the influence of Bach.

The last movement of the â€œRequiemâ€ is dedicated to my father, William, who was a solo baritone and sang in Bach’s Cantata 56. I quote from a recitative of this cantata that my father sang and develop a fantastic variation movement on this recitative, expanding it and expanding its musical and textual ideas. My son Jason, William’s grandson, will sing the fourth movement in honor of his grandfather and my father.

Do you prefer to teach music or compose?

I am a retired music and English teacher and a retired school administrator. I made my living in teaching and school administration, but my vocation was to compose. I wrote music mainly for my family members of professional musicians, but I also had commissions and wrote works for various groups like Bach in Baltimore.

I loved teaching and received a number of teaching awards: a Joseph Klingenstein scholarship to Columbia University for a year, I was a Fulbright exchange professor in Scotland for a year. As an administrator, I was selected to be part of a summer school administrator session at Harvard Graduate School of Education. I have had over 40 articles published in educational journals about my teaching.

Now, retired, I devote myself to songwriting and my songwriter site is hollisthoms.com. I will continue to write music as long as I have imaginative musical ideas and people want to listen to my music and there are opportunities for musical performances. Making music is an important part of my life.

“Requiem (2020) [in the time of coronavirus]Will be performed by Bach in Baltimore as part of their First Sunday series on November 7, 2021 at 4 pm at the Maryland State Boychoir Center for the Arts, 3400 Norman Avenue, Baltimore Maryland. For more information and tickets, go to this link.

Bach in Baltimore is in his 34th year and has performed choral and instrumental works by Johann Sebastian Bach and others to educate concert audiences “about Bach’s musical language and the texts he has chosen to bring to life. music “. Their aim is to “promote appreciation of the arts, in particular baroque music, within the whole community”. They also offer educational experiences for all ages to â€œinstill a lifelong connection to Bach’s musicâ€.

If you want to know more about Hollis Thoms, you can watch these two videos on YouTube where he sat down with Maestro T. Herbert Dimmock: Video 1 is now available and Video 2 which was released on February 21, 2021.

Want to know more about Maestro T. Herbert Dimmock? Check out Susan Brall’s interview with him for the Maryland Theater Guide.