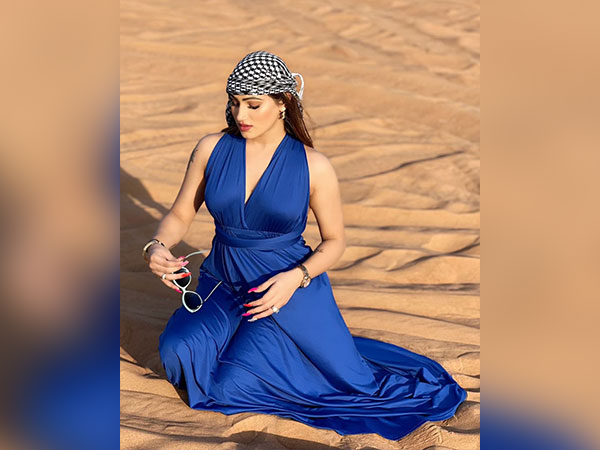 Actress Deepali Chauhan is soon to hit the Bollywood industry

New Delhi [India] June 11 (ANI/GPRC): Astonishing actress Deepali Chauhan will soon enter the Bollywood industry. She was featured in a few songs as the lead. Her unique songs have made her grow in the industry these days and made her well-known among common people. Charming actress Deepali Chauhan hails from the capital city of India, Delhi. His songs like “JOBAN” which is a popular Haryanvi song which gave him a big break in his film career. Deepali also worked on a single song named “BANDOOK” which also featured, along with Deepali, Khesari Lal Yadav with whom she had great chemistry throughout the song which is why the song became a huge hit.
After such an amazing job Deepali did, she also worked on a song named “BEWAFA” which turned out to be her best song for her debut. Deepali is a born star and makes her co-actors feel comfortable around her on and off screen. Deepali Chauhan also worked in her latest Punjabi song named “Chak Dene” which proved that Deepali is a multilingual actress who has worked in Haryanvi as well as in the Punjabi industry. Performing in different industries, in different languages ​​is a clear example of his talent and perfection.
Deepali’s dashing and sexy poster has helped her develop in this film career. Although she has only worked on a few projects, she has received immense love and a huge fan following. Her attractive and glamorous looks turned out to be her best gift to compete in this tough film industry.

The best thing that fans find about Deepali is that she is very down to earth and fully cares about her life and a positive soul. She wants her fans to love her like they do now.
When asked, Deepali said, “I am a very happy and confident girl and looking towards a film career with positive responsibility for my career.”
This story is provided by GPRC. ANI will not be responsible for the content of this article. (ANI/GPRC)

Review: Judah and the Lion Make a Mighty Roar