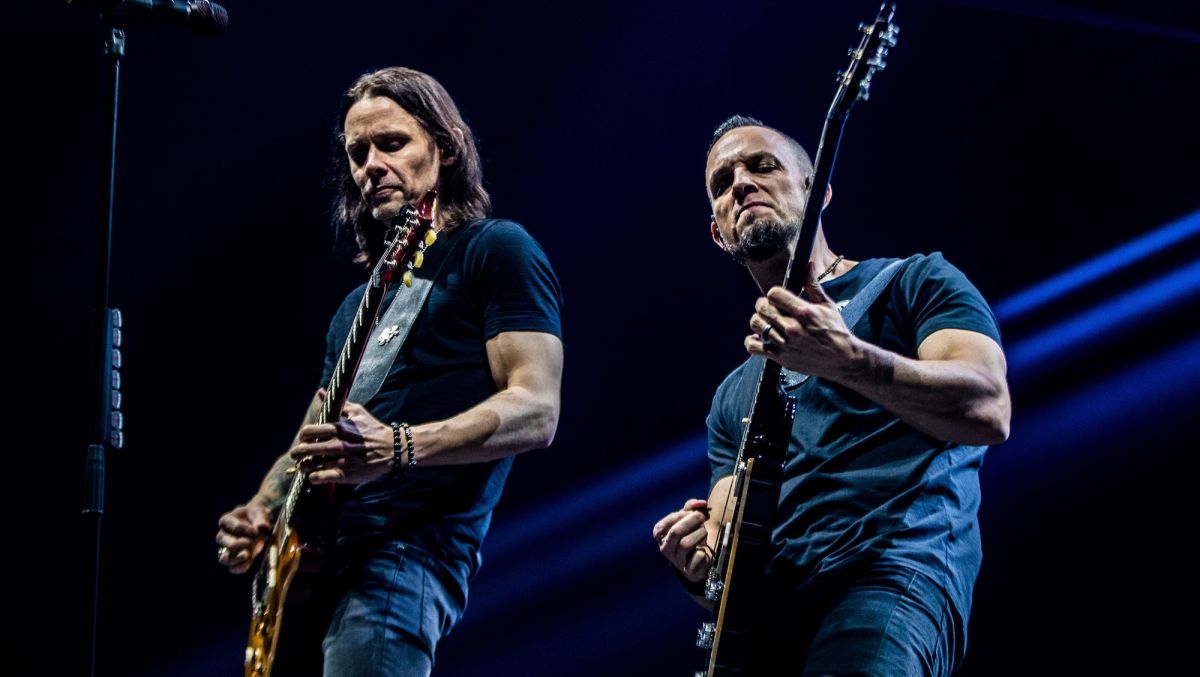 Myles Kennedy and Mark Tremonti have been very busy over the past year.

Kennedy released his stellar second solo album, The ides of Marchin 2021, and releases his last LP with Slash and the Conspirators, 4, earlier this year. Tremonti, meanwhile, released walk in time – the fifth album he made with his solo band, Tremonti – at the end of 2021, and followed it up earlier this year with a cover album by Frank Sinatra in support of the National Down Syndrome Society.

Now, however, Kennedy and Tremonti – along with bassist Brian Marshall and drummer Scott Phillips – have teamed up for a new Alter Bridge album titled Pawns & Kings. The band’s seventh album, Pawns & Kings was helmed by longtime collaborator/producer Michael “Elvis” Baskette, and is set for release on October 14 via Napalm Records.

You can check out the lyric video for its debut single and lead track below.

In an interview with My planet is rocking (opens in a new tab) earlier this month, Tremonti said Alter Bridge’s then-unannounced new album would feature “pretty heavy riffs,” and the record’s title track certainly delivers on that promise.

Clocking over six minutes, Pawns & Kings shows the mastery of the dynamics of the group, passing from a subdued intro to galloping verses, while touching on thrash in the middle. Best of all, it’s enhanced by some truly epic call-and-response solos.

We would usually credit these to Tremonti by default, but in this same My planet is rocking interview, the guitarist also said that he and Kennedy switch roles more regularly while recording. Pawns & Kingsthe former handling more vocals and the latter taking on more lead electric guitar work.

Indeed, the album should include a song called Staya ballad that features Tremonti on vocals.

You can examine the cover art and track listing of Pawns & Kings below. To pre-order the album, go to the Alter Bridge website (opens in a new tab).