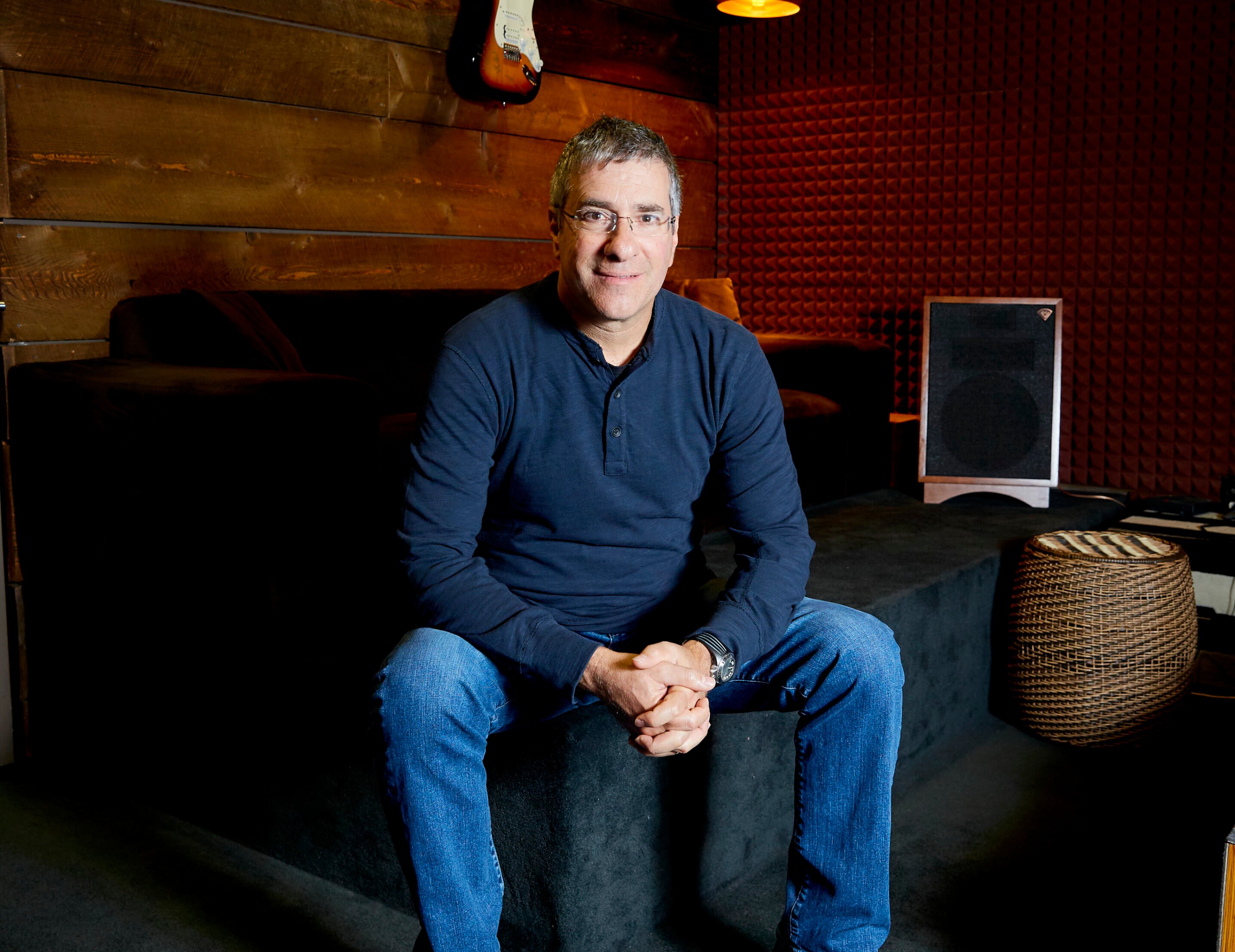 Are music catalog acquisitions slowing down? Not at Primary Wave: “We’ve never been busier.”

The music industry is changing rapidly. The real world (especially these days) is moving even faster.

So you could easily be forgiven for missing the monumental significance – musically, anyway – of last week’s big Primary Wave announcement.

If you’re not detail-oriented, this title is all you need to know: Financial Giant Brookfield hit a $2 billion deal with Primary Wave, the acquisition house for catalogs of legends like Bob Marley, Ray Charles, Whitney Houston, Stevie Nicks, Prince, Burt Bacharach and many more.

If you are detail-oriented, then: (a) you’re kind of the MBW person and (b) we’re going to try to break it down for you.

Now Brookfield has committed $1.7 billion into a new “permanent capital vehicle” – essentially a fourth fund – in which Primary Wave itself is a minority owner.

This vehicle has already spent a first $700 million the acquisition of certain rights of Fund 1 and Fund 2, with some of the investors of these funds cashing in.

This left somewhere north of $1 billion unspent cash from Brookfield into the new “Permanent Capital Vehicle”, ready for deployment.

That’s just as well: Primary Wave says it has $600 million in agreed-to-but-not-yet-completed deals that it expects to complete by the end of 2022. (The company says it’s already done $300 million This year.)

Now the final piece of the puzzle: Brookfield has additionally acquired a minority stake in Primary Wave (as in, the investment manager that looks after the four “funds”).

Brookfield seems to have spent somewhere around $300 million on this minority stake, which is why, by adding this figure to the one mentioned above $1.7 billion capital commitment, Brookfield has reached a “2 Billion Dollar Deal” with the primary wave.

Oh, last, last thing: a global talent agency Creative Artists Agency (CAA) has too acquired a minority stake in Primary Wave – as in the investment manager – for an undisclosed fee.

[Side-note: Eye-popping dollar signs aside, this CAA involvement might actually prove to be the most interesting thing about this whole deal announcement. Primary Wave prides itself on being able to amplify an artist/songwriter’s brand far beyond syncs and traditional marketing, which is why it is a long-running pioneer of buying ‘name & likeness’ rights from talent. Witness the upcoming Whitney Houston biopic, I Wanna Dance With Somebody, for evidence. Primary Wave says it believes CAA’s new involvement in its company will deliver “content-creation clout unheard of in the music publishing space”.]

OK! End of the lecture. Other questions?

Well, yes, we had a few. So, hours after the deal was announced, we called Larry Mestel, Founder and CEO of Primary Wave Music, to get the big picture.

Here’s what we learned.

For those of us who are still familiar with the jargon of the financial world, the term “permanent capital vehicle” may seem a bit confusing; after all, aren’t “permanent” capital vehicles just… businesses?

Basically, yes. Mestel explains: “It is designed to be a permanent capital vehicle – never to be sold. It’s more like a regular society in that sense.

In an interview with the the wall street journal Announcing the deal with Brookfield last week, Mastel reportedly said: “[This deal] means that there is no good acquisition that we could not make in the music industry. We are not limited by size or opportunity.

“If there are deals that make sense and we stick to our vision, we won’t run out of capital.”

But – thought experiment – ​​what if an incredible multi-billion dollar music deal comes along? Surely, with its current $1 billion stack of Brookfield cash, would Primary Wave be ruled out?

Don’t be so sure.

“We have an unlimited reserve of capital as long as we find good deals,” explains Mestel. “So if there are deals that make sense and we stick to our vision, we won’t be short of capital.”

2) There’s a reason, says Mestel, that Primary Wave is changing the narrative around music mergers and acquisitions

If you’re an observer of the once frenzied music acquisition market, you’ll know that things have gotten a little… bleak lately.

Macroeconomic factors, in particular the relentless rise in interest rates, put pressure on indebted buyers and naturally lower the multiples they are willing to pay.

Rumors abound that small players in the M&A market are suddenly looking for buyers, while ruining the high multiples they paid for assets that, in hindsight, aren’t as premium as they thought. at the beginning.

Meanwhile, the financial media is asking tough questions of the big players. And at every other musical luncheon you attend, someone wants to proclaim that “the era of cheap money is over!”

And then Primary Wave comes in with a $2 billion deal and a mountain of new money. So how did he handle it?

“When you buy the right music assets and really add value to those assets, you keep your partners happy,” smiles Mestel. “There is usually a good result that comes from this strategy.”

“We have had a successful growth strategy in place for 16 years now.”

Mestel alleges that some of its competitors simply did not follow a similar path: “They got into over-leverage without having a strategy to increase their revenue stream.”

Mestel continues: “We have had a successful growth strategy in place for 16 years now – increasing value not only for ourselves but also for our artistic partners. [Primary Wave often strikes deals where the songwriter/artist/estate involved keeps a minority interest].

“Primary Wave has a history of friendship with artists, and artists know we make deals – we don’t back down from signed letters of intent.”

He adds: “When you look at improved streaming for iconic artists [Primary Wave has achieved]when you look at the marketing and then the podcasts, documentaries, branding opportunities that we’ve put in place, you can see why our revenue has increased dramatically. »

Mestel is clear that Primary Wave doesn’t want the until recently energized music M&A market to ‘collapse’. But if some financialized music portfolios end up being auctioned off, he says, don’t assume it’s just the three major music companies that will be able to “pick up all the pieces.”

Adds Mestel: “If this market goes into recession, we will have enormous capital and we will be very demanding on what we buy.”

3) There are still a lot of offers on the market

One of the most striking things about Primary Wave’s announcement last week was that it has $600 million acquisition transactions currently in progress that it expects to complete by the end of 2022.

Rather, it goes against the idea that there is a drastic slowdown in catalog acquisition activity in the music industry.

“In fact, we’ve never been so busy. We have a huge deal flow going on. »

“In fact, we’ve never been busier,” says Mestel of Primary Wave’s current M&A activity. “We have a huge flow of deals in the pipeline.”

Part of the reason for Primary Wave’s frequency of transactions, Mestel claims, is its company’s reputation among the creative community — in part based on its prowess at telling stories and understanding artist brands.

It’s something he says will be crystallized by Whitney Houston’s new film, which Mestel is co-producing alongside Clive Davis.

“It’s going to be amazing,” Mestel says of the film.

“I think as a result, you’re going to see a very significant leap in Whitney’s brand, in her catalog feeds in general – and in introducing and re-introducing people into a caption.”The music industry around the world