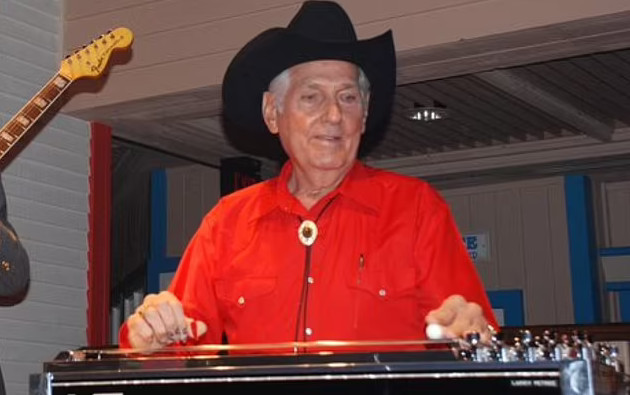 In a sad and bizarre story, the country music community of Bakersfield, California mourns the tragic loss of a local steel guitar player and career firefighter after he and his wife were found dead on a road trip. isolated land in the Mojave Desert. Although authorities do not believe foul play was involved, how the couple ended up so far from their home and in the middle of the desert currently remains a mystery.

Larry Petree, 88, and his wife Betty, 60, were found on Sunday August 21 on a deserted dirt road in the Mojave Desert, seven miles east of California City. Larry was in the driver’s seat of the car and Betty was leaning against a rear tire. The vehicle ran out of gas, leaving local authorities to conclude that they were likely out of gas and stranded in the desert. How they got there and what they were doing so far from home has still not been determined.

Larry Petree was born in Paden, Oklahoma in 1933, and moved to Bakersfield in 1942 with his family when he was 9 years old. After graduating from Bakersfield High School in 1951, he later joined the army before going to work for the Kern County Fire Department. Meanwhile, Petree played steel guitar in Bakersfield’s legendary honky tonk scene during its heyday, performing regularly with Red Simpson at Bakersfield’s iconic Trouts venue. Petree also appears on many Red Simpson recordings.

Petree played with some of the major artists who would launch national careers from the blue-collar town in California. But instead of hitting the road to stardom, Larry chose to stay in Bakersfield to stay close to his wife Betty and keep his job at the fire department, where he worked for 30 years. Larry Petree continued to perform later with local artists such as Tommy Hays and the Western Swingsters and Jennifer Keel.

Considered a legend in Bakersfield circles, Petree also played steel guitar for new outfits, including Bakersfield revivalists The Soda Crackers. Larry Petree had performed with The Soda Crackers at the Bakersfield Hall of Fame three weeks before the disappearance. Family friend Kim Hays says that on the way to the Hall of Fame show, Larry had shown signs of disorientation, and she had to help him get to the concert, leading to speculation that Perhaps Larry was disoriented again, and that’s how the couple ended up in the desert.

“His smile is something I will never forget. When he smiled, he had those fat cheeks. And there’s no way you couldn’t smile when you saw Larry smiling. says Zane Adamo, 29 by The Soda Crackers. “And just the nicest guy ever. And he had such good wisdom, and I remember talking to him and listening to every word he said.

The local sheriff’s department is not currently investigating the incident further, but many members of the Bakersfield music community still have questions, while mourning the loss of this longtime friend and musician.