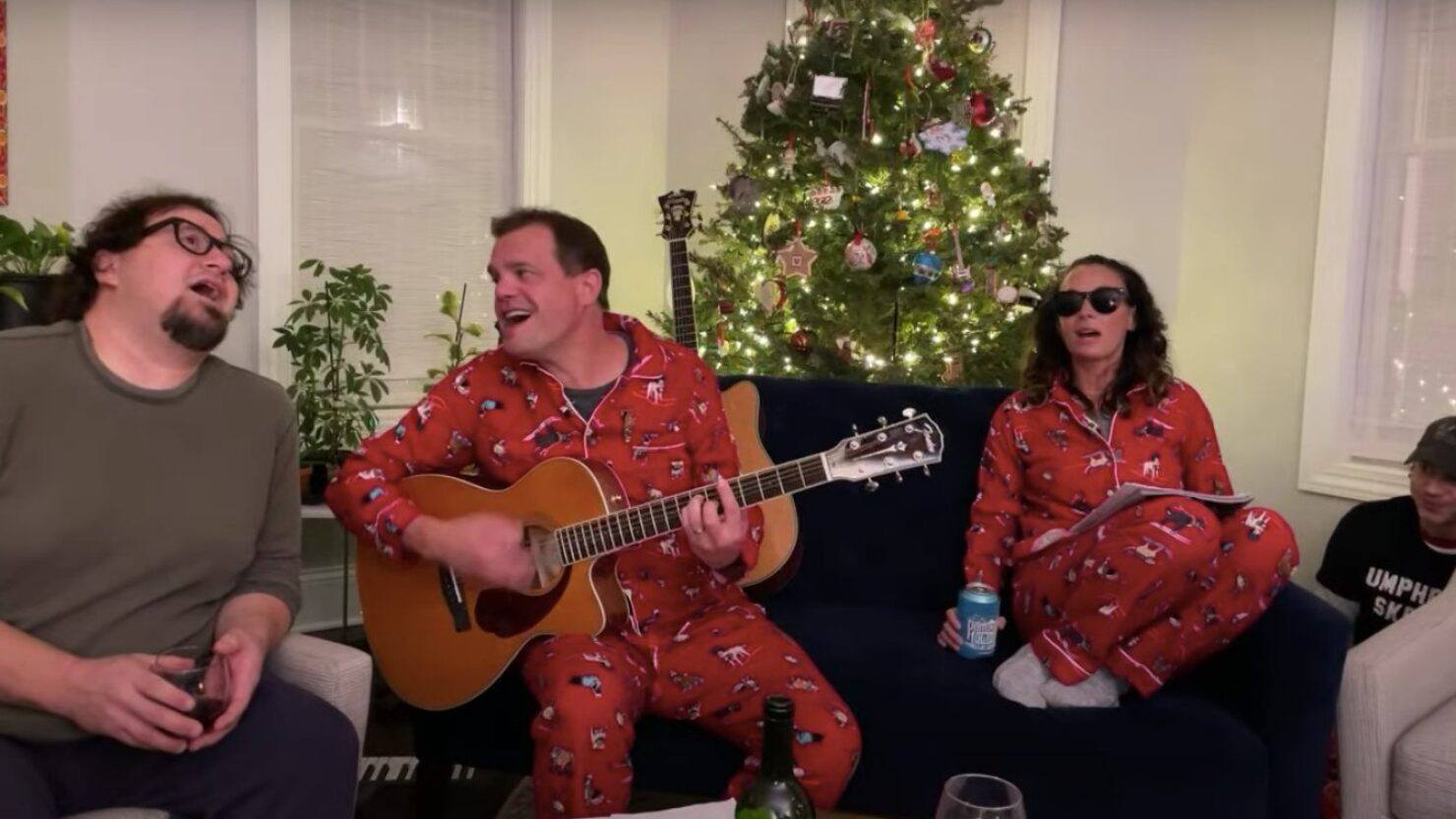 Annie Bayliss, Dave Thompson and T-Bird also joined in on the fun of holiday classics and more.

Brendan Bayliss chaired a meeting full of guests No wine: holiday edition livestream Friday night to benefit Chicago The popular music school. The guitarist has offered covers of Grateful Dead, The Band, moe. and more with some UM tunes.

â€œI would like to start the evening by congratulating my lovely wife on 11 years of marriage,â€ Brendan said to kick things off (more on the anniversary later). Bayliss then kicked off the music with Umphrey’s “Puppet String” before fulfilling his promise to play The Dead and move on to “Help On The Way”. BB returned to â€œPuppetâ€ to cap off the opening segment. The guitarist then performed Robbie Robertson’s song written by The Band, “Christmas Must Be Tonight”, before Umphrey’s “You And You Alone”. Then Bayliss welcomed his neighbor and No wine favorite T-Bird to put the harmonica on a “Silent Night Blues”.

Brendan then indicated that he would apply for UM’s â€œWaterâ€ before breaking his way into a song â€œwritten by a good friend of mine named Chuck Garvey,â€ Bayliss said. “He needs some positive vibes sent to him, so this one goes to Chuck.” moe. guitarist Chuck Garvey recently suffered a stroke and from “Water” Bayliss entered the moe. Chuck tune “Four”. Brendan then welcomed his longtime friend and vacation collaborator Dave thompson duet on Elvis Presley popularized “Blue Christmas”. The duo continued on to a stellar version of Simon & Garfunkel’s “I Am A Rock” with Dave as Simon and Brendan as Garfunkel.

Annie bayliss then had fun for “Do They Know It’s Christmas” written by Bob Geldof and Midge Ure and sung by supergroup Band Aid. The anniversary festivities then continued with Brendan and Annie performing the classic Dolly Parton and Kenny Rogers duet, “Islands In The Stream”. Bayliss then headed to the piano for an instrumental version of Vince Guaraldi’s holiday classic “Christmastime Is Here” by Peanuts notoriety. Back on the guitar, Annie once again joined the Pogues’ “New York Fairy Tale”.

With Brendan back on the piano – and T-Bird on a smaller keyboard – Dave and Annie performed a duet on The Counting Crows’ “Long December”, which saw everyone join the chorus. Dave then did his best Louis Armstrong impersonation on “What A Wonderful World” with BB guitar backing before everyone joined in again – including T-Bird on harmonica – to close things off with “Patience” by Guns N Roses.

Watch the entirety of Brendan Bayliss and the company No wine: holiday edition live below:

Setlist: Puppet String> Help On the WayÂ¹> Puppet String, Christmas Must Be TonightÂ², You And You Alone, Silent Night BluesÂ³, Water> Fourâ´, Blue Christmasâµâ¶, I Am A Rockâµâ·, Do they know it’s Christmas? âµâ¸â¹, Islands In the Streamâ¸â°, Christmastime Is Here + Ã—, Fairytale of New Yorkâ¸ Ã·, Long December âµâ¸[emailÂ protected], What a wonderful worldâµ #, PatienceÂ³âµâ¸ $

Gregory Goodloe’s “In Paradise” as a single