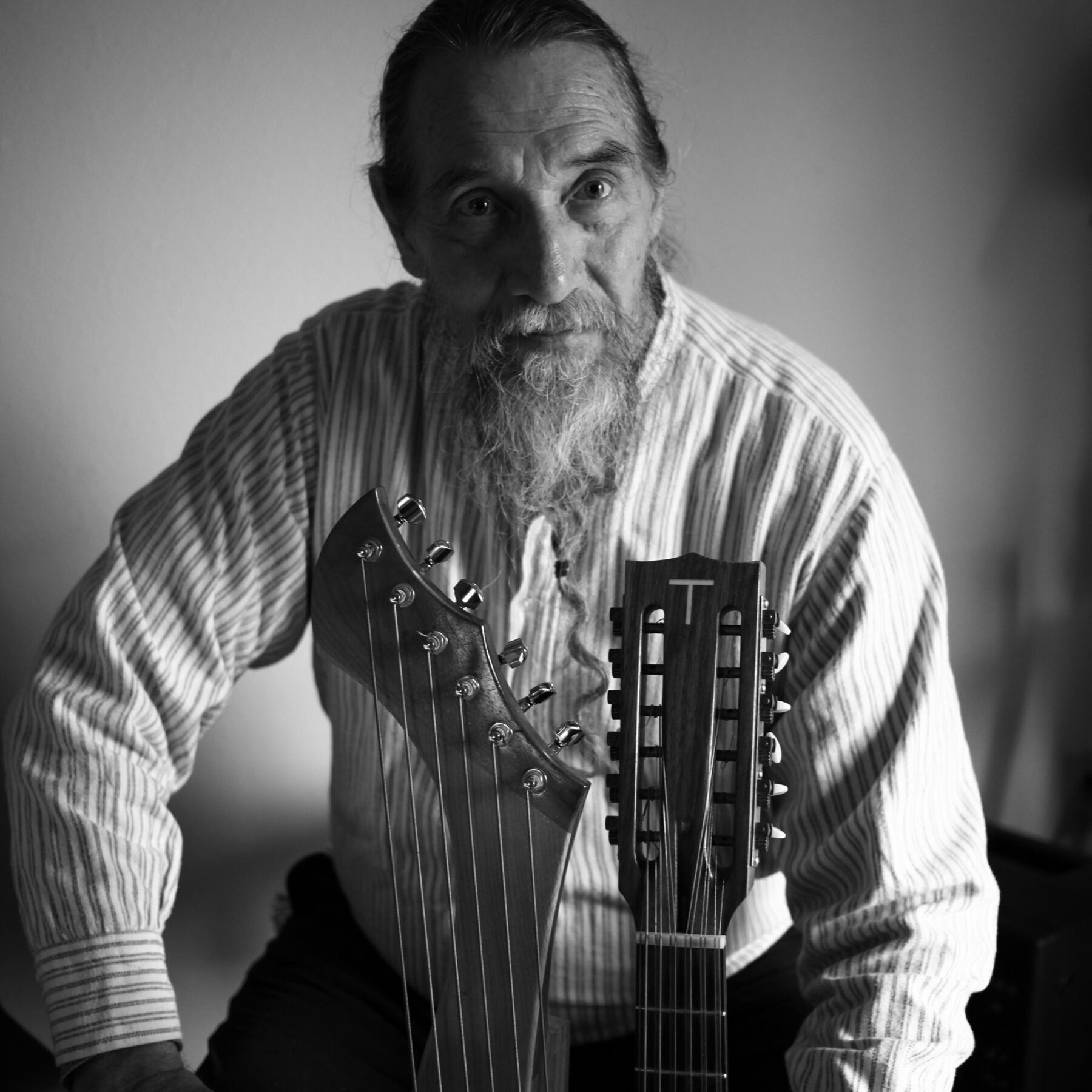 Brother Music / A Life of Sound
Arrives in Kanab on January 7, 2022

Blues legend Brother Music will perform in Kanab at the Peekaboo Wood Fired Kitchen on Friday January 7th from 6pm to 8pm.

The son of a country / swing musician, Jimmy Warburton began playing guitar like a water duck at the age of six. Together with his brother Josh, he started singing at the age of eight, organized a band at 15, and has never stopped performing for the past 60 years.

Whether playing dances in high school or on the Waikiki Strip while serving in the military, the 60s were formative years. Jimmy became James and in 1970 he acquired the label “Brother Music”. He has either led his own group or performed solo, sharing the stage with legendary artists such as Tina Turner, BB King, John Lee Hooker, Paul Butterfield, Charlie Musselwhite, Taj Mahal and many more.

Now Brother Music has brought back his “One-man band” format, added a Native American flute, and features original songs he calls “Spiritual Soul,” combining influences from multiple American genres and many influences from around the world. He’s played almost every gig imaginable, from a gypsy wedding to the backup of famous poet Alan Ginsberg, and everything and anything in between. The time he has spent living in the Orient, traveling the world and performing personally in sessions with very great artists, gives him a unique perspective – mixing world music with the many styles of American influences. traditional in its own original sound.

By adding the Native American flute and its oft-requested narration, Brother Music covers a wide range of listening pleasures. It’s no wonder his Spokane-based radio show Brother Music Soul Express on NPR has bolstered his status as an American music legend, thankfully, as he breathes and screams his unmistakable sound again.

Brother Music is available for private performances and parties in Southern Utah this winter and can be reached at 208-265-9295. Samples can be listened to on soundcloud.com and you can even catch a glimpse of him in front of Honey’s or Glaziers with his “Prayer Van” playing the Native American flute or some of his original spirituals.

Meet at Peekaboo Restaurant on Friday, January 7 at 6 p.m. for a taste of this unique veteran bluesman.

Sam Fender, a songwriter caught between fame and his hometown