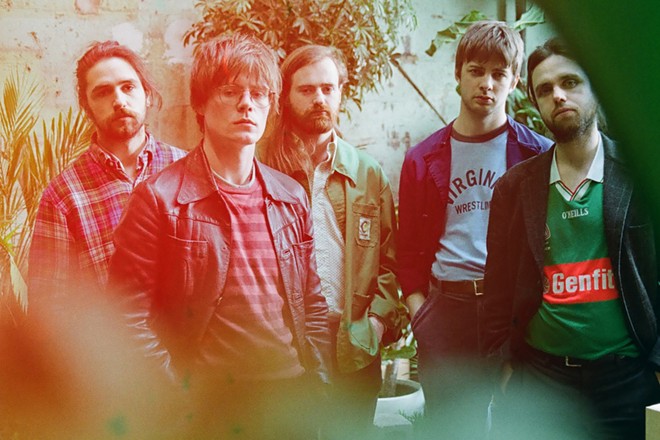 St. Patrick’s Day is divisive. On the one hand, it’s an opportunity to meet up with friends for a pub moment or a parade and taste corned beef and Guinness. On the other hand, like New Year’s Eve, it can turn into amateur hour. There are inevitably people who push the good times into drunken antics with a few too many shots of Jameson. Not judging – I was definitely the St. Patrick’s Day jester myself.

However you celebrate Ireland’s patron saint – and you absolutely should, says this half-Irish – you’ll need Irish music to soundtrack your festivities on March 17 (or your trip to Spokane’s St. Patrick’s Day Parade on March 12). You could throw in U2, and that’s perfectly acceptable. They are one of the greatest bands in the world, after all. Or maybe the pop-rock of The Cranberries, another multi-platinum Irish favourite, is more your scene.

Ireland has a lot more to offer sonically than old multi-platinum favourites, so dive into some of these suggestions to get you in the party spirit of the season.

THE POGUES
IF I SHOULD FALL FROM GRACE WITH GOD

The third studio album by Irish folk-punks The Pogues is a brilliant collection from start to finish. The 1988 version incorporates influences from the Middle East and Spain with a glossy effect. The Pogues have other great albums but they never topped this one.

PLAYLIST CHOICE: The title track and the moving “Streets of Sorrow/Birmingham Six”.

These Dublin-trained hard rockers delivered one of hard rock’s finest live albums with this set from 1978. Fronted by the dynamic Phil Lynott, Thin Lizzy kills on this double LP.

These young Dubliners formed just five years ago and have already released some killer post-punk studio albums, as well as this excellent live set last summer.

PLAYLIST CHOICES: “The Death of a Hero” and “Liberty Belle”.

Early U2 fanatics may remember this mid-’80s Dublin crew whose debut single, “The Bridge”, was produced by Bono. This 1986 debut album was their only major release, and they sound a bit more like Simple Minds or The Clash than their Irish compatriots. It’s a solid guitar-rock ensemble.

Yes, it’s a fictional group. And yes, the group does covers of American soul classics. But damn if the 1991 film (an adaptation of Roddy Doyle’s 1987 novel) and the soundtrack don’t hit the mark. Andrew Strong was just a teenager when he became the main voice of the film group, and Maria Doyle Kennedy takes over for covers of Aretha and the Marvelettes.

BOOMTOWN RATS
THE ART OF SURFACING

Before Irishman Bob Geldof launched Band Aid and Live Aid to avert Ethiopian famine, he fronted this excellent pop-rock band whose tunes and lyrical leanings fall into the realm of The Kinks and Elvis Costello. This album includes what is probably their biggest US hit (“I Don’t Like Mondays”), but there are even better deep cuts.

Given their raw aggression, you’d never know this Belfast band started out as a cover band named after a Deep Purple track (“Highway Star”). Stiff Little Fingers formed when violence was rife between those who were happy for Northern Ireland to remain part of England and those who wanted a united Ireland. And their arrival coincided perfectly with the rise of punk music. This version is a classic.

IN THE NAME OF DAD SOUNDTRACK

This 1993 film told the story of a father-son duo wrongly sent to prison in 1974 for terrorism during the Catholic/Protestant “Troubles” in Northern Ireland. Good movie, Daniel Day-Lewis is his typical big self. The soundtrack mixes old hits (Bob Marley, Kinks) with powerful new songs, including “You Made Me the Thief of Your Heart” by young Irish singer Sinéad O’Connor. It’s a slow-burning track that builds spectacularly in six minutes. Admittedly, not exactly a party starter.

Playlist Picks: “You Made Me the Thief of Your Heart” and Thin Lizzy’s version of “Whiskey in the Jar.” Maybe put Sinéad at the end of your mix for the inevitable crash after partying all day. ♦