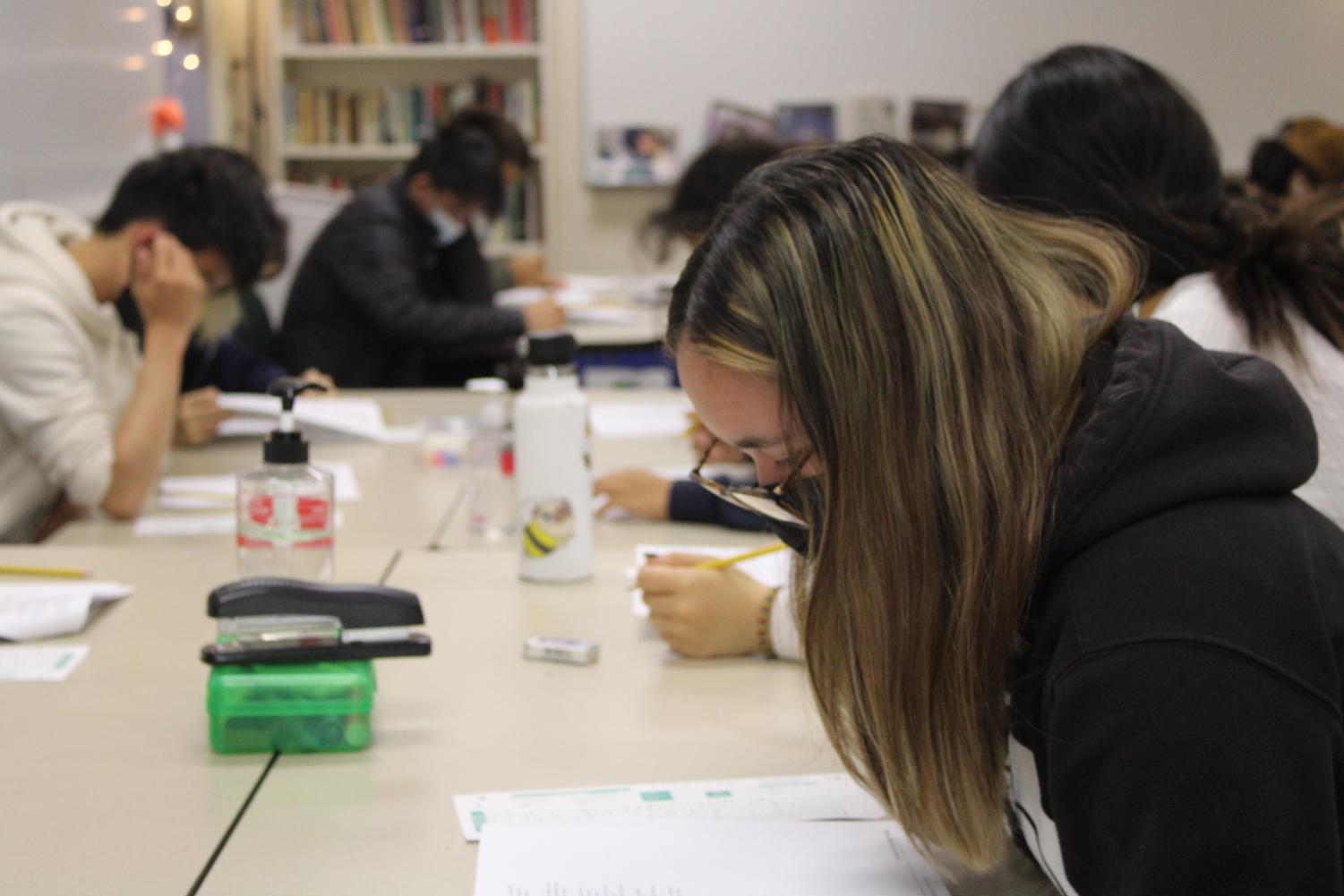 Due to capacity and proctor limitations, Palo Alto High School is moving some students to later testing dates for their Advanced Level exams.

According to Deputy Principal Jerry Berkson, some students with testing accommodations require individual testing locations and proctors, making it difficult to test all students on the same day. Given the large number of students taking tests, Berkson said it was impossible to accommodate all students at once.

“It’s a total numbers game,” Berkson said. “The junior class is the biggest class in history, and the senior class is quite big.”

According to Berkson, on-campus testing space is limited, especially with the impending relocation of administration following the Tower Building renovation.

“We started construction in portables in preparation for the Tower Building project, so we’re losing space there,” Berkson said. “There are only so many nooks and crannies in this place [Paly] test.”

Berkson said the most affected class is AP English Language and Composition due to its high enrollment rate.

Melissa Laptalo, an AP English and composition teacher, said she doesn’t see the schedule change as a problem, especially since very few of her students have been moved to a later date.

“I don’t know if anyone is in a bad position,” Laptalo said. “I think the majority of my students are on test day, and I think that’s probably great.”

Laptalo said she thinks it’s best for the majority of students to take the exam on the usual test date.

“If I was a student, I’d rather be in the first regular group,” Laptalo said. “I think there’s something common about everyone sitting down all over the country to do it all together.”

To avoid conflicts with finals, which seniors sit a week before other students, Berkson said the administration avoids moving seniors to the later testing window.

“We tried to make sure the seniors were done,” Berkson said. “The second fixture is right around the senior finals, so we definitely tried to sort that out.”