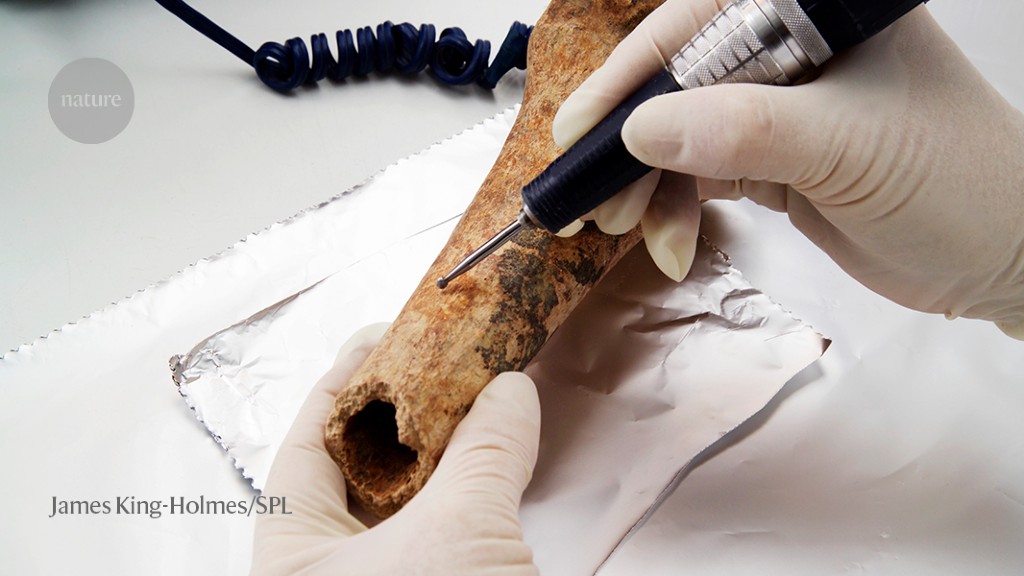 Researchers tracking ever-increasing levels of atmospheric carbon dioxide have charted a historic moment. As of 2021, the burning of fossil fuels has officially changed the composition of carbon isotopes in northern hemisphere air enough to negate a useful signal from nuclear weapons testing.1.

This could cause problems for valuable carbon dating techniques. Modern objects now resemble objects from the early 20th century in terms of radiocarbon dating, says Heather Graven, a chemical physicist at Imperial College London who has studied this effect for years. The trend “could soon make it difficult to tell if something is 1,000 years old or modern,” says Paula Reimer, a radiocarbon dating specialist at Queen’s University Belfast, UK. While there are usually other clues to an object’s provenance, “there are often stray finds without that information,” Reimer says, such as unidentified human remains that may have come from a historic burial site. or a recently deceased person.

The development also means that forensic scientists will no longer be able to use radiocarbon fingerprints to determine the age of materials such as ivory, antiques and wine. “If you work in the forensic field or if you detect counterfeits, it’s a really sad moment,” says Tom Higham, an archaeologist at the University of Vienna.

Carbon dating techniques rely on the fact that there are several isotopes of carbon in the air. Stable carbon-12 is the most common. But there is also a small amount of radioactive carbon-14, which is generated mainly when cosmic rays interact with the atmosphere. The proportion of carbon 14 naturally varies over time.

Living things absorb both types of carbon. After they die, the relative amounts of the two isotopes begin to change as radioactive carbon-14 decays with a half-life of 5,700 years. By measuring the amount of carbon-14 remaining in an object, researchers can date organic materials, such as wood, fabric or bone, that are up to around 55,000 years old. Generally, the smaller the carbon-14 ratio, the older the material.

Between 1952 and 1962, nuclear weapons testing released a spike in “bomb carbon” that quickly doubled the amount of carbon-14 in the air. Since then, this carbon-14 has been slowly absorbed by living things and the ocean. At the same time, burning fossil fuels rapidly releases CO2 which does not contain carbon 14.

As of 2021, these two effects officially cancel each other out in the Northern Hemisphere (see “Altered Carbon”). This means that the rate of carbon 14 in modern materials is now the same as in those of pre-industrial times. And because fossil fuels are still being burned, the proportion of carbon-14 in the air will decrease further, mimicking even more the conditions of the past. By 2050, Graven predicts1the carbon-14 level will be similar to what it was in the Middle Ages (between the 5th and 15th centuries).

When there are ripples and spikes in the proportion of carbon-14 in the air over time, radiocarbon dating cannot always distinguish one date from another. This is true for the period of 800 BC at 400 BCfor example: “You literally can’t date anything [precisely] over those 400 years,” says Higham. The phenomenon of fossil fuels canceling the carbon of bombs offers another possibility of confusion with radiocarbon.

For modern objects that are only decades old, the decay of carbon-14 is negligible. But the rapid spike in carbon-14 released by nuclear weapons created a diagnostic “bomb curve” of carbon-14 levels. “It’s the silver lining of bomb testing,” says Higham. This means that the amount of carbon-14 in an object can provide an accurate time stamp for organic materials formed between around 1960 and 2020. Higham used it to detect counterfeit whiskey and date Chinese tea, among other things; the technique has been used on everything from groundwater to human cells2.

Researchers had known for a long time that the end of this technique was coming, but the increase in CO2 emissions accelerated the process. In the coming decades, as the use of fossil fuels declines and the bomb curve flattens, the value of carbon-14 will no longer be the diagnosis of a date. “It’s such a shame,” said Higham.

“This wildlife forensics tool; the window is closing on its effectiveness,” says paleoecologist Kevin Uno of Columbia University in New York, who has used the curve of the bomb to date ivory samples and study elephant poaching.3. “It’s a bit depressing.”

The disappearance of the bomb curve means researchers will increasingly have to rely on other techniques or isotopes to do their dating, including a third type of carbon, carbon-13. be other radionuclides that we can use,” says Uno.