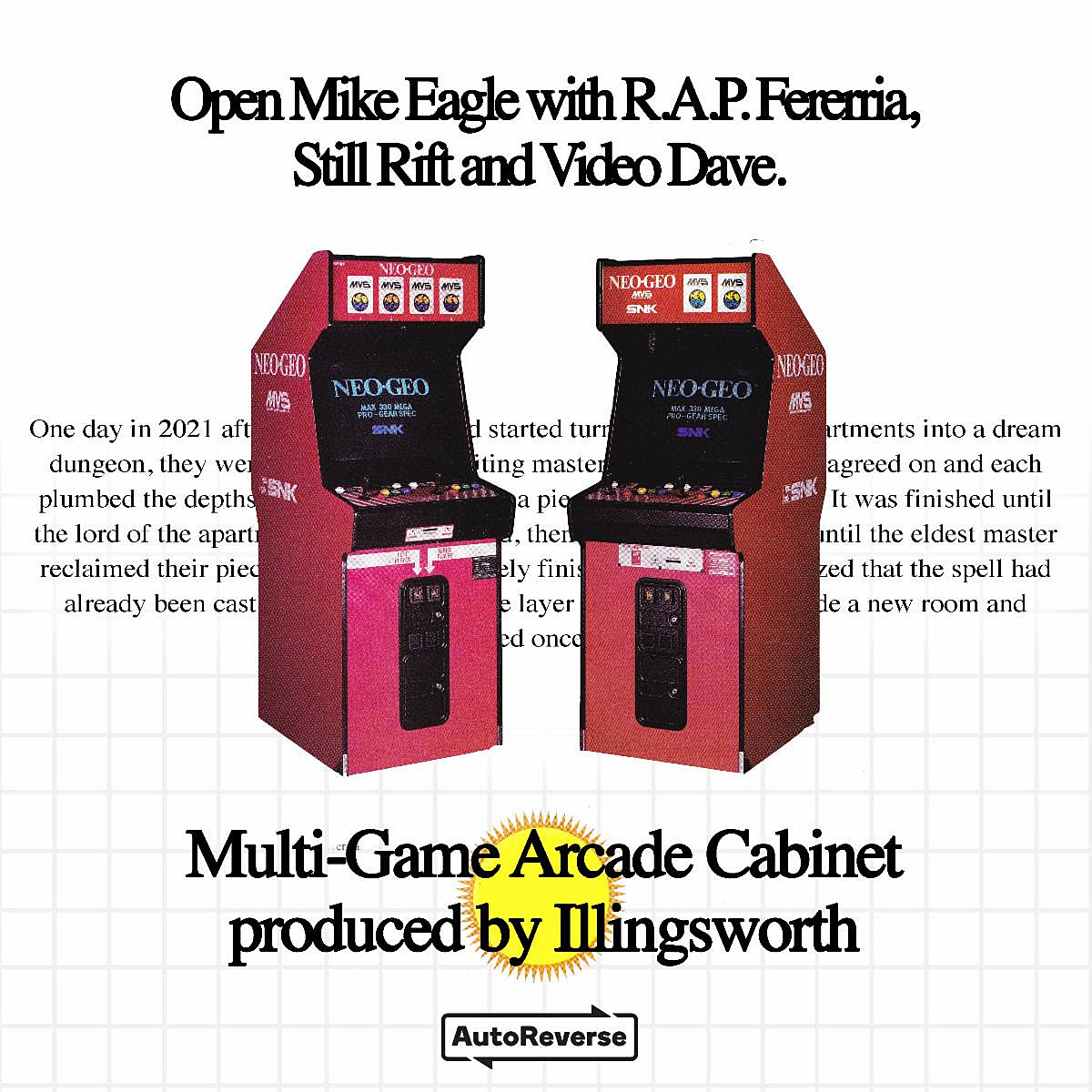 Charli XCX, Chance the Rapper, Cardi B and more

So many artists, so little time. Every week, we review a handful of new albums (from all genres), round up even more new music that we’d call “indie” and talk about what’s coming out of metal. We post music news, track premieres and more all day. We update a weekly playlist of some of our current favorite tracks. Here is a daily summary with a bunch of interesting and recently released songs in one place.

Kid Cudi released a new song for sonic the hedgehog 2and he finds him playing his upbeat synthpop.

Summer Walker and SZA’s “No Love” was one of the best R&B songs of the last year, and now it’s getting a new, extended version that begins with a newly added verse from Cardi B, which does airy R&B on this one- this.

Chance the Rapper has released their first single of the year, and it’s a soulful soul/jazz/rap hybrid that features Moses Sumney.

Nicki Minaj teams up with Fivio Foreign for “We Go Up” and it sounds like she’s serious about this dark, tough, and very New York song.

MESHUGGAH – “I AM THIS THIRST”

Meshuggah has shared a new single on their upcoming album Immutable, and it sounds as rhythmic and punchy as you’d hope. Get the limited orange/red opaque vinyl album.

British rapper/singer Bree Runway tones things down for a gooey 80s R&B/pop slow jam with “Somebody Like You.”

Charli XCX has released a new album, crashlast week, and now the deluxe edition has been released, which includes four new songs: “Selfish Girl”, “How Can I Not Know What I Need Right Now”, “Sorry If I Hurt You” and “What You Think About Me.”

Ride’s Andy Bell just released “World of Echo”, the new single from his excellent second solo album Sway, and the B-side is a cover of Arthur Russell’s “Our Last Night Together” from the 1986 hsi album echo world. Bell turns Russell’s haunting original into a more spectral psychedelic experience.

Reuben’s Daughters, the British group from Bath, produce lovely pastoral pop that resembles the first buds of spring. Their first album, Grandma Watacomes out next week and here are two songs.

Channel Tres has shared two new songs in a style it calls “Compton house”: “Acid in My Blood” hits with smooth techno/house vibes and sprinkled with electro handclaps; while “Ganzfeld Experiment” was written using William S Burroughs’ decoupage technique and “uses the concept of telepathy to dissect the breakdown of a romantic relationship”. Nick Sylvester of Godmode produced both.

Brian Case of FACS (and Disappears and The Ponys before it) has a new tape, Tropics, which splits the difference between blissful ambient noise and unsettling noise. Is it a dream or a nightmare or just 2022? The tape was released on May 6 via Trouble in Mind but you can stream it all now.

CINCHEL – A PLAN FOR SOME TIME

Chicago cinchel works in “the interaction of sounds/notes with themselves”, using only “delay, layering and distortion, I’m trying to get a lot of guitars to not sound like guitars anymore “. His new tape features seven tracks that float uncomfortably in the ether (that’s a good thing). It comes out on May 6 via Trouble in Mind but is available to stream now.

“I had recently lost my grandmother when we wrote this, and we bonded over how privileged we were both to really get to know them, even being told the hardest parts of aging and time. happening,” Caroline Spence says of the song she co-wrote with Matt Koziol. “We spent the morning sharing stories about them and nearly quit it one day after getting stuck at the end of the chorus.” Caroline’s new album, The True Northreleases April 29.

JOSHUA HEDLEY – “RIVER IN THE RAIN”

Longtime Canadian country singer Corb Lund is gearing up for a new album, Songs my friends wrote, which are literally covers of songs written by friends of Corb, and will be released on April 29 via New West. The latest single is a cover of John Evans’ rockabilly jam “Pasa-Get-Down-Dena”.

MAPACHE – “THEY DON’T KNOW AT THE BEACH”

After channeling the Grateful Dead in the early ’70s on “I Love My Dog,” Mapache embraced some Beach Boys vibes on their second Roscoe’s Dream Single.

Australian band Semantics will release their debut album paint me blue on May 20 via SideOneDummy, and new single “Get In The Car” is a happy, jangly, punky song that sounds straight out of the ’90s alt-rock era.

DONOVAN MELERO (HAIL THE SUN) – “BETTER FOR NEXT”

Donovan Melero, vocalist of progressive post-hardcore band Hail the Sun, will release his new solo album Chelsea Park after dark on April 22 via Equal Vision. New single “Better for the Next” applies her soaring vocals to a piano ballad.

Post-hardcore trio Vagrants have announced a new album, be consumed, due later this year on Equal Vision. The title track is out now, and it’s a very cool mix of melody, aggression, and atmosphere.

WE ARE THE UNION – “OHMYGOD” (EICHLERS COVER)

New album from the artist Hyperska Eichlers My checkered future was released today on Bad Time Records, and for the occasion, label mates/collaborators We Are The Union covered his off-album track “OHMYGOD,” giving it a third-wave ska-punk vibe.

Sacramento’s death metal abysmalists release their Vile Possession LP on April 8 via Maggot Stomp, and you can get a taste of their OSDM-style brutality with debut single “Therapeutic Exhumation.”

Julie Doiron is on tour in Spain and Portugal, and she has shared the latest volume in her series of Canta En Español which are, as the title suggests, folk songs sung in Spanish.

TOWER OF LIGHT (ON THE POWER OF PRINCES, SPOTLIGHTS) – “WHEN THE MASK FALLS”

Chris Enriquez has played drums in countless bands including On the Might of Princes, Gracer, Spotlights and many more, and now he’s pursuing a solo project under the name Light Tower, and his self-titled debut EP is coming on April 22 via Iodine. Lead single “When the Mask Drops” is a 90s shoegazy post-hardcore that fans of Quicksand, Jawbox, Hum, Deftones, etc. will probably love it.

The Rolling Stones announced Living at El Mocambo, which was recorded during the band’s legendary surprise show in Toronto on March 5, 1977, when the Stones opened for local band April Wine as “The Cockroaches” in a 300-seat venue. You can hear two songs now and read more here.

Neil Young announced three live albums recorded in the early 70s and shared one song from each. Learn more about them here.

David Knudson, guitarist for beloved defunct bands Minus The Bear and Botch, has announced his first solo album and shared two songs. The album was produced by former Minus the Bear collaborator Sam Bell, who also sings on one of the two new singles (“Rewind It”), and the other single, “Jealous Time Steals”, features David with Minus the Bear frontman Jake Snider. . Learn more here.

As mentioned recently, Trivium’s Matt Heafy is releasing a black metal album under the name Ibaraki which was produced and engineered by black metal veteran (and Emperor frontman) Ihsahn, and features guest vocals by Ihsahn, Behemoth’s Nergal and My Chemical Romance frontman Gerard Façon. The song with Gerard is out now, and you can find out more here. Get the limited white vinyl LP.

Bruce Hornsby has announced the latest album in his trilogy of albums which feature hip, younger guests, and lead single “Sidelines” is a duet with Vampire Weekend’s Ezra Koenig which was co-written by Blake Mills who also plays guitar on the album. Learn more here.

THE MASSACRE OF BRIAN JONESTOWN – “THE REAL”

Flaccid Mojo, aka Bjorn Copeland and Aaron Warren of Black Dice, will release their debut album in June via Castle Face. “This record is a car on fire in a field and I love it,” says John Dwyer of OSEES.

“I 100% ripped the chords out of that song from Jason Molina’s ‘Almost Was Good Enough’,” admits Wednesday’s Karly Hartzman. “When I wrote it, I had just finished reading his biography ‘Riding With the Ghost’ which contains a ton of information about Molina’s music and by extension the early days of Secretly. I thought that channeling his music for our contribution to SC25 would be appropriate!” This song was released as part of Secretly Canadian’s 25th anniversary celebration.