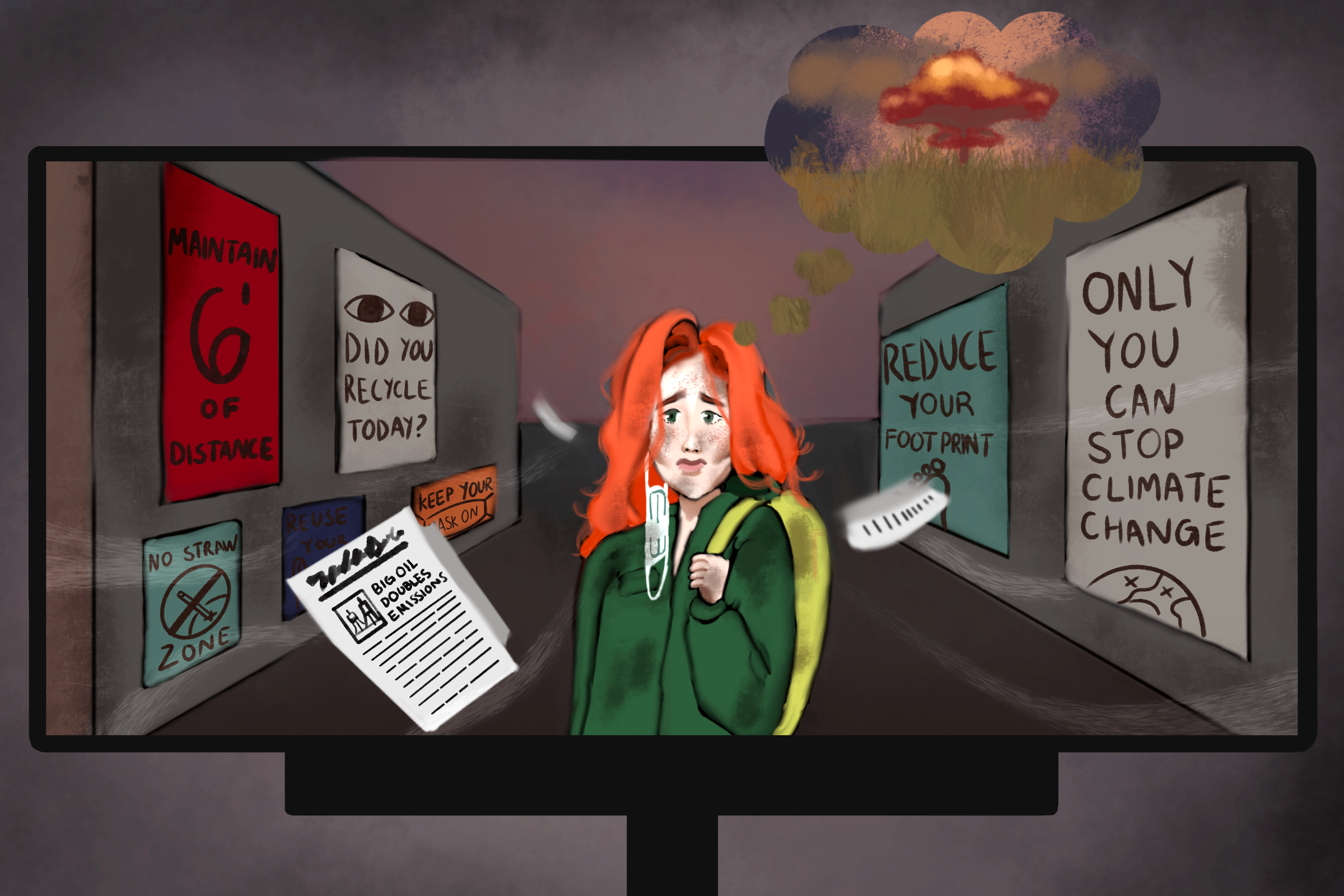 Collection of thoughts on the end of the world

I would say I think a lot about the end of the world – and I actually blame the song “If the World Was Ending” by JP Saxe and Julia Michaels, which exploded on TikTok in 2020. Since then, I’ve been struggling to get the idea out of my head. In the song, Saxe and Michaels are two lovers who have fallen apart and gone their separate ways. When an earthquake hits the town they reside in, they both ask themselves the question: “If the world ended, you would come, right?” It’s every bit as grumpy and dishonest as it sounds. While it’s likely this was more of a break up or ‘in your feelings’ type song than any meaningful commentary on the end of the world, it got me thinking in my own way. to think of an inevitable apocalypse.

Whether it’s zombies or Armageddon, it’s pretty fun to imagine a massive, heartbreaking end of life as we know it. Where would I be? Who would I call? What would I want in my final moments as the world crumbles around me? Fun might not be the right word, but it’s certainly easier to glorify the apocalypse with sensational movies like “2012” than to sit back and realize we’re already experience the end of the world – and it’s actually far worse than any Roland Emmerich movie could be. I wish the coming apocalypse felt a little more like the 2018 movie “Bird Box” with its dramatic premise that has characters making gripping life or death choices, or even the world of “The Maze Runner.” which at least gave us some characters to research and some cool robot bugs.

Our apocalypse might be similar to the stuff of our best sci-fi writers, but it sure won’t have the glamour. To be completely honest, the end of the world doesn’t really scare me, I think it probably should. Instead of that fear, there’s more of a passive understanding that what’s going to happen is out of my control. Maybe I should be angrier about the looming world climate change disasters or the continuing threat of a major event world conflict which has the ability to wipe out life on Earth.

As things stand, most of the time I feel powerless to make any meaningful change that could possibly end the rapid downward spiral the world is heading towards. With the constant emphasis on individual actions acceptable enough to appeal to the masses as reusable bags and paper strawswe often lose sight of the real forces that have the power to send the world as we know it into a veritable apocalypse – corporate greed and capitalism.

If that sounds too nihilistic, it’s probably because I just finished reading Tom Kaczynski’s “Beta Testing the Ongoing Apocalypse.” Scheduled for release in March of this year, “Beta Testing the Ongoing Apocalypse” is an expansion of Kaczynski’s 2013 comic book collection, “Beta Testing the Apocalypse”. With comics from ‘The Drama’, ‘Punk Planet’ and ‘Backwards City Review’ plus two new stories, Kaczynski creates a work that forces the reader to look directly at the worst parts of our world. This honest and decidedly cynical style of writing fits perfectly with Kaczynski’s subject matter. If he is not afraid to have a little fun telling his stories, he is able to masterfully examine the world we live in and the place of human beings in it.

One of my favorite stories in the collection is called “Million Year Boom”. Originally published in MOME 11 in 2008 and reprinted in the anthology Best American Nonrequired Reading in 2009, our protagonist was recently hired at a start-up seeking to gain prominence in the “green economy”. The protagonist notes that the conglomeration of “hippie scientists, lawyers and managers, drowned in investor capital” all lacked any semblance of corporate identity and “rather stretched their tentacles” across a variety of industries. . Sounds pretty familiar. As the protagonist spends more time starting up, he begins to experience allergy symptoms, which quickly disappear when his colleague suggests a drug that takes away his symptoms. As the story continues, the protagonist becomes more distinctly animalistic, with his heightened senses stimulated by drugs as well as new primal urges.

Kaczynski does a better job of writing and illustrating the story than I could ever achieve in explaining it. As Adalbert Arcane explains in the Notes and Theories section of the novel (absolutely necessary reading if you’re reading this book), “Million Year Boom” “…delves into the primitive urges hidden within us beneath a thin veneer of civilization.” Arcane goes on to say that in order to save the planet, humans need to transform. “Even all green activists see the planet as something to be protected (we are more important than nature) or insist that we must deindustrialize (i.e. delegating, implicit in this request is our already existing evolution beyond nature).

As an environmentalist, I don’t know what it’s like to think about preventing a climate change-induced apocalypse from happening that doesn’t include a sense of need for protection. Maybe this need to protect really comes from a sense of importance to nature – after all, I think it could be argued that we have controlled nature to the point where we can use it to meet all our needs.

I am also convinced that no matter what happens to our Earth – whether life continues for the next 1,000 years or the climate crisis kills us all in the next 100 years – nature will find a way to carry on without us. Arcane also addresses this point in his Notes and Theories on Kaczynski’s Unpublished “Utopia Dividend”. Arcane mentions the countless times nature has filled in the areas that humans have left behind, filling in the voids and again creating wild spaces. However, Arcane also says, “When environmental activists talk about isolating and preserving natural habitats, deindustrializing and denuclearizing, they are actually talking about humans leaving the planet. This can only be achieved by two means: extinction or exodus.

I’m not sure the solution to saving our planet and preventing an apocalypse is simply to leave. While that would certainly solve the problem on Earth, it would extend the inevitable by the time we all pack up and move to another planet, or eliminate humans from existence altogether. I may not be fear of the coming apocalypse, but I’d still rather it didn’t happen! And I would rather humanity survive for future generations. Unfortunately, I don’t have any of the answers. Is it better to be more pessimistic or optimistic about the state of our climate crisis? Do my individual actions really matter in preventing the man-made apocalypse from happening? Is hope for a better future all we have? Guess I’m just crossing my fingers that I can figure it out before the apocalypse comes.

Dallas Wayne, singer-songwriter: We are ‘blessed’ in America, we need to remember ‘the basics’