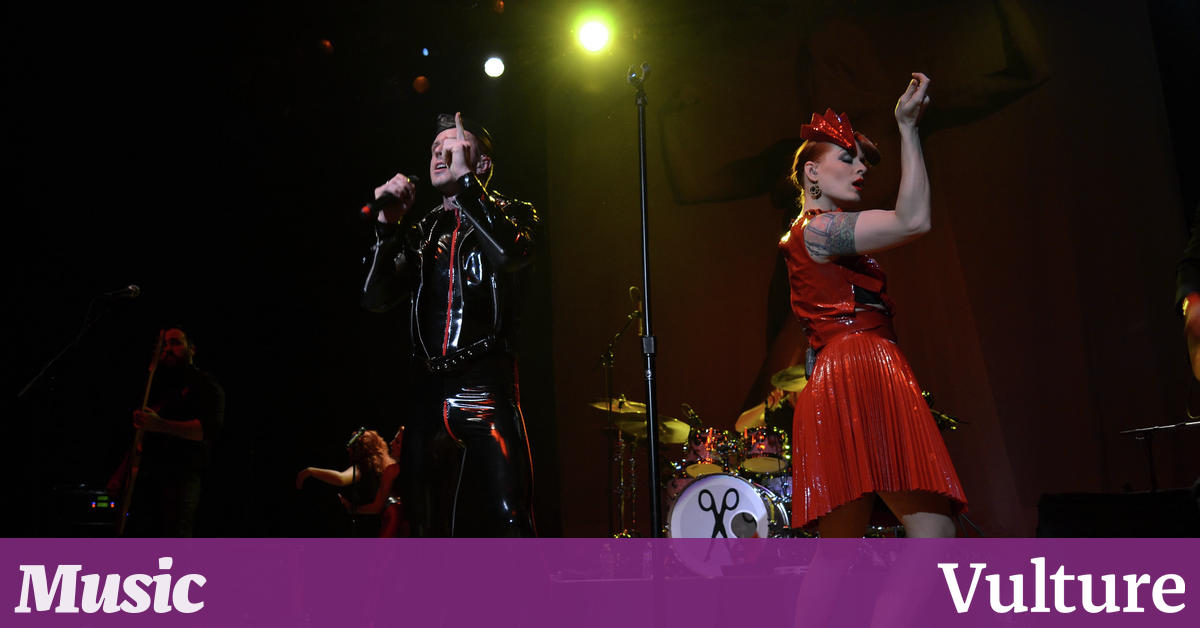 Covers and more: who owns a song?

One of the permanent fixtures in the CD player in my mother’s car throughout my childhood was the self-titled 2004 album by the Scissor Sisters. Although my brother and I were too young to understand the sexual overtones of most songs (I don’t know how we missed the real meaning of “Tits on the Radio”), we loved the catchy beats and electric guitar. . The third track was “Comfortably Numb,” furnished with an echoing falsetto and bouncy synth. On my way to elementary school, I imagined him playing at the adult parties I would one day attend.

Many years later, I accompanied my brother to a hardware store to buy a remote control car. As I walked the aisles of balsa wood and superglue, I recognized a few words over the shop’s speakers. It was “Comfortably Numb”, but not as I knew it. This version was painfully slow and, compared to the energetic Scissor Sisters version, remarkably boring. A quick google shot shocked me: it was the original version?! But it was so much worse!

“It almost seems disrespectful, then, for the Scissor Sisters to make a catchy disco track out of it”

Hindsight has revealed that Pink Floyd isn’t necessarily “worse” than the Scissor Sisters, but my teenage reaction to my discovery raises questions about value and ownership. The Scissor Sisters’ recording is almost impossible to identify as the original Pink Floyd: its melody, instrumentation and tempo are all different. Even some words have changed: Pink Floyd’s “smoke from a distant ship on the horizon” becomes “a distant ship floats on the horizon”. They are almost entirely different songs. The Scissor Sisters meet the cover’s denotative definition – “a new performance or recording by a musician other than the original performer or composer” – but their “Comfortably Numb” sounds more like an original track than a performance. by Pink Floyd.

Before the mid-20th century, there was really no conception of a “cover version”: the music was meant to be experienced live, so it didn’t matter who wrote it, only who performed it. Folk songs were passed down from generation to generation, and when sheet music began to be published, as many artists as possible were encouraged to perform the song. More performances meant more music sold. Folksongs were also used to show artists’ technical expertise and stylistic range, with jazz standards being the most prominent example. There was little notion of ownership over the songs.

“The covers show that art is about giving experience”

Today, artists have little legal ownership over their tracks. Since 1909, US copyright law has protected artists’ rights to record and publish a cover version of someone else’s song, even if they don’t have permission from the original composer. . All they need is to pay a standard fee. If I was a recording musician, I think I would find that hard to digest. What if I wrote a really personal song and someone completely butchered it in a cover?

‘Comfortably Numb’ is part of Pink Floyd’s concept album The wall, which follows a fictional rock star, but the lyrics are taken from real-life bassist Roger Waters. He wrote the track about injecting a muscle relaxant for stomach cramps before performing in 1977. He called the performance “the longest two hours of [his] life”. The song is therefore taken directly from his personal experience, an artistic expression of a struggle he faced. It seems almost disrespectful, then, for the Scissor Sisters to turn it into a catchy disco track. The lyrics “I hear you’re feeling down / Well I can ease your pain and get you back on your feet” are menacing coming from Pink Floyd’s narrating doctor but energizing in the context of the dance culture of the Scissor Sisters. Pink Floyd doesn’t seem to care, though: David Gilmour, who wrote the music, has publicly expressed his admiration for the cover featuring Waters.

The example of these blankets shows that art is about giving experience. The Scissor Sisters dramatically reinterpret Waters’ words, taking them out of their original context, but so do Pink Floyd listeners every time they hear the song. Producing art from personal experience does not and cannot guarantee perpetual ownership. Covers are a case study for the world of music, but so are literature, visual arts, dramatic performances, and other artistic expressions. In his article on Suzan-Lori Parks’ play In the bloodRena Fraden says the play is about when “the thing you wrote, the child you bore [isn’t] more to you”. Art, like children, may come from you, but it is unmistakably independent, acting of its own volition in the outside world. With the greatest respect for Pink Floyd, I think my teenage value judgment is valid. If I like the upbeat dance beats of the Scissor Sisters better, then that’s okay, no matter what Waters was planning on doing. I will continue to boogie without guilt.

We are therefore almost entirely dependent on advertising for funding and expect to have a few difficult months and years ahead.

Despite this situation, we will look for inventive ways to seek to serve our readership with digital content and of course also in print!

Therefore, we ask our readers, if they wish, to donate from as little as £1, to help cover our running costs. Thank you very much, we hope you can help us!

Enter the crowded studio of Lonnie Holley, whose latest works include ceramics and musical compositions