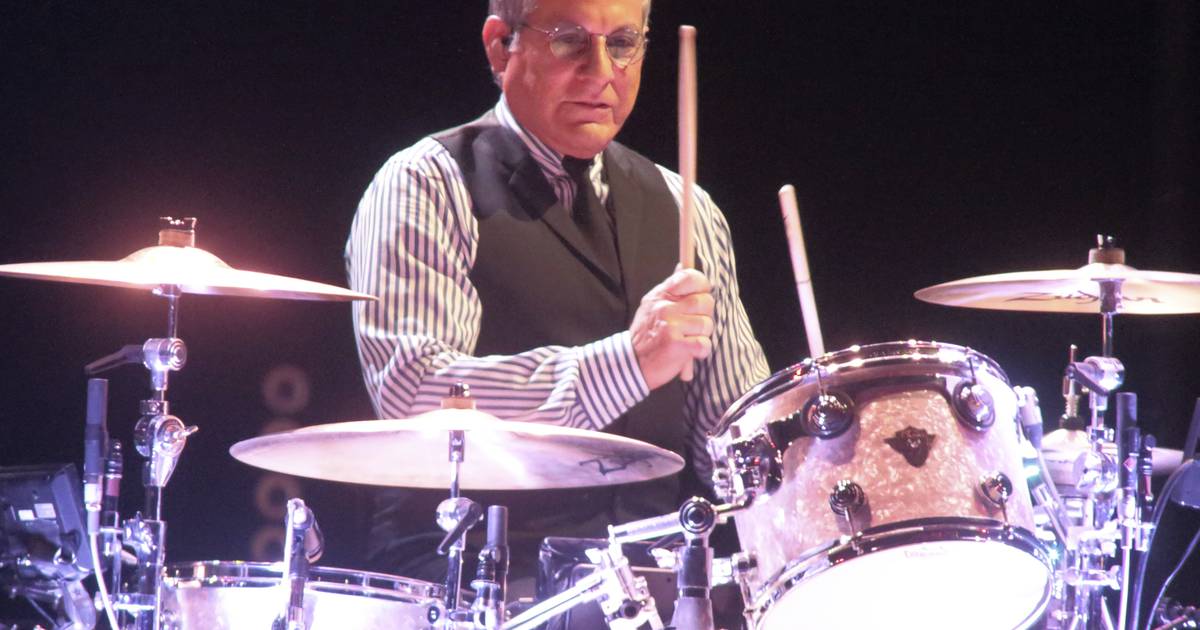 Fifteen years ago, a silent man in a green work uniform – something you might see a janitor or mechanic wear – stepped forward at the call of his name, pulled out a pair of chopsticks battery from his back pocket and sat behind a gleaming battery. at Towson’s Guitar Center.

He was a middle-aged man, the oldest contestant to show up for a Saturday drum in the music store. The man suddenly burst into a riff that was shocking in its excellence, building into a dizzying crescendo. He played without fear but without any of the wild beats of the young competitors who came before him. When he finished, he quickly left the store, as if to get back to work. We were all in awe.

Having been a drummer before, I remember thinking: this guy just had to roll, and I know the condition. Whatever his job in real life, he can’t compete with the happiness that comes with a great performance on the drum throne.

The world of big bands and rock has inspired many great and good drummers, and that includes hundreds of hobbyists who kept their kits in garages or club basements or who, like me, have long since given up on the dreams of being Ginger Baker.

But once a drummer, always a drummer, and we continue to admire those who have made it their life.

The occasion for this reverie is the arrival in Baltimore of Max Weinberg, the drummer of the E Street Band, drummer of Bruce and later drummer of Conan O’Brien. Weinberg was due Thursday night at the Gordon Center in Owings Mills for his “Jukebox” tour, in which his four-piece band (two guitars, bass and drums) perform audience-selected songs from the 1960s, 1970s and 1980s.

Max Weinberg’s Jukebox is a throwback to his pre-Springsteen days, when barely a teenager he played with bands in New Jersey bars and customer requests came in late at night. The Jukebox band has a repertoire of 300 songs, but, of course, that barely covers all the tunes an audience could ask for.

“The beauty of the Jukebox,” says Weinberg, “is that the guys I play with know every song. So if one or two know [a requested song], OK, try it. It was coming to bars in Jersey and playing in bar bands you had to play long hours and if not Top 40 songs definitely FM hits so you learned to be versatile enough and to know all this material or at least how to pretend.

Weinberg’s drumming dates back to the age of 8 and his youth in Jersey. His first kit was a $62 Kent.

Of course, nine years later he became Springsteen’s drummer, and the rest is rock music history – 15 tours and hundreds of gigs over five decades, millions of fans, a long and successful discography . Weinberg also led the band for O’Brien’s late night show for 17 years. He has a big brain for music history and wrote a book about his favorite rock drummers, later accompanied by an anthology of recordings that inspired him.

The first: “Hound Dog” by Elvis Presley. Weinberg saw Presley’s band perform it on television in the 1950s. The song features a short but powerful roll by Presley’s longtime drummer, DJ Fontana.

“Everything stopped in the air when [Fontana] hit that big drum roll in “Hound Dog,” Weinberg says. “It was kind of the big bang time for me, years and years before the Beatles. I was at the perfect age to channel [my] the energy and ability in the British invasion and the rock ‘n’ roll that came out of it.

Having seen the E Street Band in concert four times, I have always been impressed not only by Weinberg’s superb and precise drumming, but also by his dapper, dignified demeanor and minimal sweat. Like the man who shocked us at Guitar Center, Weinberg sits straight in front of his kit and makes limited use of his arms, something he learned from Gene Thaler, his first teacher in Maplewood, New Jersey.

“He insisted that you had to keep your elbows close to your body,” says Weinberg. “It’s much more efficient. …I keep my cymbals low and close, so I don’t have to strain very hard to reach them and play. With Bruce, very often we play almost four hours and sometimes more, and if you collapse, your back will really hurt.

I asked if there was one song in particular, in the vast universe of rock songs, that he likes to play with his band Jukebox.

“It might sound crazy, but there’s not a song I don’t like to play,” Weinberg says. “I enjoy them all. I try to play them authentically, not as accurately as whoever made the record, but if I play a Beatles song, I try to invoke Ringo’s spirit. If I play a soulful song, a Muscle Shoals song, I invoke the spirit of Roger Hawkins – tight hi-hat, not splashy So I guess I’m a student of endless varied styles.

Max Weinberg – 71 years old, always in search of his happiness, always fearless on the throne of the drum.

TIM ‘RIPPER’ OWENS: It would be ‘fantastic’ if ROCK HALL…