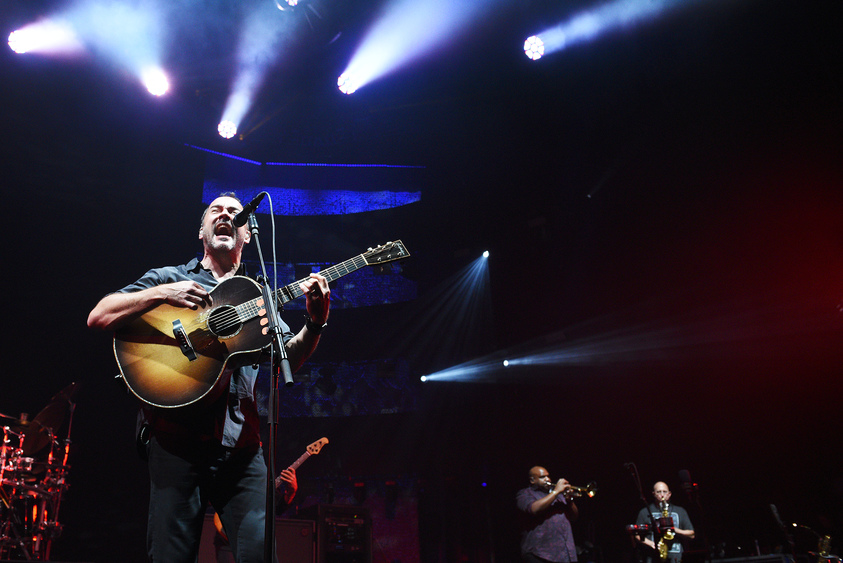 Dave Matthews Band’s performance is worth the wait

Dave Matthews is a brave man, standing in front of 16,000 fans, strumming and singing the difficult voice of “Rye Whiskey” as his band sat and watched at the Saratoga Performing Arts Center. These are fans who bought their tickets for a canceled show in July 2020 and are finally seeing the Dave Matthews Band after more than a year of waiting. He stood there, his face crumpled, his high falsetto voice screaming the slow, emotional lines, “If you don’t give me my rye whiskey, I’ll surely die.”

From there, the whole band moved on to the mellow “One Sweet World” and “That Girl is You”, and the show was going on, up and down with each song, some moments higher than others, but all. the music was tight, smooth and exciting.

Matthews is nothing but exciting. He can incorporate a slow-build into anyone’s song, thus structuring almost all of his live tracks. The band members – cool as any great touring band could be – instantly fell into their pockets and changed their tempo in no time at all, as they did on “So Damn Lucky”, a tune that swayed well, built in crescendo, then dropped to rebuild again. The band worked hard on this tune, and well without a clear leader, lead guitarist Tim Reynolds strumming with Matthews. This song, along with the previous “Pig”, took the show to the next level, where it stayed a good part of the night.

A mix of tired covers – Huey Lewis and a few Rolling Stones – with “Jimi Thing” was fun, let the band members stretch a bit, but added little to the night. On the contrary, it gave everyone a rest before the show went into its final stage of big DMB tunes.

The show soared in its home stretch with â€œSay Good-byeâ€ and â€œWhy I Amâ€ and â€œStayâ€.

The group switched between a rock show and jam band moments. Although he is relaxed and expands tunes with horn, reed, keyboard and guitar solos – even alternate soloists within a choir – he rarely leaves the script. But the script is strong and in a way the band keeps it fresh for every show.

Matthews has a lot of personalities on a lot of different songs. He is one of the best male singers in pop-rock, from ballads to jazzy pop to rock ‘n roll. But he’s not afraid either. In â€œMinaret,â€ a melody that advances and challenges typical popular chord progressions, which you can take or leave, Matthews walks up to the mic and screams. Not a little cry: he twists his body with a series of primitive screams, his face threatening to burst. A real madman, and a message to his fans – I am all for you and for me. How he has a voice left after that, I don’t know.

Granted, he’s still bustling and worked hard through the night. Her fans also work hard, dancing through tunes and celebrating the first hit of each new tune. The show required proof of vaccination or proof of a recent negative COVID test. Beyond that, fans were crammed like sardines having fun like never before, rarely a mask in sight. Matthews and his band made it easy to forget everything except the music.

See the show from the perspective of our personal photographer Erica Miller here.

More from The Daily Gazette: