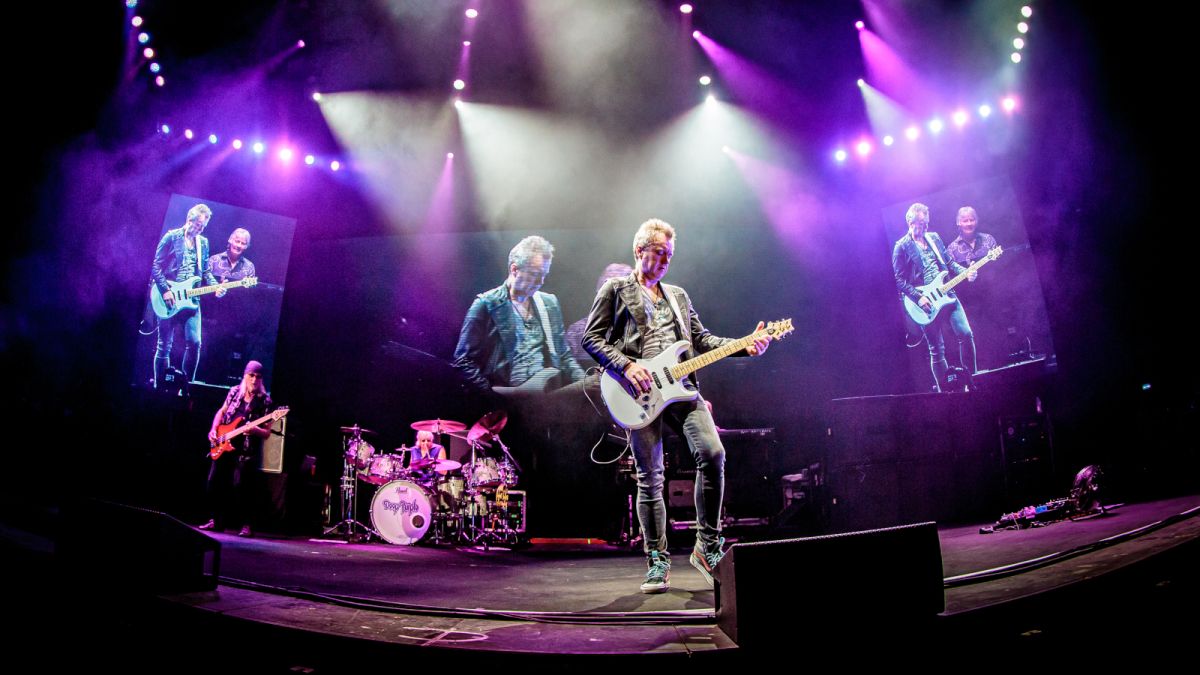 If you love in-depth interviews with great guitarists AND you love hearing them play, then you need to listen to our No guitar is safe podcast.

With more than 150 episodes downloaded, there’s plenty to eat.

Ready to “fly the helicopter” to Germany?

Well, considering Jude Gold was just on tour with Jefferson ship Deep Purple’s opening gigs all over Europe (how cool!), you know there was NO CHANCE he wouldn’t land an interview with their brilliant new guitarist, Simon McBride.

This thrilling episode takes us all the way to Oberhausen, Germany, for an inspiring backstage guitar session with the Irish six-string virtuoso, where, in a side room of the city’s Rudolf Weber-Arena (FKA la König- Pilsener-Arena) Simon plugs into his custom Paul Reed Smith.

Here he demonstrates many of the captivating electric guitar approaches employed each night on stage with his legendary bandmates – Ian Gillan, Ian Paice, Roger Glover and Don Airey.

Simon also reflects on what it means to take over the longtime Deep Purple guitarist’s guitar chair. Steve Morse – who, after 28 years in the group, quit earlier this year.

Elsewhere, the maestro reveals what it’s like to follow in the footsteps of founding Deep Purple guitarist, Ritchie Blackmore; trade licks each night with the band’s fearsome keyboardist, his good friend Don Airey; and start each night one of the most iconic guitar songs in the world, “Smoke on the water.”

Thank you for your attention!

Visit the Deep Purple website (opens in a new tab) for news and tour information.