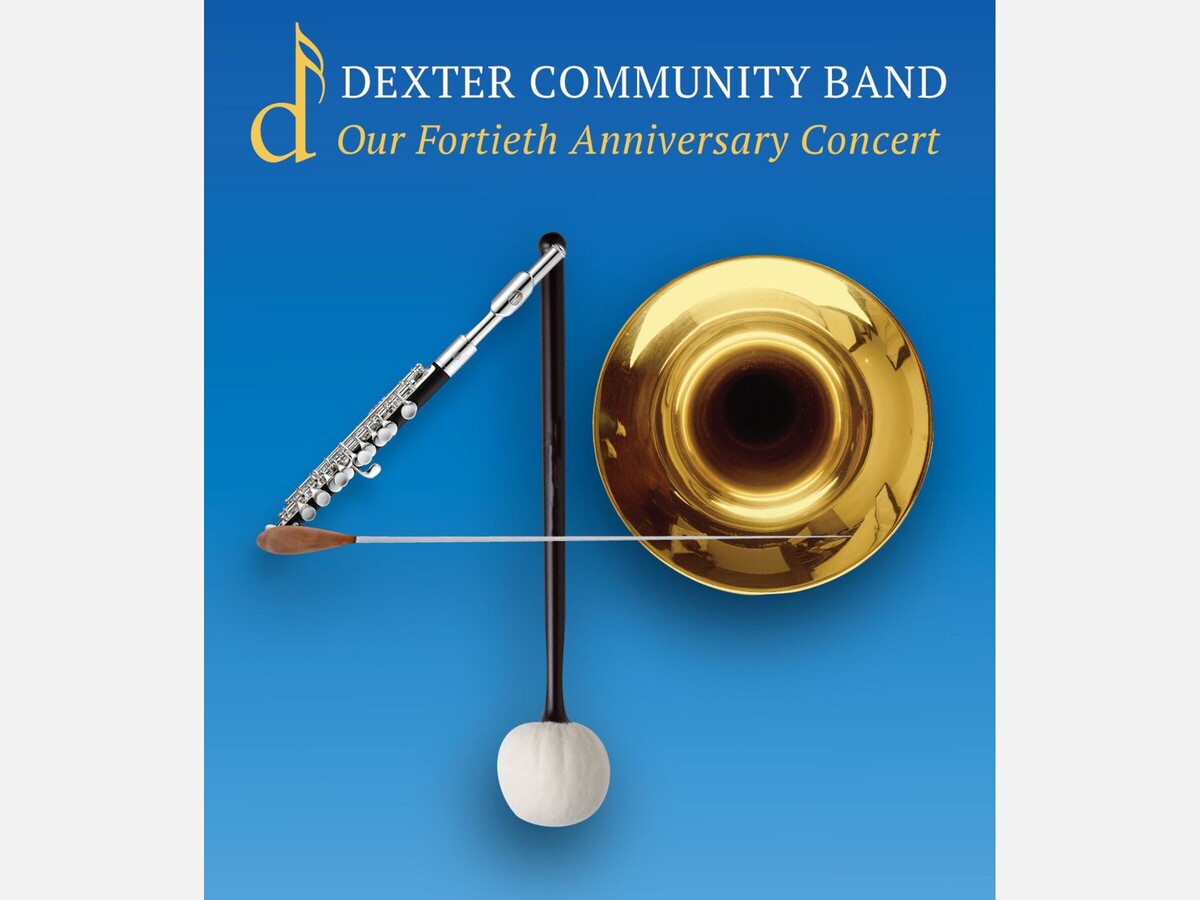 This post expresses the views and opinions of the authors and not necessarily those of The Sun Times News management or staff.

DEXTER, Michigan, May 2, 2022 — The Dexter Community Band celebrates 40 years
anniversary on Sunday May 15, with the world premiere of two original pieces of music.

Gichigamiin: The Five Freshwater Seas was commissioned by the band and written by Satoshi Yagisawa, a Japanese composer internationally known for his dramatic musical scores. Taking its name from the Ojibwe Native American word for the Great Lakes, Yagisawa was inspired by the vivid landscapes, atmospheres and maritime folklore that surround Michigan.

The group will also perform the Dexter Community Band March composed by Dr. Max Plank, longtime Chelsea resident and retired music teacher and band director from Eastern Michigan University. Dr. Plank, who composed the march to celebrate the band’s 40th anniversary, will be on hand to direct the piece.

“This is an important milestone for our group,” said manager William W. Gourley. “We wanted to celebrate in style by giving our loyal viewers something special. I am extremely grateful to Mr. Yagisawa and Dr. Plank for bringing their international and local talents to help us showcase this moment.

J. Nick Smith of Eastern Michigan University will serve as concert announcer. Smith is an Associate Professor, Associate Director of Groups and Director of Sports Groups at EMU.

Also on the program The Magnificent Seven by Elmer Bernstein; The Cowboys by John Williams; Arizona by Franck Cesarini; and To tend to, a play by Robert W. Smith dedicated to health professionals.

The 3 p.m. event will take place at the Dexter High School Performing Arts Centre, 2200 North Parker Road, Dexter. In accordance with Washtenaw County guidelines, social distancing from family groups is recommended. Although wearing a mask is optional, a reserve of masks will be made available.

Formed in 1982 by Chris Wall, director of community education programs at Dexter, the group began with 11 members under the leadership of University of Michigan education professor Dave Angus.

Since then, the band has become a staple of the Washtenaw community music scene with approximately 85 musicians. In addition to four concerts a year, band members perform in smaller ensembles at local senior centers and participate in numerous other music groups.

Founded in 1982, the Dexter Community Group
is made up of volunteer musicians from the region. A registered 501(c)3 nonprofit organization, the band performs professional-level symphonic wind music at four free concerts a year. There are also several free “Soirées d’Ensembles” featuring small groups of the band. For more information about the group or how to provide financial support, please visit http://www.dextercommunityband.org/.