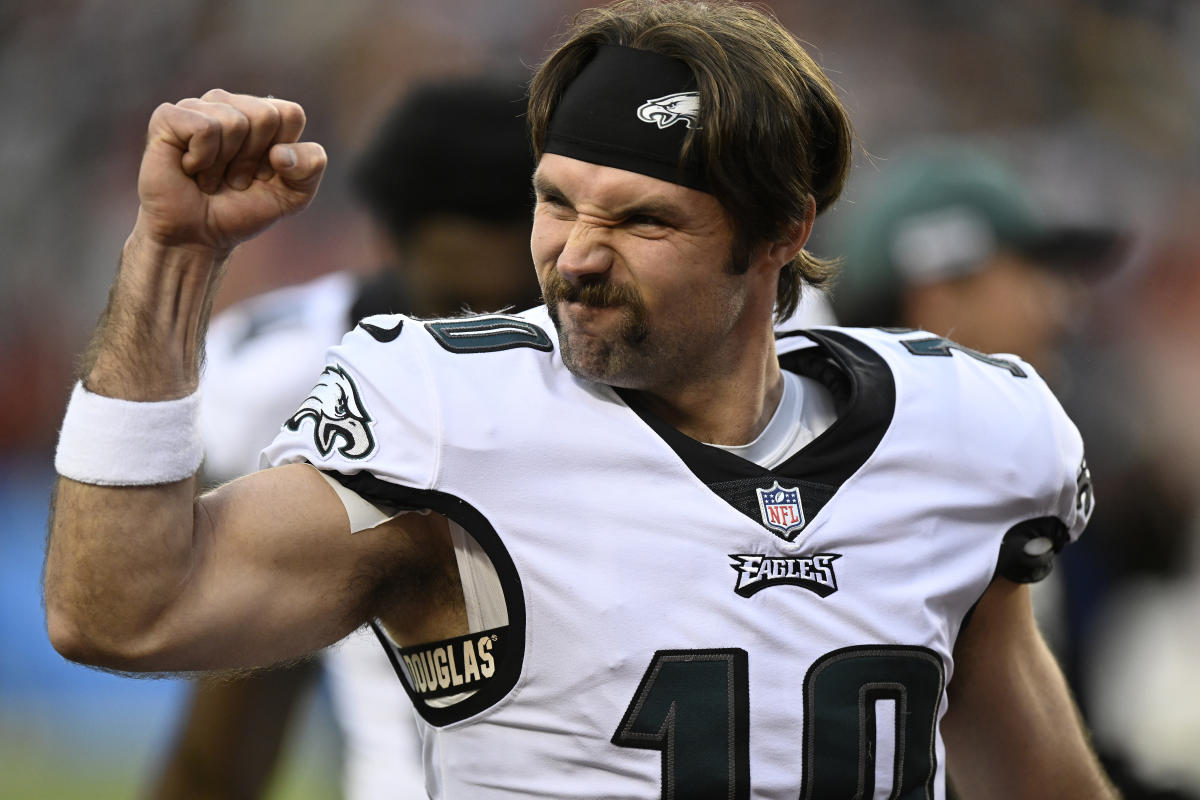 Since February, Minshew has been living in a refurbished prison bus that he has parked outside various locations he has visited and trained throughout the offseason. He even stopped at Philadelphia Eagles training camp on the bus. Minshew detailed his trip in a lengthy Instagram video, where he showed off his decorated bus which featured lots of 1970s style, including a lava lamp, white throw pillows and album covers lining the walls.

“I love the freedom it gives me,” Minshew said. “It gives me a place to come and focus,” he said. “I live at the gym, I eat, I sleep, I shower here. Everything. It’s kind of my little island here. I love it.”

Hey, at least he didn’t live in a van by the river.

Minshew said he mostly parked the bus outside trainer Anthony Tumbarello’s gym in Bonita Springs, Fla., so he could spend as much time as possible training. He plugged the bus into the gym’s electricity to power his refrigerator, air conditioner, and cooktop, showered outside, and used the gym’s bathroom.

As for his workout routine, Minshew would wake up and cook breakfast inside the gym before starting his workout at 7:30 a.m., according to ESPN’s Tim McManus.

“Hey, I don’t know of any coach in the country who can say their pro athlete pulled up on a bus and ate, slept, and lived in the gym 24/7 to get ready for the season. “Tumbarello said. “…Just overall, he’s stronger, he’s faster, he’s ready to go. He’s the best version of Gardner Minshew, that’s for sure.”

Not only did Minshew maximize his workout time, but he also learned to play guitar and read books such as Hunter S. Thompson’s “Fear and Loathing in Las Vegas” and George Mumford’s “The Mindful Athlete.” .

Minshew is a great story, but his role on the Eagles remains as a backup for Jalen Hurts. Although there was a moment during the 2021 season when some wondered if Minshew would be a better option after starting over and hurting Hurts and crushing the New York Jets, the Eagles seem committed to Hurts for the foreseeable future. . Minshew completed 41-60 passes in 2021 with 439 passing yards, four touchdowns and one interception in four games last season after being traded from the Jacksonville Jaguars.

But that hasn’t stopped Minshew from trying to improve.

“When most guys travel to different islands and stuff like that, he literally lives in the back of a bus outside his gym and throws three times a week all year round,” said the Minshew’s personal quarterbacks coach, Denny Thompson. “So I think it’s just a commitment to: this is the grind I want, this is the lifestyle I want and I want it all to be about the ball. And that was the vibe of the bus: it’s not a luxury It’s fun and it will get me through the off-season but I’m focusing 100% on football.”

Minshew is ready to leave bus life behind as he heads into training camp and the 2022 season. He’s listed the bus for sale for $25,000 and “just wanted to see her in a nice and magnetic”.