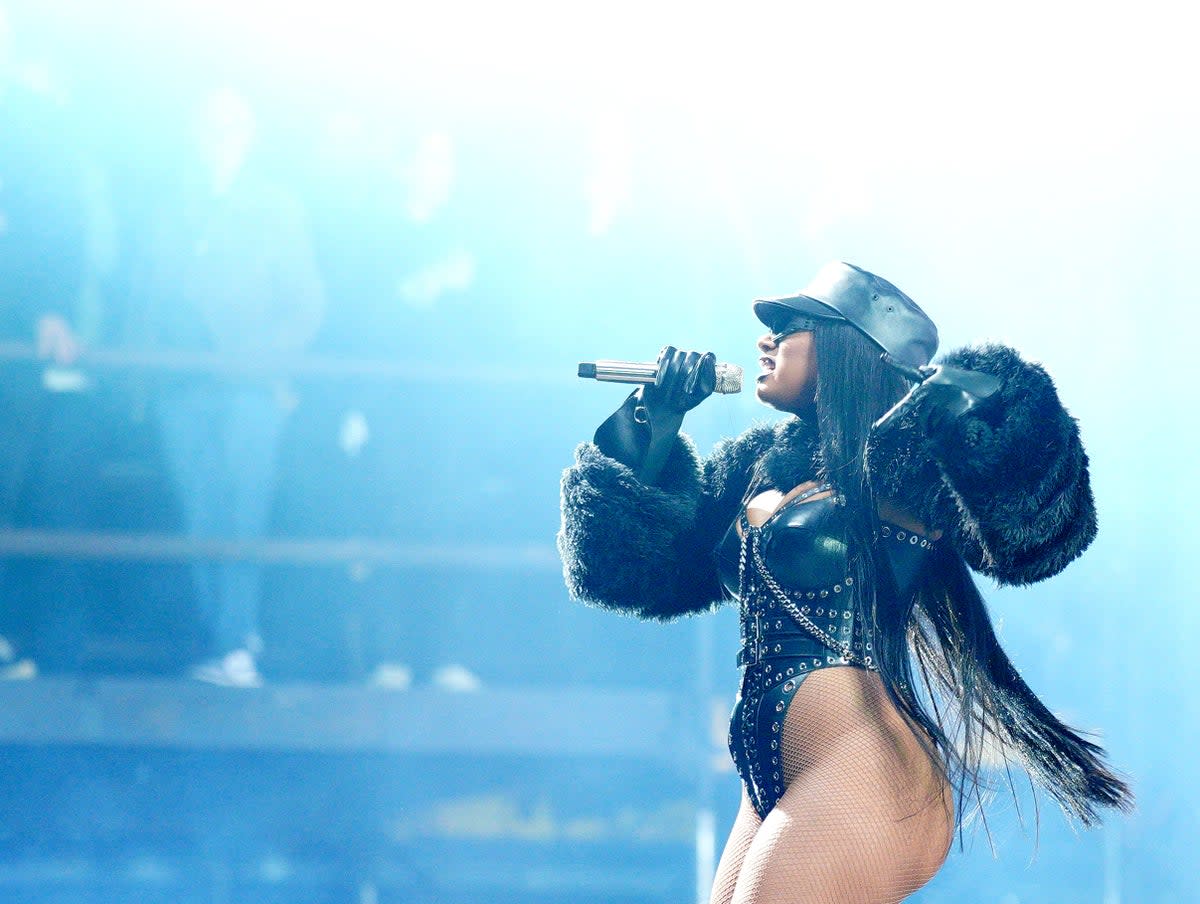 It’s not that far, in the context of Glastonbury’s many searing treks between locations, from the Pyramid to the Other Stage. But on a clear, chilly Saturday night, Megan Thee Stallion’s headline on the latter felt a world away from Paul McCartney’s slow, star-filled marathon on the former. Or even maybe, sometimes, as a side festival, where there were fringed cowboy hats, LED capes and faux fur boob tubes as far as the eye could see. “If you’re a real hottie, let me hear you say real hot girl shit,” the Houston rapper purred (not for the last time), squealing in delight, shortly after taking the stage for the first time in fishnet tights, a thong, slightly S&M bodice and leather cap.

Yet while his presence in this coveted slot – quite an honor for an act making its first Worthy Farm appearance – is clearly about offering clear, stylistic counterpoint to McCartney, there is a timelessness to the control, the fearlessness and charisma that makes for such an engaging hour. Tightly coiled, tough, and incredibly profane, it was a show with transgressive, meaty villainy and immense star power.

Looks like, even taking into account the jumbled timelines of the post-Covid era, this victory lap has been in office for a little while. After first officially uttering it “Hot Girl Summer” in August 2019 (via a single of the same name), alum Megan Pete probably wasn’t able to fully celebrate that catchphrase’s growth into a single. ubiquitous and meme-ready movement. And so, fittingly, if this set – featuring male and female dancers dressed in black plus a DJ/hype man – had a theme, then it was one of a star making up for lost time.

Freak Nasty (from 2018 concept album Tina Snow was an early pinnacle: a scratch-laden, hard-hitting throwback that offered Megan’s first chance to show off her dexterous a capella flow. Simon Says – who kicked off the first many, gleefully received synchronized twerkathons – was a sort of X-rated Macarena. for the club.

The focus and specificity of Megan Thee Stallion’s formula (basically, Southern-influenced beats and explicit unprintable anthems to female sexual empowerment) is precisely the point. Still, if you were to be critical, you could perhaps argue that the set suffered from a lack of variation. That traditionally guitar-focused festival rappers no longer feel the need to awkwardly cram into rock covers is progress. All the same, it seemed – especially in the days of Don’t Stop’s abrasive, almost industrial beat – that the audience being thrown a melodic bone wouldn’t have been the worst thing in the world.

As if she felt that way, her final songs (barring an unscheduled, crowd-requested encore rendition of old-school, high-spirited Girls In The Hood) were Dua Lipa’s collaboration Sweetest Pie and the Beyonce-assisted remix of Savage; two pure, uncut bangers that benefit greatly from old-school hook and star power. Driven by the US abortion ruling, female voice and empowerment were recurring themes at Glastonbury this year. Indomitable and shameless, Megan Thee Stallion has once again brought these issues to the fore. And threw a party that’s life-affirming and has a purpose in the process.