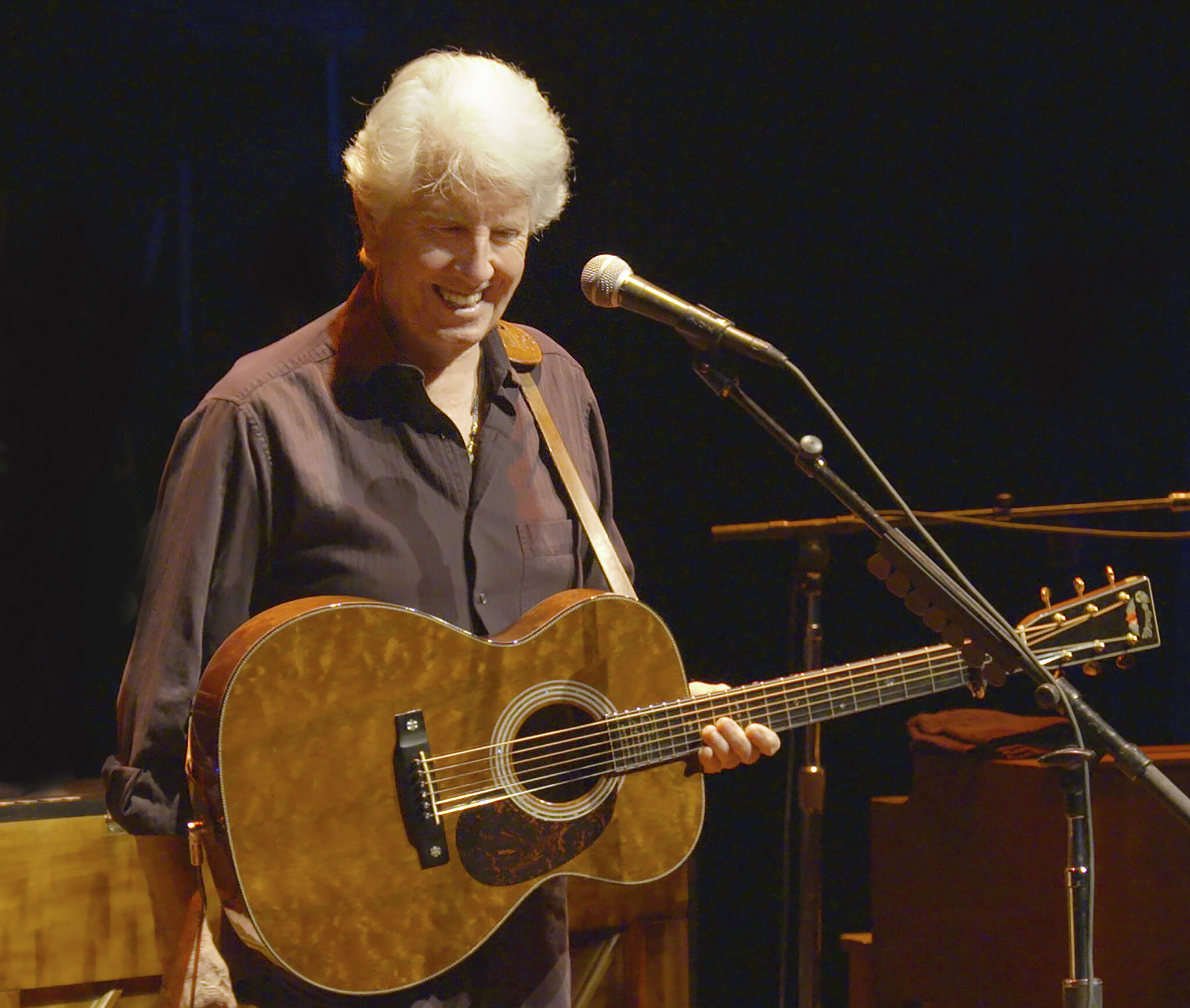 If you’re heading to Poughkeepsie this Friday night to see Graham Nash in concert, chances are he’ll open his show with the songs “Find the Cost of Freedom” and “Military Madness.”

And Nash is likely to explain to those gathered inside the 1869 Bardavon Opera House that he’s changed the opening of his show – he’s opened in the past with ‘Wasted on the Way’ – because, he said in a recent phone interview, “about what’s going on between Putin and Ukraine.

The Russian invasion of Ukraine was just a political topic that Nash raised in a conversation with The Times Union before returning to Bardavon. Nash, along with Crosby, Stills & Nash bandmates David Crosby and Stephen Stills, has for decades combined politics and music. Now he is frustrated with recent Supreme Court rulings that have restricted access to abortion and eased restrictions on guns.

“Quite frankly, I wonder how this country is going to evolve over the next six months,” said Nash, who was born in England but became an American citizen in 1978. “It could be terrible in six months. I think I see the end of the American empire.

Nash also spoke about former President Donald Trump, and the controversy surrounding his efforts to overturn the 2020 presidential election, known as “The Big Lie.”

“We’re still dealing with Trump,” Nash said. “We will still be dealing with Trump until he goes to jail – and I definitely think he should be in jail. The man has committed so many crimes. The clash between stupid people and smart people divides the country very sharply.

Many of Nash’s most iconic songs date back to the turmoil of the 1960s. He was never shy about speaking his mind, and Friday viewers can expect political commentary from the Bardavon stage between songs.

Those who have followed Nash’s career probably won’t be surprised by how politics influences his performance. Inducted into the Rock & Roll Hall of Fame as a member of The Hollies and Crosby, Stills & Nash, Nash is best known for the song “Chicago,” which references the violent 1968 Democratic National Convention, and the tune ” We Can Change the World.” CSN is well known for the political songs “Long Time Gone” and “Almost Cut My Hair”. And while being joined by Neil Young, the set released “Ohio” about the 1970 shooting deaths of Kent State students by members of the Ohio National Guard.

CSNY’s performance at the 1969 Woodstock festival remains a generational touchstone that defined what many consider to be one of the most significant events in the counterculture movement of the 1960s. of the Vietnam War and the civil rights movement, which shaped this historic festival in many ways.

“Crosby and I played ‘Guinnevere’ with one guitar and two voices in front of half a million people at Woodstock,” Nash said.

But many would say the political overtones are what really carried Woodstock, and Nash’s challenge more than five decades later remains timeless. “After Watergate, we thought, ‘What could be worse than Nixon?’ “, did he declare. “And then Trump came along.”

Neither Trump’s office nor the New York State Republican Party responded to a request for comment.

Regarding Nash’s position against overturning Roe v. Wade, Lori Kehoe, spokesperson for New York State Right to Life, said she disagreed with Nash and added that the Supreme Court exceeded its authority with the Roe decision and its recent decision in Dobbs v The Jackson Women’s Health Organization has corrected this error. The National Rifle Association did not respond to a request for comment.

So when it comes to Graham Nash playing the Bardavon this Friday, that covers politics, for the most part. And the music ?

Nash is on tour in support of his latest release, ‘Graham Nash: Live,’ which features him performing his first two solo albums, ‘Songs For Beginners’ and ‘Wild Tales’, in their entirety, while touring the North. -Is in September 2019.

“I love those two albums,” he said.

And then there’s Nash’s extensive catalog of songs, which Hudson Valley fans heard him perform at past gigs at Bardavon in 2019; the Ulster Performing Arts Center in Kingston with Crosby in 2007; and with CSNY at Bethel Woods Center for the Arts, the site of Woodstock, in 2006. “Teach Your Children,” “Our House,” “Just a Song Before I Go,” “Wasted on the Way,” and “Simple Man” anchored Nash’s past performance.

“Graham Nash’s honest voice and deeply moving songwriting have cross-generational significance,” said singer-songwriter Sarah Perrotta of Kingston. “Since I was a child, my grandparents, parents, aunts, uncles, cousins ​​and friends have had so many great memories singing and playing his songs together.”

Asked about the staying power of his songs and the loyalty of his audience, Nash said, “I think I write the truth, and the truth will always prevail.”

He continued, “I’m very proud that my music feels like it’s been around for decades…I love what I do. I’m grateful to be a musician.

Joe Bonamassa explains why Jeff Beck is still the “best rock ‘n’ roll guitarist” in the world: “He finds a new way to do something different with the guitar every decade” | Guitare.com