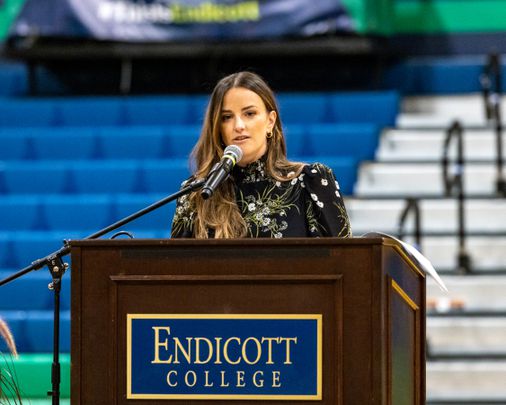 Now an award-winning singer-songwriter who stars as Jenna Lotti, she resides in Los Angeles with her husband and guitarist, Chris Facey. The couple celebrated the birth of their first child, Warren Rivers Facey, in June.

Bortolotti, 32, was recognized in 2020 by the music industry as the co-inaugural recipient of the Peggy Lee Songwriter Award for her â€œFake IDâ€. It is presented by the ASCAP Foundation, which supports American music creators.

â€œThe song is about not knowing who you are and trying to figure it out,â€ said Bortolotti, whose debut album, â€œTunnel Vision,â€ is autobiographical and based on his poetry.

Her latest song, “Born in the Middle”, was released in September and relates to her experience as a middle child in her family.

â€œDealing with the pressure of being a pitcher has prepared me a lot for the music industry,â€ Bortolotti said. â€œI have the same kind of athletic mentality when I create and play music. Being on stage and being on the mound are different, but in some ways similar. “

Bortolotti grew up in a family of pitchers.

His father, Paul, now head baseball coach at Curry College in Milton, was an outstanding starting pitcher during the East Massachusetts Champions in 1974 at Milton High. His brother, Mike, an All-Conference pitcher at Babson College, is Curry’s pitching coach.

Both father and daughter are inducted into the Milton High Sports Hall of Fame.

Honored as the college’s Senior Female Co-Athlete of the Year in 2011, she holds a streak of school softball records, including 63 career wins. She ranks third with 357 career strikeouts and was a two-time conference pitcher of the year.

Her recent Hall of Fame, she said, â€œmakes me feel honored and excited to be on great teams with great people, even though it seems like a lifetime ago. “

Bortolotti, who took private pitching lessons at age 9 and â€œworked hard as things fell into place,â€ also enjoyed his creative writing class in high school and s ‘has become more interested in music over the years.

When her varsity team was in Florida in 2010, she entered a fake “American Idol” contest and won the top prize.

Most recently, she was fortunate enough to feature her songs on an NBC TV show, “Songland,” and although hers was not chosen as the winner, “it was still an amazing experience,” recalls. -she.

When asked what was more intense, coming out of a basics-laden jam or performing on stage, Bortolotti said the softball scenario was more difficult.

Who should we catch up with? Contact Marvin Pave with suggestions to [email protected].