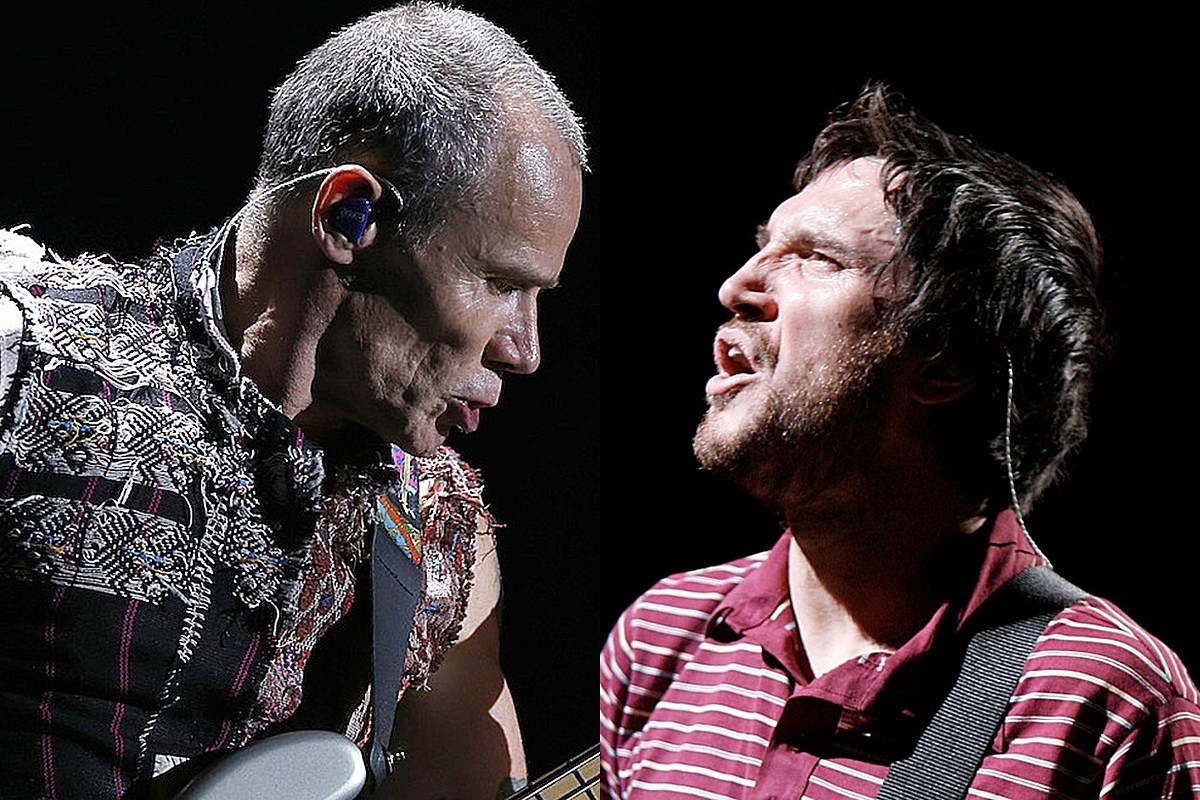 John Frusciante, returning guitar hero of the Red Hot Chili Peppers, sheds light on his songwriting process with the band. He says he and bassist Flea will often settle things with a “one-on-one” when writing songs together.

Frusciante tells Guitar World that the purpose of their “face-to-face” was to challenge each other to create better music.

“Flea and I, we’ve always done these things called ‘faceoffs.’ literally our foreheads next to each other and we were kind of giving each other a look. And then it would be, ‘Okay, I’m going out. You can stay here.'” Kind of like two sumo wrestlers stomping before the battle begins, huh?

Frusciante continues, “We would go to separate rooms, and I would write a section and Flea would write a section. We would both try to write a chorus or a bridge or whatever, and then we’d come back into the room and a guy was each playing his part, the other guy was each playing his part, and one of them comes in. Or sometimes both did in the song.

On “The Great Apes” from the new album unlimited love, Frusciante says Flea was the driving force.

“(That song) was something that Flea brought in. In the chorus, the guitar part that I play is exactly what his bassline made me stand out…I’ll tell you a little studio thing that we did on this one, because it sounds like I’m doing something more amazing than I actually am. At the outro, Flea and I make this change. For most of the song, during the chorus, I play the melody we talked about and Flea plays the chord changes. But when it goes to the outro, I play Flea’s chord changes and he plays my melody. And somehow another, it sounds lower, by the way, when I start playing, the chords change!”

sounds more Front/Off than “face-off”. Listen to the switcheroo below.

Frusciante also implies (but doesn’t go into detail) that the new song “Veronica” was built in part because of a “one-on-one”.

Sharing how he came up with the structure, “I’m a big fan of the tempo changes. It’s one of my favorite things about Black Sabbath – their first four records all have these tempo changes happening in the same song. Another example would be A velvet morning by Lee Hazlewood and Nancy Sinatra or We can make it happen by the Beatles.”

He continues, “I thought, ‘That’s something we don’t have on any of our songs – a chorus that has a completely different feel and tempo than the verse. And that became Veronica’s thing. The verse is in 4/4 time, but the chorus has a triplet feel.”

“Another thing about the song is that wawawawow sort of filter effect in the verse. Some people probably think it’s a guitar effect, but it’s actually my modular synthesizer,” he adds, before concluding, “And we did all this reverb processing backwards, sometimes on one instrument, but sometimes on the whole band, to make these tempo changes. seem even smoother. My ear is always on the lookout for things like that – how can we make the recording more colorful without compromising on the rawness? »

The Red Hot Chili Peppers are currently touring Europe and will return to the United States in July. See dates and get tickets for their shows here. Beware of finding tickets for the RHCP shows yourself. People have recently struggled to do this and become examples of what not to do on social media.

15 bands that reinvented themselves