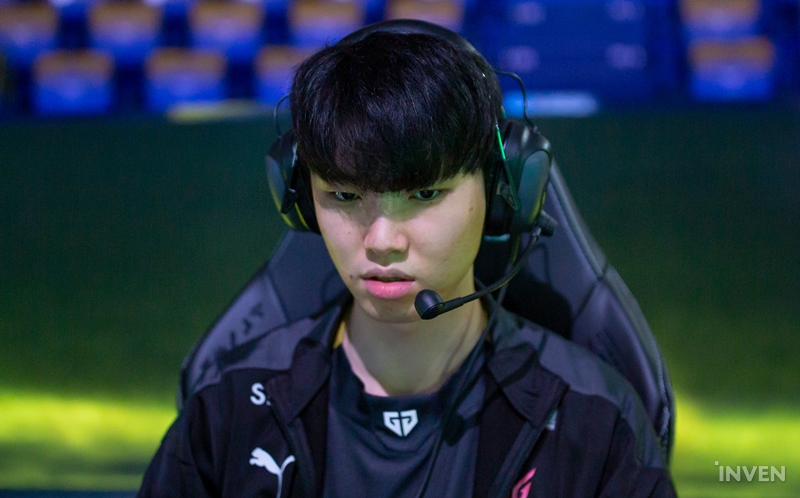 GEN Chovy: “Composition is most important in the current meta.”

On February 17, General G swept Nongshim RedForce 2-0 in the 2022 LCK Spring Split and earned their 7th win of the season. With this victory, Gen.G concluded the first round of the season in 2nd place. After the match, Jeong “Chovy” Ji-hoon joined Inven Global to talk about the first round.

How do you feel at the end of the first round?

It’s a bit unfortunate, but I think we did pretty well. I would like to better prepare our next game and the next round so that we can get better results at the end.

What was most regrettable? Any games in particular?

What about the COVID-19 situation within the team?

Frankly, it’s a bit unfair in a way, but there’s nothing we can do about it. It’s just a disappointment.

You played half a season with new and old teammates. What was it like working with them?

We didn’t have much trouble creating teamwork and synergy. Everyone played their part well and things went well from then on. It might have been more convenient since I’ve played with Doran and Lehends before, but since they’re great players I don’t think it would have been much harder even if I hadn’t played with them before.

You would work harder to get better results in the second round. What are you most focused on improving?

I think the mid mage meta comes back at least once a year. It’s just a matter of how well mid laners scale to deal more damage in the late game. The game now depends more on which team has prepared the best draft. You could say composition is most important in the current meta – I think composition is more important than ever.

You’ve been here long enough now. Is there anything you would personally like to achieve besides winning the championship?

To think about it, I’ve been playing longer than it seems. It’s not always sunshine and rainbows that play this game – there are tough times regarding mentality and morale. I guess my goal would be to overcome all these issues and play for a long time.

How long do you want to be active as a pro player?

Honestly, I do not know. It always changes depending on how I feel.

COVID-19 works more than ever. I hope everyone is doing well. Thank you for all your support. I will continue to do my best to make you happy.