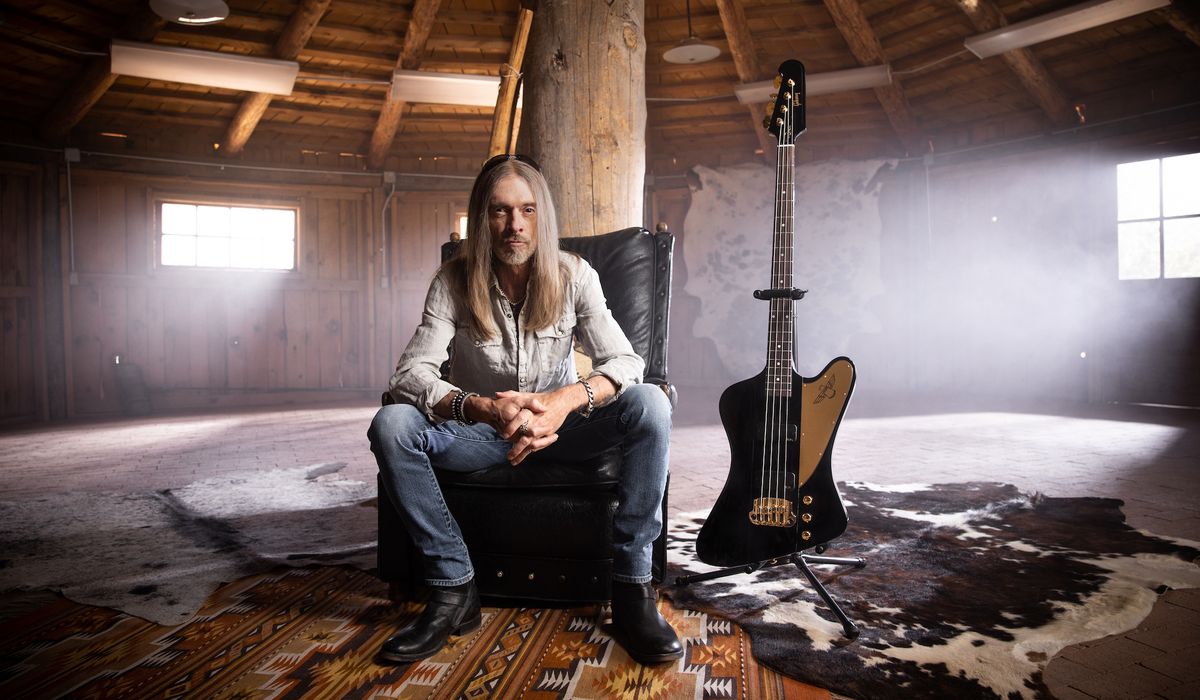 Pantera and Down legend Rex Brown has teamed up with Gibson to create a new signature Thunderbird bass guitar.

The bass metal titan’s first collaboration with Gibson, the Rex Brown Thunderbird is said to have lasted two and a half years, and features a mahogany body and mahogany neck with a thinner-than-usual profile and a 34 “, 12” radius rosewood fingerboard with 20 Medium Jumbo frets.

From there, however, things get a bit more interesting.

Sounds on all four strings, for example, come from a pair of Thunderbird “Rexbucker” pickups, controlled by two volume knobs, and a master tone knob equipped with active/passive push/pull switching.

The hardware, meanwhile, is all gold (an elegant touch against the bass’ ebony finish) and includes a Hipshot bass bridge, Graph Tech nut and Hipshot Mini-Clover tuners with a Drop D Xtender compatible with metal.

The four-string also contains many other unique appointments, with Brown’s signature adorning the bass truss rod cover, a sketch of Brown’s self-portrait on the backplate, and “RB” stamped pickup covers. .

“Before I found myself in Nashville for a Gibson USA tour, I met the entire Gibson team,” Brown said in a press release. “Cesar Gueikian (President of the Gibson Brand) and I forged a strong bond that day, which I can only describe as ‘long lost brothers’. He invited me to his home that night and we We played music until dawn.

“Gibson has come so far, in such a short time,” he continued, “and I’m beyond thrilled to be in cahoots with this amazing group of music professionals. This new Thunderbird with Gibson is a lifelong dream.”

Brown is the second hard-rock A-lister to be honored with a signature Thunderbird bass this year, following the unveiling of the Gibson Gene Simmons G² Thunderbird in April.