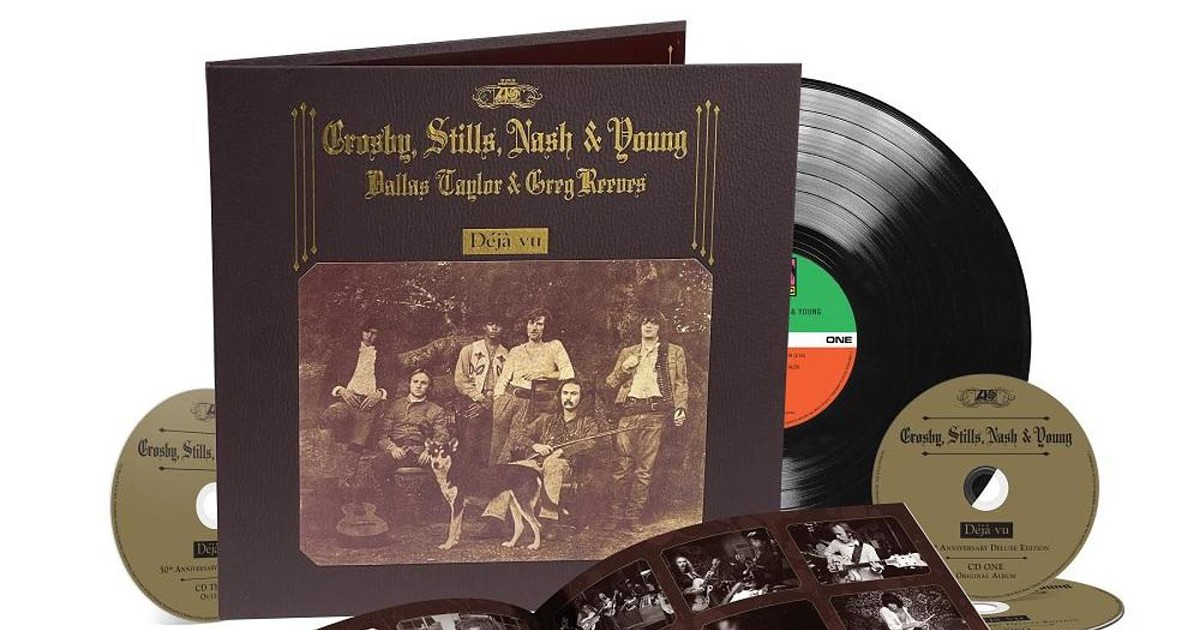 TThe 2021 deluxe album packages had a heavy focus on extensive re-releases of notable individual albums. They make lovely Christmas gifts, so here are the sets that would top my shopping list.

George Harrison: “All Things Must Pass” Super Deluxe Edition / John Lennon / Plastic Ono Band: “John Lennon / Plastic Ono Band” – These early solo albums by the old Beatles received lavish reissues this year that bring new appreciation and overview of the two projects. “All Things Must Pass” is a five-disc set highlighted by 42 unreleased tracks that include two discs of Harrison’s solo and stripped band demos. Several of the songs didn’t make the album, but are worth hearing (“Nowhere To Go”, written by Harrison and Bob Dylan, is particularly interesting). This gives a complete overview of “All Things Must Pass”, the best solo album of all The Beatles. While “All Things Must Pass” found Harrison sharing a measure of inner and spiritual peace, Lennon’s debut solo, “John Lennon / Plastic Ono Band,” was a catharsis with its share of anger and disillusionment to the music. This six-CD set features nearly 160 tracks, including a trio of remixes of the album, first demos, samples, rehearsals and even covers played for fun during sessions. It might be too much for the casual fan, but this set is a deep and enlightening dive into one of the bravest and most unfiltered albums in rock history.

The Beatles: “Let It Be” – Speaking of The Beatles, fans know that there are a ton of clips from the “Let It Be” sessions. Overall, the compilers of this five-CD set have chosen the crÃ¨me de la crÃ¨me of this unreleased music. The alternate takes often differ markedly from the versions of the songs on “Let It Be”. There are also early versions of songs that would appear on “Abbey Road” and early solo albums by John Lennon, Paul McCartney and George Harrison.

The Rolling Stones: “Tattoo You” – The solid 1981 album is supplemented by a full 1982 concert and nine unreleased studio tracks. I would say that the unreleased swaggering rockers “Trouble’s A Comin ‘” and “It’s A Lie” and the soulful ballad “Fast Walking, Slow Talking” should have supplanted three or four tracks that were on “Tattoo You”.

Crosby, Stills, Nash & Young: “Deja Vu” 50th Anniversary Deluxe Edition – This debut album by David Crosby, Stephen Stills & Graham Nash (and occasionally fourth member Neil Young) remains the highlight of this supergroup’s career. The 38 additional demos, clips and alternate versions of this 50th anniversary edition include gems such as “Everyday We Live”, three rockers sung by Stills: “Same Old Song”, “Ivory Tower” and “I’ll Be There” , and an extended version of “Almost Cut My Hair” with an epic two-guitar jam.

Aretha Franklin: “Aretha” – The “Queen of Soul” has already been the subject of several boxes and anthologies, so the people who put together this new four-CD box to accompany “Respect”, the biographical film on Franklin, did the smart thing, generously choosing demos, alternate versions, and live performances of most of the songs on â€œArethaâ€. The result is a set that nicely complements the anthologies that preceded this one.

Joni Mitchell: “Archives – Volume 2 The Reprise Years (1968-1971)” – The second of what promises to be a career-spanning series of box sets, “Volume 2” features five unreleased concert records (including one in London during which Mitchell is joined by James Taylor for half of the show) and many interesting shots, home demos and radio sessions from this first creative peak of his career. Needless to say, Joni Mitchell is a treasure trove of singular talent.

Here are a few other notable deluxe reissues that I can recommend that feature the original albums as well as some bonus material.

Cat Stevens: “Teaser and the Firecat” (four records with demos, live cuts and a concert from 1971); The Replacements: “Sorry Ma, Forgot To Take Out the Trash” (four records include a multitude of outtakes and a surprisingly tight concert from 1981); Pretenders: “Pretenders” and “Pretenders II” (three-disc editions of Pretenders’ first two albums; each includes full demos and concerts, including a hot-boiled show in 1980 on the debut album); The Tragically Hip: “Road Apples” (three discs contain strong unreleased songs); The Who: â€œThe Who Sell Outâ€ (five records with numerous studio releases, demos); The Band: â€œStage Frightâ€ (two records add a full 1971 Royal Albert Hall concert); The Black Keys: â€œEl Caminoâ€ (four discs loaded with unreleased live performances); REM: “New Adventures In Hi-Fi” (two discs add 13 bonus tracks to what is arguably REM’s most underrated album); The Black Crowes: “Shake Your Money Maker” (three records with studio takes and a 1990 concert); Violent Femmes: “Why Do Birds Sing” – (two records with half a dozen bonus tracks and a 12 song concert in 1991); Jethro Tull: “Benefit” (four records with some extracts, B sides, two concerts from 1970); Death Cab For Cutie: â€œThe Photo Albumâ€ (two records with B sides and demos); The Alarm: “History Repeating 1981-2021” (two-disc anthology with 44 songs spanning the career.); The Pretty Things: â€œLive At The BBCâ€ (Six CDs of live performances capture the raw energy and stylistic changes of this longtime band.)