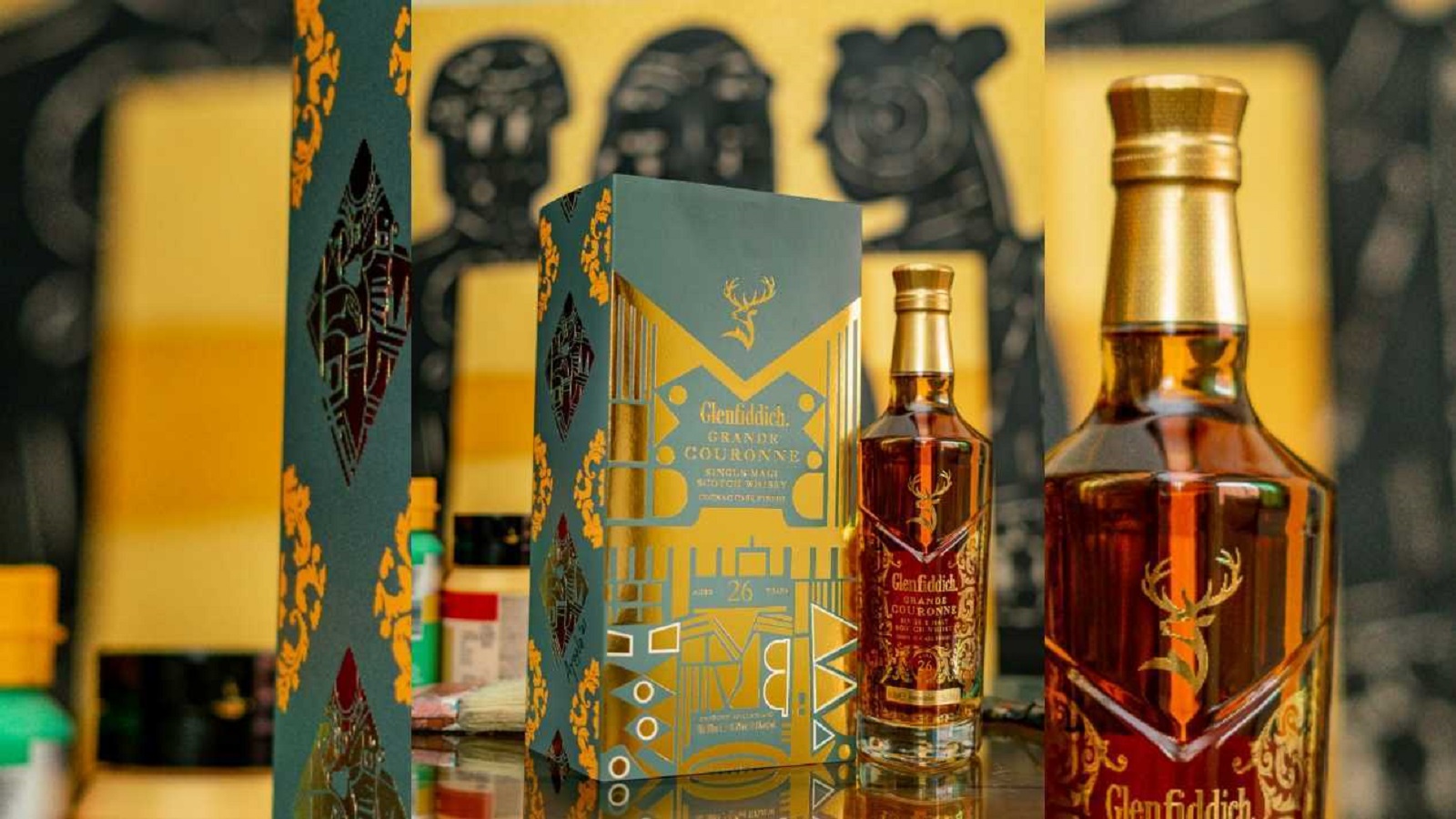 The world’s most awarded single malt whiskey, Glenfiddich, recently introduced the latest addition to its robust whiskey collection, the ‘Great Crown’ in Nigeria. The Grande Couronne is part of the revolutionary Grande series from Glenfiddich and is a 26 year old whiskey aged in American and European oak barrels, and finished in French Cognac barrels. The Great Crown is a nod to Glenfiddich’s spirit of experimental nonconformity which constantly pushes the boundaries of whiskey innovation.

The highly anticipated launch event held on Sunday July 18 at Cilantro Restaurant, Victoria Island, Lagos allowed guests to experience the Great Crown exclusively through the artistic expression of the Great Composition. La Grande Composition is a series of artistic collaborations, which sees a cross-cultural reimagining of the design of the brand’s Grande Couronne bottle. Glenfiddich has discovered some of the world’s most exciting artists from 19 countries, including Ayoola Gbolahan from Nigeria, and challenged them to take inspiration from the original design and put their maverick look on it, transforming it into something new, celebratory, fresh and unexpected.

Following this, Ayoola Gbolahan’s interpretation of the art was unveiled, which resulted in an auction of the art as well as signed limited edition sleeves inspired by the artwork. Proceeds from the auction will be donated to local arts foundations in Nigeria as part of Glenfiddich’s commitment to developing the creative industry both locally and globally.

Frances Nwosa, Country Manager Nigeria at William Grant & Sons, said at the launch event: â€œAs the world’s most awarded single malt whiskey, Glenfiddich has a long tradition of innovation and sets the benchmark for quality. The launch of the Great Crown in Nigeria is a testament to the quality and pioneering spirit that has presided over the production of Glenfiddich for over 120 years. We are happy to bring the Great Composition to Nigeria which is a collision of Glenfiddich and our local culture. We hope that in doing so, we will not only continue to raise the bar for whiskey enthusiasts in this region and beyond, but also impact the next generation of artists through the proceeds of the auction. . “

Commenting on the inspiration for his interpretation of the Great Crown watermark, Ayoola Gbolahan said that as he immersed himself in the brand, he discovered that Glenfiddich was the product of working with different people over several years. He said â€œThe bottle and the deer were designed by two different people, which made me believe that the William Grant family were disciplined and managed to keep the business afloat despite having several (unrelated) people involved in the design process. I was inspired by all the people / elements involved in the product and the artwork represents a fusion of all the minds involved in the product.

Only 50 Grand Crown bottles with sleeves inspired by the Grande Composition (Nigeria) artwork were produced – making this an exclusive collection for whiskey and art lovers!

Find all the scoops of the launch via the images below: