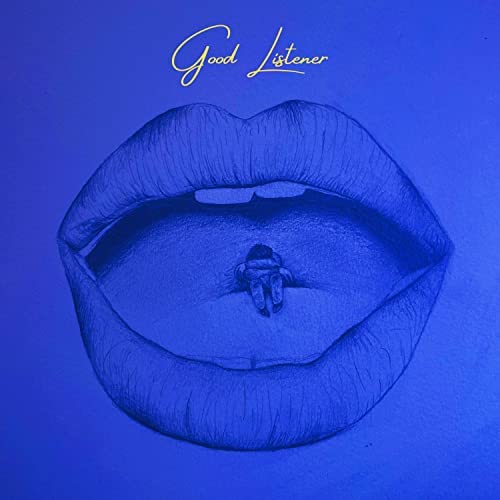 Twenty-year-old Alex Strasser has been writing songs for over ten years, but she didn’t let the world hear them until recently. Strasser’s second EP, “good listenerwas released on February 12, a year after her debut EP, “I Don’t Like Parties,” and five months after another single, “Closed Door.” Featuring three songs surrounding experiences of not feeling heard, “Good Listener”‘s relatable situations and responses help listeners realize that they are not alone in their desire to be recognized.

“Songwriting is my way of coping with new experiences and new people. That’s why I write so many sad songs,” Strasser said in an interview.

Currently a senior at Liberty University, Strasser finds time to write, record, produce, and release music on her own while simultaneously earning a degree. She says writing and producing songs doesn’t feel like work to her, so Strasser uses music to get away from it all after long days.

This EP opens with its title track, “Good Listener”, which sets a bitter tone that subsequent songs develop as those around Strasser refuse to stop and listen to what she has to say. The EP’s most commercial song has a simple guitar line accompanying meaningful lyrics about wanting people around you to recognize you as a person with feelings, not just someone they can talk to. .

A drum line develops during the bridge, creating suspense and adding to the feeling of longing. Strasser feels like shouting: “Listeners also need listeners!” to those around him, but instead lets his feelings build up inside and listens to other people’s problems. The song gradually ends with the line “I wish you would listen too”, and a single guitar strum as Strasser realizes his plea for support will never be heard.

While she uses her music to tell the world how she feels now, writing and singing songs didn’t start out that way for a young Strasser. From the age of 9, she remembers writing meaningless songs to herself. It wasn’t until she was out of middle school that she decided to be intentional about her music and write cohesive songs.

In his youth, Strasser suffered from intense stage fright. In high school, just before moving to Colorado, Strasser decided to overcome his fear at a Christian retreat. After shocking his audience with an expressive, dynamic voice that filled the entire venue, Strasser gained the confidence to pursue music publicly. She learned to play guitar and harmonize, writing more songs about her world.

“I had an argument with this person who wasn’t listening to what I was saying, and I just wanted them to recognize me. I went upstairs, wrote the song and produced it that night,” Strasser said.

While some artists feel like they’re writing for their audience, Strasser stays true to herself by releasing music that’s close to her heart. She hopes listeners relate to her experiences and appreciate her portrayals of the world, but she says, “as long as I can get my songs out and like them, that’s enough.”

The relatability of “Good Listener” makes the EP feel like it finally has a voice when the world is striving to shut down yours, making listeners feel seen and recognized even if they experience the opposite. .

You can listen to “Good Listener” here.