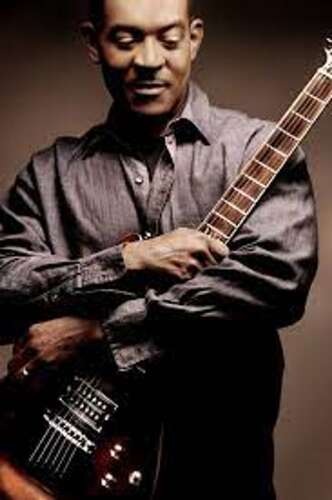 Submitted by Victor Amatori, Branford Jazz Series: From Europe to South America to the United States, music has swept guitarist Ronny Smith and steered him into an incredible and popular force in the contemporary jazz industry.

On Thursday, August 18, this acclaimed artist will be honored as part of the Branford Jazz Concert Series on the Branford Town Green from 6:30-8:30 p.m.

A Grammy-winning artist, Ronny left the University of Maryland as a music education specialist to pursue his life as a guitarist and musician in the United States Army. He has toured extensively around the world and shared the stage with the likes of the Marvelettes, jazz drummer Bobby Durham and trumpeter Donald Bryd. Ronny has recorded with some of the finest session musicians on the Nashville and California scene.

In 2009 Ronny signed with the Pacific Coast Jazz label and soon after released his fifth project, “Just Groovin”. “Shake It Up”, his seventh release, which is touring internationally, and soon nationally. In 2013, under the Creative Soul Next Level Jazz label, Ronny released “Can’t Stop Now”. His sixth release as a solo artist includes the fantastic singles “Slim Pickin” and “City Groove”, of which “City Groove” quickly rose to number 1 on Billboards’ BDS New and Active Smooth Jazz charts. Shortly after, it became number 25 on Billboards BDS Smooth Jazz National Airplay radio top 30.

Ronny’s additional discography includes “Simply Stated”, his fourth release, which includes the single “Bosa Awhile”, “Got Groove”, as well as his third release, “Laid Back” and his second release, “Long Time Comin”.

Overall, his 2020 album, “Raise The Roof” is the “Ronny Smith show,” front, back and center. Not only does he play guitar, keyboards and bass, but he also arranges, produces and programs all 10 tracks. Eight of them are original compositions skilfully completed by the addition of two impeccably worked covers. The former is a bold take on the Bill Withers classic “Use Me”, the latter a stylish reimagining of the Carpenters’ blockbuster “Superstar.”

Jam with Greensky Bluegrass, the Wood Brothers and more this weekend – The Virginian-Pilot