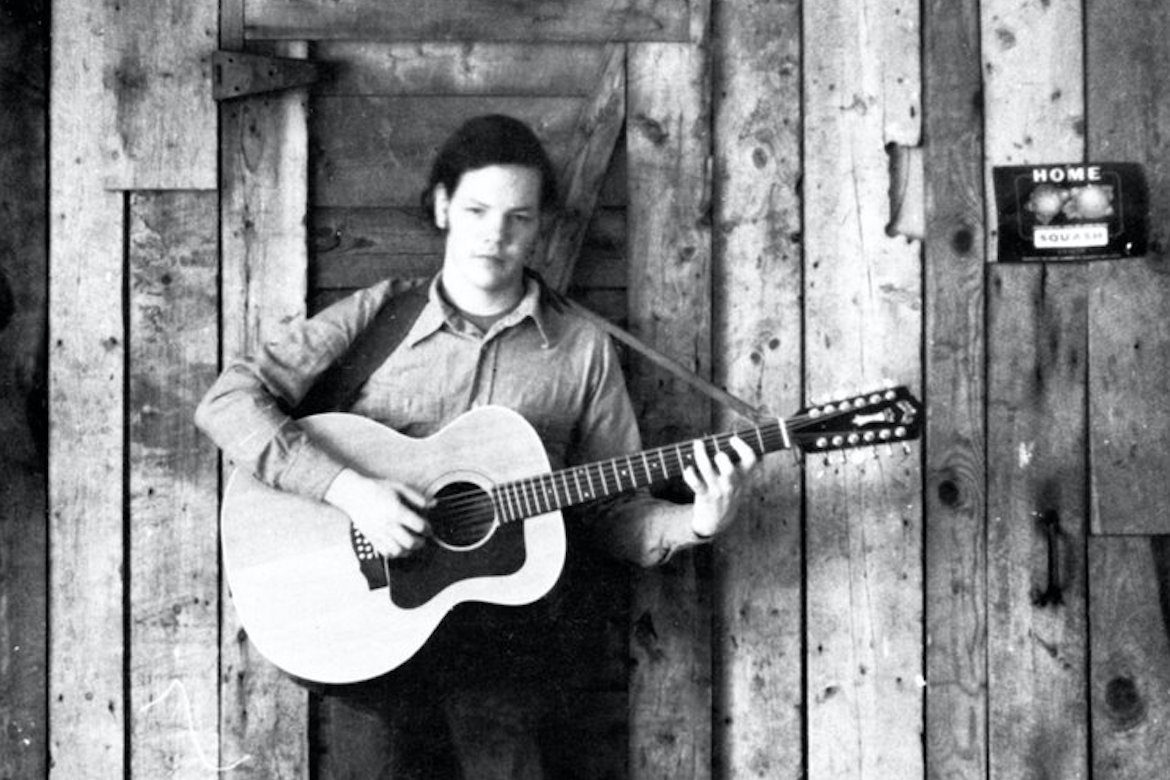 Russell potterPrivate press LPs from A stone’s throw (1979) and Neither here nor there (1981) have been reprinted by Tompkins Square. The two reissues follow a wave of private press reissues following the release of Imaginational Anthem Volume 8: The Private Press reviewed here by the late Nick Dellar. Other reissues have included Conklin / Blum – Jackdaw, Tom Armstrong – The sky is an empty eye, and Rick Deitrick – Sweetness Wilderness / River Sun River Moon.

Co-producer and poet, Michael Klausman, who is also a longtime record collector, has worked on a number of reissue projects (including Imaginational Anthems Volume 8). He wrote the following insightful reflection on Russell Potter:

The last two reissues derived from our famous Imaginational Anthem Volume 8: The Private Press present the compositions for solo guitar by Russell Potter, recorded in the last days of the initial explosion of the American primitives.

A teenager then obsessed with John Fahey, Robbie Basho and Leo Kottke during a time when punk and the new wave were on the rise, Potter exploited a similar DIY philosophy for his own ends by creating his own label and self-releasing his first record. , ‘A Stone’s Throw’, while a freshman at Goddard College in Vermont in 1979. Assembled at the legendary Boddie Records in Potter’s hometown of Cleveland, Ohio, and sprinkled generously with references to his heroes, from the name of the original Fonytone label (which is more than reminiscent of Fahey’s first record company, Fonotone), to mysterious song titles and references to obscure rags.

Even as he looks to his elders, Potter’s first outing demonstrates with agility a complete mastery of his form and is all the more remarkable for one of those tender years, which only the nerve of youth can explain. moves such as successfully grafting one of your own. composition to one of John Fahey, as he does here. There is a very immediate, charming and real quality in Potter’s twelve-string compositions that places him in the realm of those classic records that just seem to exist outside of time.

Shortly after ‘A Stones Throw’ Potter produced and released a 45 rpm single by an Ohio bluegrass band with cult singer-songwriter Bob Frank performing a cover of Devo’s ‘Mongoloid’, before moving on to his second (and unfortunately final) album the following year, â€œNi ici ni lÃ -basâ€. Following an independent study with an ethnomusicologist at Goddard College, Potter’s compositions and performances only deepened on his second release – the recording quality improves a bit but doesn’t lose any of the immediacy, the playing becomes more exuberantly virtuoso – but then more thoughtful too, especially on the tunes which are influenced by the magnificent traditional Irish slow tunes. Sometimes he takes his hat off to Fahey again, this time with a daring electric guitar tuning of the classic â€œDance of the Inhabitant of the Palace of King Philip XIV of Spainâ€.

While these albums landed at a time when the heyday of early 1960s and 1970s American guitar music was in the rearview mirror, they absolutely anticipate the genre’s eventual resurrection in the 21st century, anticipating both in form and in content many of the same concerns that you find in the great contemporary work of the last two decades of Jack Rose, Glenn Jones, Daniel Bachman, et al., and as such constitute such a fine springboard between these two eras as you are likely to find.

July Plaza Friday Programming Honors Local Artists | What to do