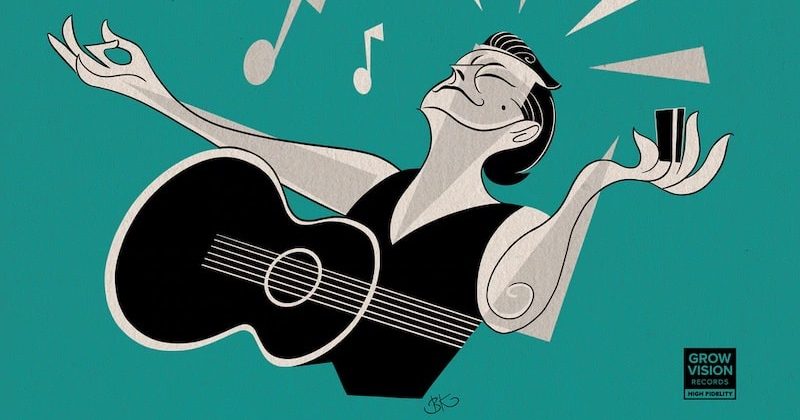 The band slip easily into a groove, and off they go, playing blues with a straight delta vibe, even though Ian Siegal is English through and through and Stone By Stone, despite not being not classified as blues by its label, talks about as blues as possible. These songs percolated through his mind for a while, along with covers that dig into you and grab you and just won’t let go. You can’t fight it; music penetrates every pore.

From the ramshackle opener to “Working on a Building,” it feels like we’ve slipped inside a juke joint and watched masters perform for the sheer joy of the moment. Against Robin Davey’s bass, JJ Holiday plays inspired slide guitar, at one point taking a backing vocal and turning it into a wicked guitar hit, while Jimmy Wood’s harp tells you all you need to know. on the blues.

Slowly and emotionally, “Hand in Hand” shifts into another gear as Shemekia Copeland enters on the second verse. Bit by bit, Copeland and Siegal argue vocally, with Mrs. C pushing the song hard, pushing the song and Siegal to new heights. Her vocal command is extraordinary, and she’s the kind of foil that could fill an entire album of duets with Siegal.

Let Siegal do it and Jimbo Mathus to create a song that is as memorable musically as it is lyrically. “I’m the Shit” pays homage to the strange world we live in, as evidenced by the opening lyrics, “In the stairwell of a Santa Cruz motel/ Sit a man on the landing who is fast asleep/ in a pile of Skittles and piss/Now the kids love it/Bullshit happens The local vibe, plus mandolin and deceptively simple guitar work, not to mention banjo, could come from the porch of a old man, even if he has a humorously mean side.

The songs don’t get more macabre than “Psycho,” perhaps the weirdest song of the 1960s. Leon Payne’s tune tells the story of a man who did all sorts of horrible things. In the hands of Siegal, with booming bass and weak guitar, the story unfolds, starting with a man who wants fried fish, but before long there are more murders than can be imagined. , especially the last one. Music doesn’t get much scarier than that.

Singing a cappella for most of “Monday Saw,” Siegal tells a story on a bed of stomping feet and clapping. Telling stories of God and man, he sings: “Sunday saw God’s hope in a newborn baby/ I asked him straight: ‘Is there a God?’/ He did a wink and he said ‘maybe'”. weird twists, “Sunday saw Mary Magdalene walking in a trance / Wearing a little black cocktail dress on a date with The Lord of the Dance.”

Ian Siegal has crafted an album worthy of a man who builds his music “Stone By Stone”, illustrating how much effort he infuses into every note. It’s a classic from a true craftsman.

Stone by Stone is now available on Grow Vision