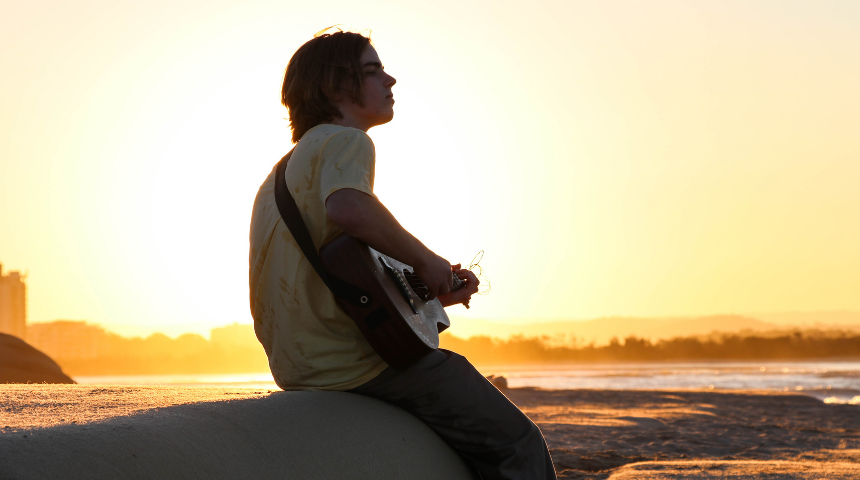 Interview: PHIN from Sunshine Coast on “Mistakes”, songwriting and The 1975

Sunshine Coast singer-songwriter PIN just released the last single “Errors”, the first preview of the next EP Wasting time. With the previous track “Lose my doubts” amassing over 30,000 Spotify streams, it is certainly an exciting time for the young artist!

â€œMistakesâ€ is a deliciously catchy slice of indie pop exploring the beauties and burdens of young life and young love. It’s the perfect summer night out listening – pair it with beers, beaches, and best friends.

To celebrate the new release, we sat down with PHIN for a quick chat!

Thanks for your time, PHIN! First of all, who or what influences your sound?

For this EP there were a lot of influences from JP Saxe, Ed Sheeran (his music OG) and James Bay. And although I’m always influenced by new people, right now it must be The 1975, Gang of Youths, The Vanns and The Dandys.

How do you think your writing has evolved since you started writing music?

Significantly! He has made considerable progress. I started writing when I was 14, and all I wrote when I started were cheesy love songs that no one wants to hear. I guess as I got older and started having more and more experiences, good and bad, I became more mature with my writing.

And sure, some people want to hear you sing about that kind of “I hate you and you broke my heart” shit, but I like to approach the songs in a more respectful way now.

Can you tell us a bit about the â€œmistakesâ€? What is it about? And how did it come to you?

â€œMistakesâ€ is about going through personal struggles and how sometimes when we face them we make mistakes and do things we regret, but that’s part of the process, you know? Yeah so the lyrics came from me having a breakup and having a drinking problem. I was 18 and it was fun at the same time but it was still a way to cope.

And if we’re talking about the musical side of thingsâ€¦ honestly, I sat down one night and played the “Mistakes” chords out of nowhere, threw a solid four to the floor, and later that night came up with the break riff. It took a few months to figure out all the lyrics and structure.

Let’s talk about the clip, directed by Joseph Cockerill. What is the vision behind the
video, and how did the process go for you?

Dude, Joseph is a talented director. We’re both students at JMC Academ – he needed an artist to shoot a clip with for his review and I got a free clip.

Joseph took care of this one, I gave him a little idea of â€‹â€‹what I wanted the video to include (conflict between guys and girls, different sets) and he didn’t just bring it to life, he made its director / screen special thing of a writer, and came up with the concept of cool tv, prop ideas etc.

And the process was fun, man. We became good friends during the filming, we spent late nights in the mountains of Glass House, the studio and the apartment, while drinking pure caffeine.

“Mistakes” is the first track from the next EP Wasting time. What can we expect from the rest of
The version?

“Mistakes” is actually a bit different from the other songs. My roots are indie folk and acoustic pop, so expect well-written lyrics and melodies, and with my song “Different peopleÂ», A nice acoustic duet with my friend Lily.

You started to work on Wasting time just as the pandemic has made an appearance in all of our lives. What
was it like for you as an artist – i can imagine trying to finish school around the same time had
all the impact too!

Yeah, so I graduated in late 2019 and then jumped straight into lockdown early 2020. But honestly, the pandemic has given me the emotions and the time to write these songs. My sanity wasn’t booming in 2020, so I wrote and created what I was feeling and turned it into an EP.

What’s next for PHIN?

In fact, I have a lot of plans for 2021. The EP is coming out in early 2022 and I’m starting a band. The plan is to seize all possible concert opportunities.

On the music side, I change direction quite a bit. I’m already doing other indie rock tracks and love it. So if you want to see me play live, head over to my Insta: phin_music.

And, to conclude, who are you listening to now?

I am always listen to Le 1975! But my other favorites right now are Golden Vessel, Cage the Elephant, The Vannes, John Mayer, Brockhampton, and Gang of Youths.

Many thanks to PHIN for their time! â€œMistakesâ€ is out now and you can expect to waste some time in early 2022! Stay up to date with all things PHIN on Facebook and Instagram.

More to explore on the AU: