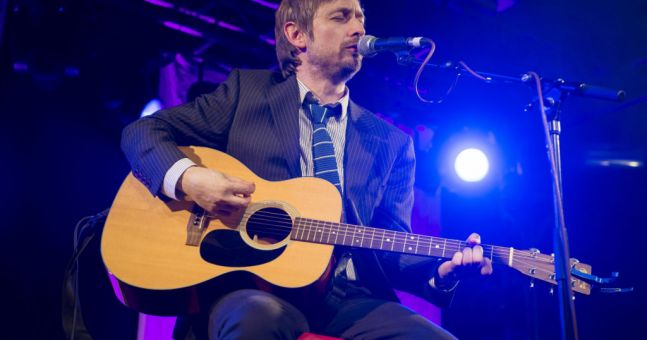 IN a new series for BBC Radio Ulster and BBC Sounds (available across the UK), Derry-born singer-songwriter Neil Hannon visits six European countries to find out – through a mix of the obvious and obscure – the influence their music and creativity had on the rest of the world.

In addition to enjoying considerable commercial success in the rock world, Hannon has also written many memorable soundtracks for television.

These include the Father Ted theme, Songs of Love; the theme music from The It Crowd; as well as critically and commercially acclaimed songs for Doctor Who.

In the first episode of The Grand Tour, Neil imagines himself jumping on his scooter to travel around Italy, the birthplace of Dante’s poem that gave his band its name.

He knew all about opera and crooners – but what about Italo, the godfather of disco and all those iconic soundtracks?

Neil then continues across the continent, sharing anecdotes of many happy European tours – and vacations – to virtually every European country.

Neil says: “I have always been fascinated and strongly influenced by European music. I often have

wondered why documentaries and the like tend to focus on music from the US, UK or even Ireland.

“You rarely hear about the amazing music from, say, Barcelona, ​​Scandinavia, Eastern Europe, or the lesser-known elements of French, German and Italian pop. help fix that with this show and have a lot of fun doing it.

How Malusi Gigaba sold South Africa for a song