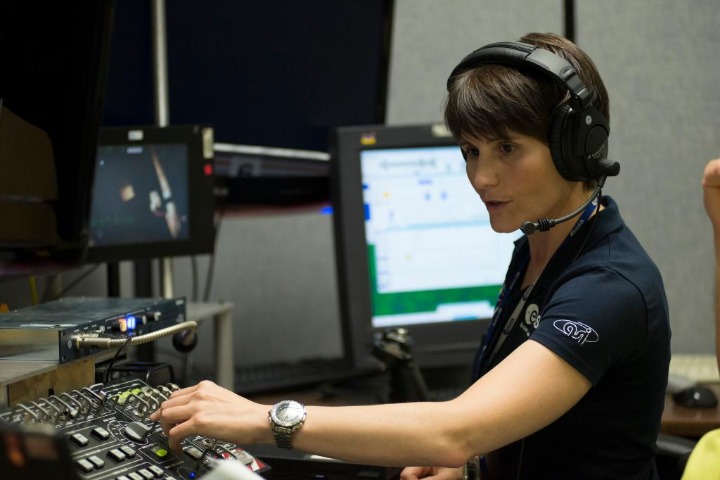 ROME – Besides “Wow” and “Great”, what else would you say while flying over Earth in space? Samantha Cristoforetti, Italy’s first female astronaut in space, posted several lines of a famous ancient Chinese composition on Twitter to share her joy.

She first wrote in Chinese, then attached an accurate translation of the lines in Italian and English to help more people understand.

“Looking up, I see the vastness of the cosmos; lowering my head, I look at the multitude of the world. The gaze soars, the heart expands, the joy of the senses can reach its peak, and indeed, this is true happiness,” it said.

She also attached three photos taken from space of Bohai Bay in China and the day-night view of Beijing, the country’s capital.

Two days before he landed on Earth, the beauty of space and Chinese literature resonated on his Twitter account. In no time, his posts went viral on Twitter with thousands of retweets, likes and replies.

The poem and the views are both magnificent; if everyone could enjoy the same show, a lot of pain in the world would be taken away, one user commented.

As the first Italian female astronaut in space, Cristoforetti flew her first space mission on November 23, 2014. She started the second mission in April and returned to Earth on Friday evening after a long stay of 127 days in orbit.

When not traveling for work, she is an avid reader and has a great passion for learning languages.

“Always looking to the future, Samantha (Cristoforetti) is learning Chinese in her spare time,” the European Space Agency (ESA) said on its website.

During this time, Cristoforetti was active in Sino-European cooperation in the field of manned spaceflight. She was a member of the working group responsible for liaising with Chinese counterparts to define and implement cooperation in the field of astronaut operations. In 2017, she participated in a sea survival exercise organized by the China Astronaut Center in the Yellow Sea, which was the first joint training of Chinese and foreign astronauts in China.

She joined the Italian Air Force in 2001 and had accumulated over 500 hours of flight experience. In May 2009, Cristoforetti was one of six selected from 8,000 European applicants to join ESA’s astronaut corps.

5 Crosby, Stills & Nash Deep Cuts You Should Listen To