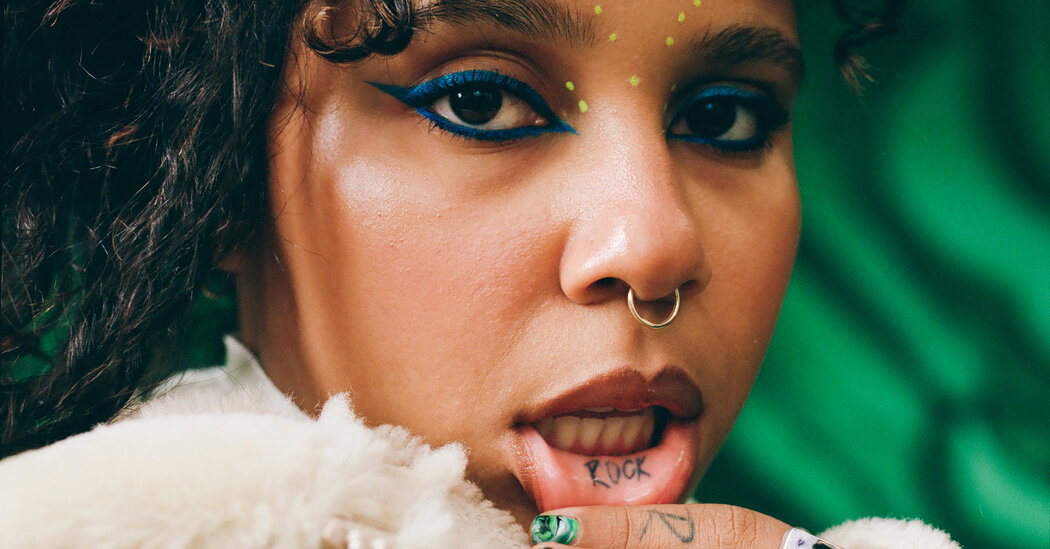 Tokischa’s rapid rise has been divisive. For some, she is a sexual deviant endangering children, or a victim of neglect and difficult circumstances. For others, she is a woman who objectifies herself and who only satisfies male fantasies. And for still others, she is a fearless feminist whose insurgent spirit is breaking new ground. Last summer, she performed in Santo Domingo during the Dominican Pride Parade and featured trans women as extras and dancers in the video for “Linda,” which garnered praise from the entire LGBTQ community. Beauty blog Byrdie wrote that she “actively draws the needle away from the male gaze and towards female liberationand this in a Latin music industry that often favors white artists.

All was not rosy, however. Last fall, feminist activists and Colombia’s vice-president condemned the portrayal of black women in Tokischa and J Balvin’s video for “Perra,” in which black women wear prosthetics that portray them as dogs, and Balvin, a white Colombian, walks an actress, who is on all fours with a chain around her neck.

After the video was removed from YouTube, Balvin issued an apology. Tokischa later Told Rolling Stone that she was “really sorry that people feel offended”, but that the visual was conceptual, intended to illustrate the song’s metaphors. “We were in the Dominican Republic; over there, we are all black,” she said. mentioned backlash in a December podcast interview. “It wasn’t like we went to Africa or the United States to find these women.” Unsurprisingly, the comment drew critical from some fans on Twitter for dismissing valid concerns about the animalistic portrayal of black women.

The reaction illustrated how fans are increasingly demanding progressiveness from pop stars, especially disruptors like Tokischa. “From the first day I started making music, I said, ‘I’m going to speak my truth,'” she said. In a radio interview last year, she explained the point in a different way: “I’m just talking about me, my life,” she said. “I don’t feel responsible for fixing society.”

Tokischa is still an agitator, and a necessary agitator. “Not being afraid to express my sexuality, my way of thinking – that’s a beautiful thing,” she said. “There are a lot of people who are afraid to say who they are, because they get kicked out of their homes, they get fired from their jobs, they lose friends. But you’re not bad, you do what your heart tells you.

“I have many more messages to offer,” she continued. “But now is the time to this message, and I love it.