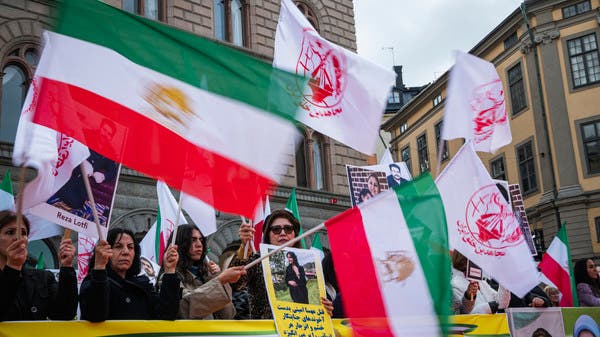 Mahsa Amini: Hundreds of people gather in Paris and European cities to denounce the Iranian regime

Hundreds of expatriate Iranians gathered in Paris and other European cities on Saturday to denounce Iran’s crackdown on protests following the death of Mahsa Amini following her arrest by vice police.

For all the latest headlines, follow our Google News channel online or through the app.

“Khamenei, get out of Iran!”, “Macron, enough silence!” and “Death to the Islamic Republic” were among the slogans shouted by protesters in French and Persian, an AFP journalist said.

Protesters also sang the Italian protest song “Bella Ciao (Goodbye Beautiful)” in Persian which has become popular with supporters of the movement.

In other protests, Iranian women in Athens cut their hair in solidarity with Amini, holding signs reading “say her name!”

An Iranian refugee living in Greece cuts her hair during a protest by Iranians living in Greece in central Athens on September 24, 2022, following the death of an Iranian woman after her arrest by the vice police of the country in Tehran. (AFP)

Protesters on Sergels torg in the center of Sweden’s capital, Stockholm, also cut their hair as another group outside the Swedish parliament held up pictures of those killed.

Iran says 35 people have died in protests that erupted after Amini’s death, but activists say the number is now over 50 and likely even higher.

Protesters in Paris have expressed fury that Macron met and shook hands with Iranian President Ebrahim Raisi on the sidelines of the United Nations General Assembly in New York this week as Paris seeks to keep alive the 2015 agreement on Tehran’s nuclear program.

“How can you shake hands with someone who has committed a crime against humanity? read a placard held up by protesters referring to Raisi’s alleged involvement in the 1988 mass executions of political prisoners in Iran.

“The anger has caught fire and the flames will be impossible to extinguish,” said Mahtab Ghorbani, an exiled poet and writer who lives in France.

“Those who do not speak will be held responsible and we demand that France stop negotiations (on the nuclear issue) and close the Iranian embassy in Paris,” she said.

Protesters plan to hold a second demonstration on Sunday where they intend to march on the Iranian Embassy in Paris.

More than 700 protesters, including 60 women, arrested in Iran, police say