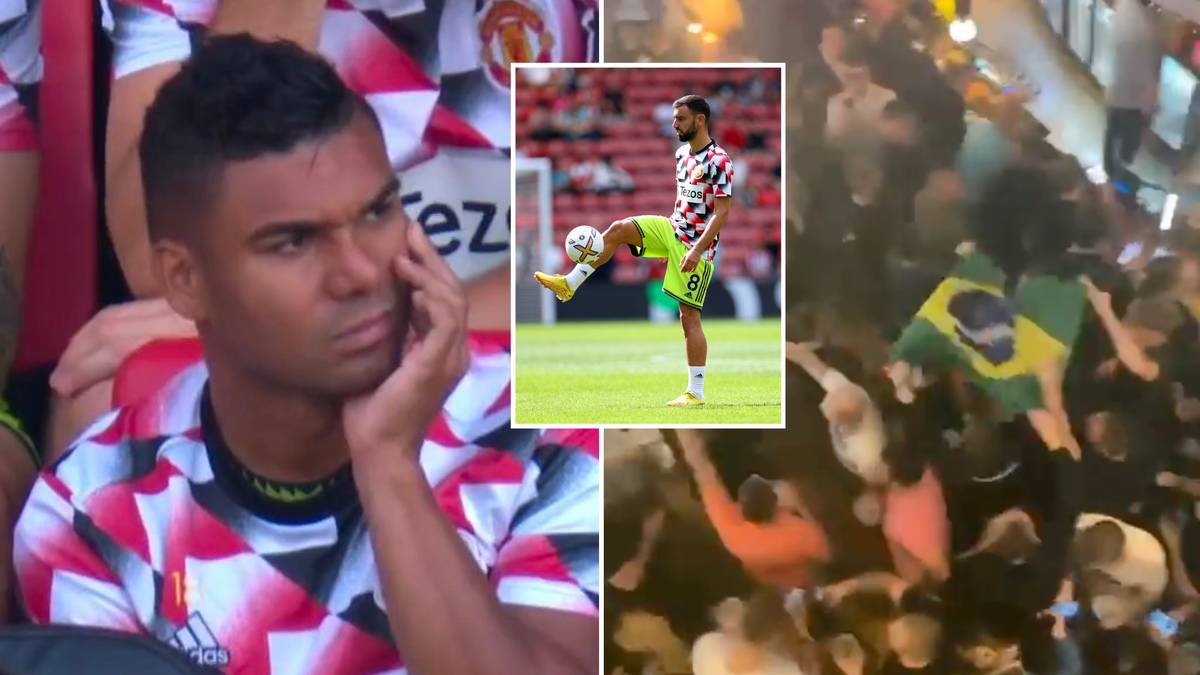 Manchester United fans released a new song for Bruno Fernandes and Casemiro – but Arsenal fans are furious they were ‘robbed’. You can check it below:

He started Saturday afternoon’s clash with Southampton on the bench, but United fans already have a chant for their new number 18.

Footage emerged of fans outside singing “Bruno and Casemiro” to the tune of Status Quo’s 1970s hit “Rockin’ All Over the World”.

It became a popular hit at the Emirates Stadium and the Gunners faithful aren’t too happy with United’s interpretation.

One fan commented, “Why did they try to grab our song like that? Embarrassing.”

Another said: “Beyond the sadness.”

A third tweeted: “They want to be us so badly. If I talk I’m in big trouble.”

While someone added: ‘Football songs are going around I know but this is beyond a joke.

Many have wondered why the Brazil international chose to leave Real for United, who recorded their lowest points tally in the Premier League last season.

The Red Devils will also play in the Europa League this season after failing to finish in the top four.

It looks like Casemiro isn’t too disappointed not to hear the iconic Champions League theme – in fact, he wants to play every other Thursday.

Asked about not playing in the Champions League this season, Casemiro told ESPN Brasil: “Well… I already have five, don’t I?”