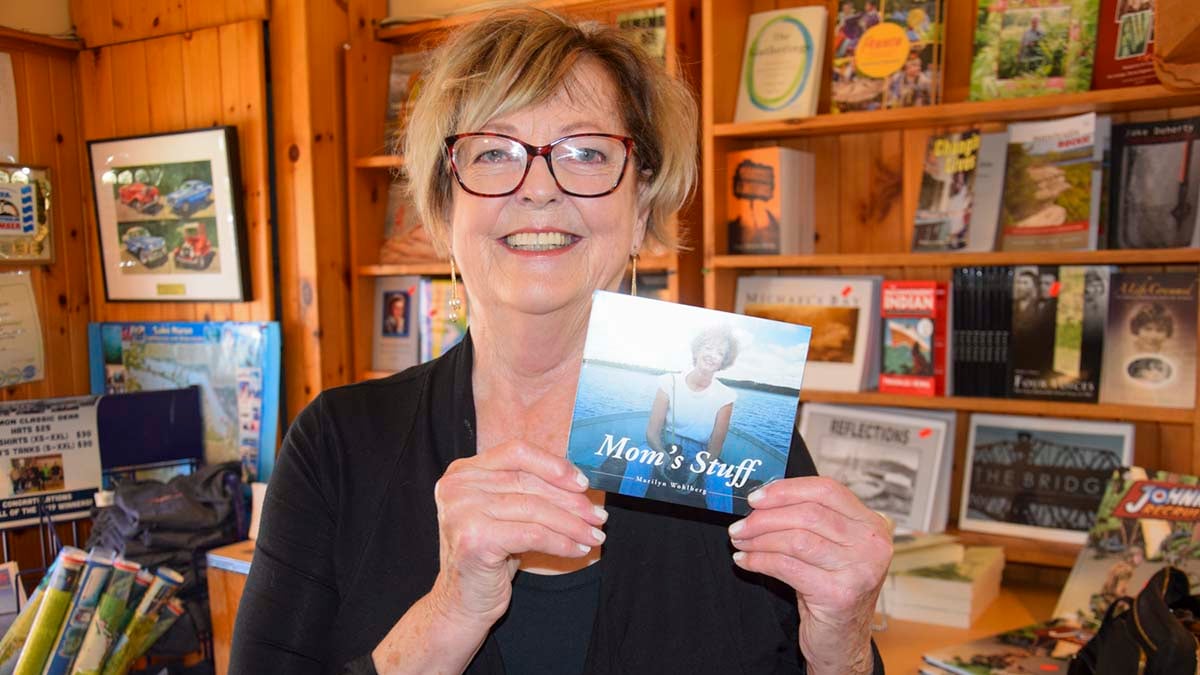 ﻿MANITOWANING—For many on Manitoulin Island, Marilyn Wohlberg’s name is synonymous with music, having taught the material to hundreds of students during her long career, been a driving force behind the Burns Wharf Musical Theater Company Theater and having given birth to a couple of the most famous artists of the island (Kevin and Brent Closs). This year, Ms. Wohlberg decided to follow in her sons’ footsteps and record her own CD, ‘Mom’s Stuff’.

Ms Wohlberg shared that she started recording the CD in the early 70s at her son Kevin’s recording studio in Levack.

“My intention was to record material that Kevin might be interested in learning,” she said, “especially the East Coast songs ‘Song for the Mira’ and ‘Away from the Roll of the Sea’. .

Then enters the pandemic. “So everything was put on hold,” she said. “This spring I finished recording the album with my son Brent at my home in Manitowaning.”

The CD includes covers of many of the songs Mrs. Wohlberg loves, especially the CD’s first song “The Green Eye of the Little Yellow God”. “It’s an old English poem by J. Milton Hayes that someone put to music,” she said. “My mother used to sing it often at family gatherings in Kirkland Lake. »

While Ms. Wohlberg sings some of the songs, her son Kevin sings “D’Arcy Farrow” and plays guitar, while she sings backing vocals. His son also accompanies him on “The Green Eye of the Little Yellow God”.

Mrs. Wohlberg donates a portion of the sales of each CD to her niece and her husband Frank. Frank recently underwent a lung transplant following a severe COVID attack.

CDs are available at the exhibitor’s office in Little Current or by contacting Ms. Wohlberg at [email protected] or by phone at 705-859-3808.