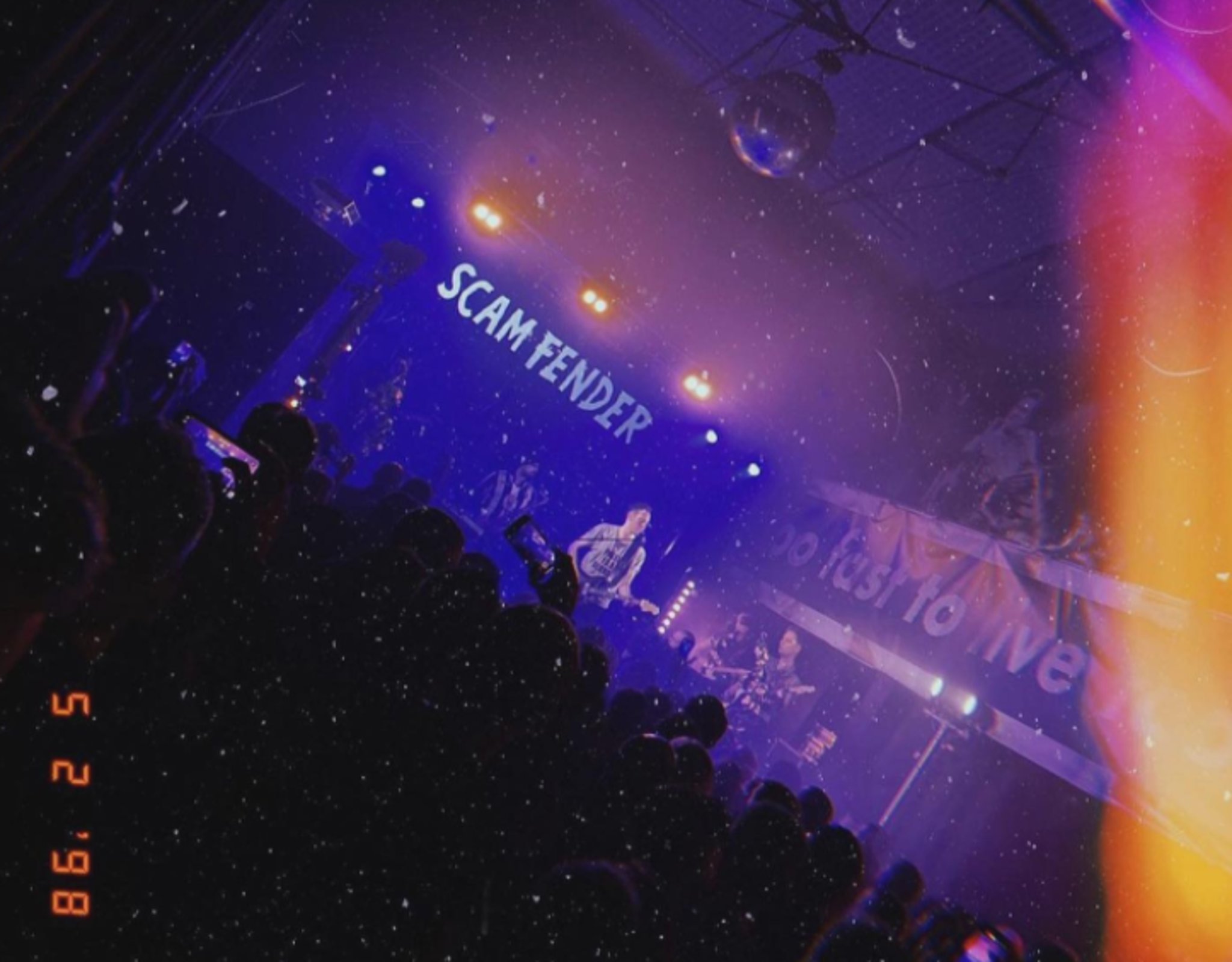 Over the past few years, North Shields vocalist Sam Fender has captured Geordie’s heart like no other.

The Brit Award winner’s passion for the North East, relatable lyricism and down-to-earth personality have made him a Tyneside export to be proud of.

Register to our NewcastleWorld Today newsletter

The newsletter mute the noise

Fender’s tracks are anthems for those in the region, as tribute band Scam Fender discovered as they went viral earlier this year.

NewcastleWorld chats with the band about how they came together, what makes Sam so special and where you can catch a show.

Q: How did “The Scam Fender Band” come about?

A: “The short version is we played ‘Seventeen Going Under’ for fun at a gig in Newcastle, just because it’s an amazing song. Someone filmed it and then it became viral on TikTok, probably because of the fun name if we’re being honest.

“It then ended up on Greg James’ Radio 1 Breakfast Show, people assumed it was a whole thing and wanted us to come and play for them. So I thought ‘why not’ and we so learned nine more songs, with some Springsteen tunes, and booked a gig at Riverside on April 1 to play them.

Q: Who is in the band and how do you know each other?

A: “We live in Newcastle and play all kinds of music together all the time, both our own songs – we’ve just completed our ‘Hamburg 156’ songwriting challenge to write 156 songs in one year – and also many times.

“One of the main things we’re doing is a band that covers The Killers music called The Kopycat Killers.

“We’ve headlined many big summer festivals in the North East and further afield over the past few years, it’s great fun and keeps us busy with around 50 gigs a year.

“Sam Fender is actually supporting the Killers in London this year, which fits really well as both are under the sway of Bruce Springsteen – so there’s a connection and lineage there.”

A: “Fans of literate, passionate guitar music have had very little to cheer about for almost 20 years and now we have a situation where that changes and the North East’s own Sam Fender is the real deal.

“They’ve got it all – lyrically, musically, the politics, the personality, the pipes, everything. Not only that, despite the name ‘Sam Fender’ on the box – they’re also clearly a good band! The fact that they’re all of the North East and that the area gave birth to these amazing songs is awesome, what’s not to love?”

Q: What is your favorite Sam song and why?

A: “‘Seventeen Going Under’ I think is an amazing song, probably the best song of the last decade. Her writing, especially lyrically, on the second album really took her to a new level. Songs like ‘Aye’ and ‘Spit of You’ are surprisingly lyrical, and that combination of lyrics that could stand as poetry in their own right, and also incredible tunes, is so rare – but Sam Fender a shovel.”

Q: You are playing a gig at the Riverside in April. What can people expect if they come to this?

A: “Just guys from Newcastle doing their best to play and sing amazing Sam Fender and Springsteen songs.

“I hope we do it with the spirit and energy with which they were meant to be performed. This is not a lookalike contest or some kind of impersonation, it’s five musicians performing amazing music and we don’t want to be anything more than that but it’s more than enough for a great night out.

“Also, Sam Fender often plays multiple Bruce covers at his own shows, and I suspect he’d love to do even more and clearly idolizes him. So we can also experience that element by leaving the saxophone on the road on some pieces. by the boss!”

Q: It’s been an exciting start…where do you hope this adventure takes Scam Fender?

A: “We have no ambition for this other than to enjoy playing these amazing songs to people who want to hear them. The Riverside gig on April 1st is almost sold out so we’ll probably do another on November 19th at the Northumbria Uni Students Union with the band Killers we’re doing. Why not, and it should be a lot of fun!”

Dave Navarro, life and legacy of the guitarist of the “Red Hot Chili Peppers”