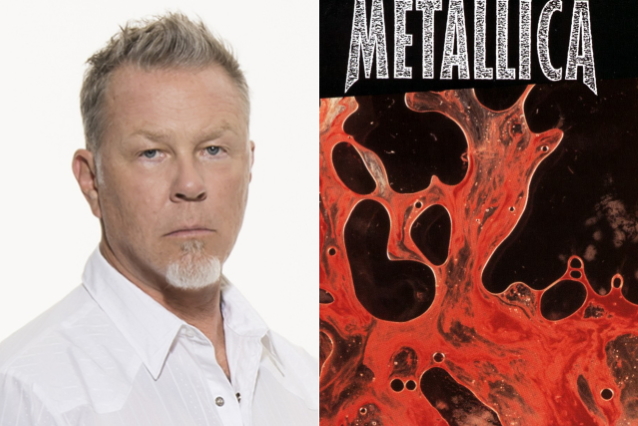 The work created for METALLICthe 1996 album “Charge” and its companion version, 1997 “Reload”has been a source of controversy among the band’s fans. “Charge” featured a photo titled “Sperm and Blood III”composed of cow’s and artist’s blood Andres Serranoof his own sperm between two sheets of Plexiglas, while the cover of “Reload” was adorned with a similar Serrano photo titled “Piss and Blood XXVI”.

In a new interview with Metal Hammer, Serrano we asked what was the reaction of METALLIC‘s fanbase and the group at “Charge” and “Reload” blankets. He said: “I think the pictures were a hit. I once read a review where the ‘Charge’ album was named No. 1 on a list of the best album covers. We know Lars [Ulrich, drums] and Church [Hammett, guitar] were happy but james [Hetfield, guitar/vocals] was not. I think james is still furious.”

Hetfield expressed his dislike of the “Load” cover in a 2009 interview with classic rock magazine. At the time, he addressed the artwork while discussing METALLICThe so-called “savage” years of the mid to late 1990s, during which drug use and disagreements over the band’s image and sound nearly drove them apart. Hetfield said he was particularly uncomfortable with the change in the group’s image around the release of “Charge”. Hetfield explained, “The whole ‘We gotta reinvent ourselves’ thing was in place. The image isn’t a bad thing for me, but if the image isn’t you, it doesn’t make much sense. “

Hetfield said he thought Ulrich and Hammet were “after a U2 kind of atmosphere, bono make his alter ego. I couldn’t get into it. I would say at least half of the photos that were supposed to be in the booklet, I ripped out. The blanket went against how I felt. Lars and Church were very into abstract art, pretending they were gay. I think they knew it bothered me. I think the cover of ‘Charge’ was just a piss-take around the whole thing. I just went with all that stupid, crazy shit.”

Three years ago, Ulrich was asked to single out his favorite METALLIC album cover in an interview with Maxim. While the band has featured iconic images on LP covers like “Puppeteer” and “…and justice for all”the drummer had a different choice.

Ulrich answered: “I’m not too much for the favorites… the ‘Charge’ and ‘Reload’ albums with amazing tracks from Andres Serrano. They will always hold a special place in my heart. I love him as an artist. I love imagery. I like the fact that we have seen Serrano through the cover of these two discs. Those are probably my two favorites.”

Ulrich became an art collector in the early 2000s and told The pulse of the radio his fascination with the fine arts dates back to his childhood some time ago. “You know, I grew up in a house full of music and art and somewhere, I don’t know, in the late 80s, early 90s, I started to rediscover a lot of those roots “, did he declare. “And what happened was that it became a sanctuary for me away from METALLIC. It was really my thing away from the rest of the METALLIC guys and it just became a big passion.”