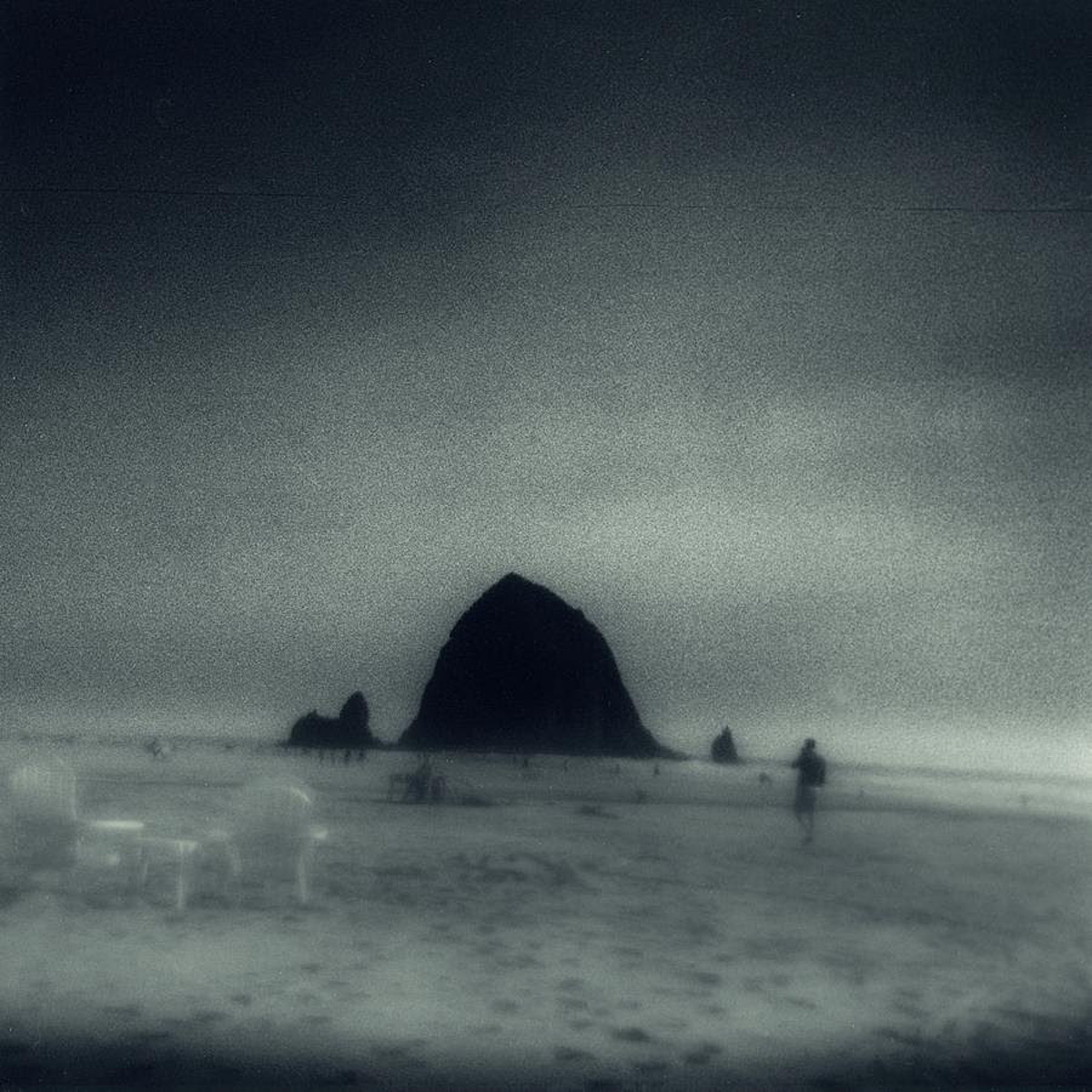 Drowse, the shoegazy and slowcore project of Kyle Bates (not to be confused with the Philly hardcore band of the same name), releases a new album dive in Nov. 11 via The Flenser. Debut single ‘Untrue In Headphones’ is named after Burial’s listening experience Fake on a train, and it’s a hauntingly beautiful slow-motion with guest vocals and guitar from Madeline Johnston, aka Midwife, Kyle’s Flenser labelmate.

Jazz great Makaya McCraven has shared another taste of his anticipated new album In these times (due 9/23 via International Anthem/Nonesuch/XL), and “The Fours” pushes the boundaries of jazz, incorporating hip hop beats, modern classic flourishes, and more, and it’s the kind of song that subtly engulfs you.

Chicago musician Maria Jacobson released her debut album as Fran, A private photo, in 2019, and now she’s back with her first new music since then. “So Long” is a beautiful indie folk track with just a hint of country twang.

Angel Du$t/Trapped Under Ice frontman Justice Tripp recently released his self-titled debut solo album as Cold Mega, and now he’s shared another song from the project, a jangle pop track that’s not not too far from the last Angel Du $t album.

British musician and This is the Kit bassist Rozi Plain has announced a new album, Price, which will be released on January 13 via Memphis Industries. The lead single, “Agreeing For Two”, features vocals from This is the Kit frontman Kate Stables (who also appears in the video), and saxophone from Alabaster DePlume. “This song started when I spent a week on the Isle of Eigg writing new music,” Rozi explains. “Primarily it’s about thinking about how easy it can be to unknowingly make decisions on behalf of other people, thinking that you might know what’s best or what’s right for a situation where , maybe, that’s just what was easiest for you. I love the saxophone line that Alabâtre Deplume added – brings a bit of his heart and his hope.”

Philly’s Goings signed to Refresh Records, and their debut single for the label is “Red,” a dose of mathematical indie pop in the vein of stuff like Minus The Bear and Maps & Atlases.

Rapper FishXGrits has announced a new project, Against the current of the worlddue October 10 via self-release, and new single “Jernt” features Curren$y, whose permastone delivery contrasts nicely with FishXGrits’ self-tuned verse.

Dark singer/songwriter AA Williams has a new album, As the moon restsdue out October 7th via Bella Union/PIAS, and here’s the eerie and ethereal new seven-minute single “The Echo.”

Austin’s big shrinks, the Black Angels, release a new double LP desert of mirrors Friday and shared another preview before dropping everything. “‘Empires Falling’ is a critical and thoughtful plea that examines humanity’s repetitive art of violent mass destruction,” the band states. “As we say in the chorus, ‘history repeats itself’. We live in a desert of mirrors, where it’s hard to tell right from wrong, up from down, or truth from lies. as we navigate these times where the fate of humanity is refracted and reflected from one state of panic to another. The world is a “bleeding animal” and we are exhausted, polarized and “pleading from street to street.” bloody street”. History has proven, time and time again, that without a drastic metamorphosis of our leaders, of politics, and ultimately of ourselves…”

The latest single from Mykki Blanco’s long-awaited new album Stay close to the music is “Pink Diamond Bezel”. “I always hope to create a new chemistry for my sound and throughout my career I’ve experimented with how far I can take rapping – from production to music choices to inspirations,” says Mykki. “A lot of my new album and last year Broken hearts and restful sleep is a break from everything I had done in the past and I hadn’t really done a hip-hop track in years when I wrote “Pink Diamond Bezel”. The song feels like the love child of Pharrell Williams and the Neptunes as well as Jack White. When I think of the vibe of ‘Pink Diamond Bezel’, I picture a stretched limo driving through snow-capped mountains, drinking Kahula and cream with a group of friends in cashmere sweaters, very après-ski – then nowhere does a shaman appear in the middle of the road, the car stops – a spell is cast, the road catches fire and we are forced to kneel down begging the forces of nature! I had fun creating this song, it’s flirtatious, it’s sexy and punchy and the second half is pure psychedelic rock mayhem.”

“I wrote the lyrics to the verse that started ‘Heart Attack Days’ in an apartment in Dallas’ Lower Greenville neighborhood,” says Rhett Miller. “I hadn’t been back for a while and was amazed at how much the place had changed. The few remaining examples of the kind of funky rental houses where my friends and I lived in the 90s were either abandoned or being demolished. I watched the sun go down over a half-destroyed duplex, and couldn’t help but make a song of the feeling it inspired, a bittersweet longing for a bygone era. “Heart Attack Days” is a little less American and a little more new wave than you might expect and is part of Rhett’s new album, The misfitout this Friday via ATO.

WILL SHEFF – “IN THE HEART” FT. CASSANDRA JENKINS

The final single from Okkervil River’s Will Sheff debut solo album Nothing in particular is “In The Thick Of It”, a melancholic ballad on the piano with the voice of Cassandra Jenkins. “In the thickness of it is a song about moments of grace in the frenetic middle of things,” Will says. “I wrote it remotely with Will Graefe on a frenetic flight from Los Angeles to the desert. Zac Rae is leading the charge on the piano and I’ve asked Cassandra Jenkins to sing the song with me. I had this big music video planned, but then everyone who was supposed to do the music video got COVID. So I borrowed a camera and sang the song while walking my dog ​​Larry through some of our favorite places in town. We had a great time and only spent $200.”

Dehd begin their fall tour next week and as a reminder, they have shared this sweet yet very catchy new track accompanied by a stylish video directed by the band’s Emily Kempf and Kevin Veselka.

Minneapolis duo The Cactus Blossoms will release an EP of Bob Dylan covers, If it’s not for you, on September 30 and they just shared the lead single, their version of 1969 Nashville Skyline’s “Tell Me That It Isn’t True.” “I’ve always loved the raw emotion of the song…you don’t know if it’s just jealous and delirious or if it’s really seeing someone else,” says the band’s Jack Torrey. “That vagueness and seriousness in the lyrics seems universal in a way.”

MEN IN WOOL – “WHY DO THE PARTIES HAVE TO END?”

The Woolen Men of Portland are back with a new standalone single that finds their Wire-influenced style still going strong.

Here is the first track released from John Carpenter’s score at the next Halloween ends. Get it on an exclusive limited edition Blood Splatter vinyl in our shop.

A collaboration between Angel Olsen and Sturgill Simpson has been in the works for a long time, and the pair of stellar country singers turn Angel’s “Big Time” into a fantastic duet. “It’s crazy to write a song and then watch someone else you really admire sing your words; kinda shakes it all up,” Angel said. “I already loved the song, but hearing Sturgill’s version of ‘Big Time’ made me smile from ear to ear, it made it come alive on a different level.” Learn more here.

BILLY NOMATES – “THE BALANCE IS GONE”

It’s the new single from Billy Nomates’ second album, out in January.

Torch is set to begin an East Coast/Midwest tour with Meshuggah and Converge, followed by a West Coast and South tour with Meshuggah and In Flames, and lead singer Steve Brooks recently said that these would be his last tours with the band. Now they have released a new song, “It Never Began”, which you can read more about here.

Keiji Haino & SUMAC have announced a new collaborative album, In this youthful apocalypse, our golden blood to shed will never leave usand you can read more about the 9+ minute lead single here.

Tribulation has shared their first new song with new guitarist Joseph Tholl, and they say more new music is on the way. Learn more here.

Citizen has released a deluxe edition of the big 2021 Life in your glass world with two new songs, and you can read more about them here.

Kelela is back with their first new song in five years, “Washed Away.” “I love a banger, but for the first point of contact out of my break, it felt more honest to lead with ambient heart control,” she says. Learn more here.

Alger is back with a new single, “Bite Back”, a six-minute track that deals with “black resistance, psychological operations and police oppression” and where lead singer Franklin James Fisher exchanges verses with two of the the most innovative voices of underground rap, Billy Woods and Backxwash. Learn more here.