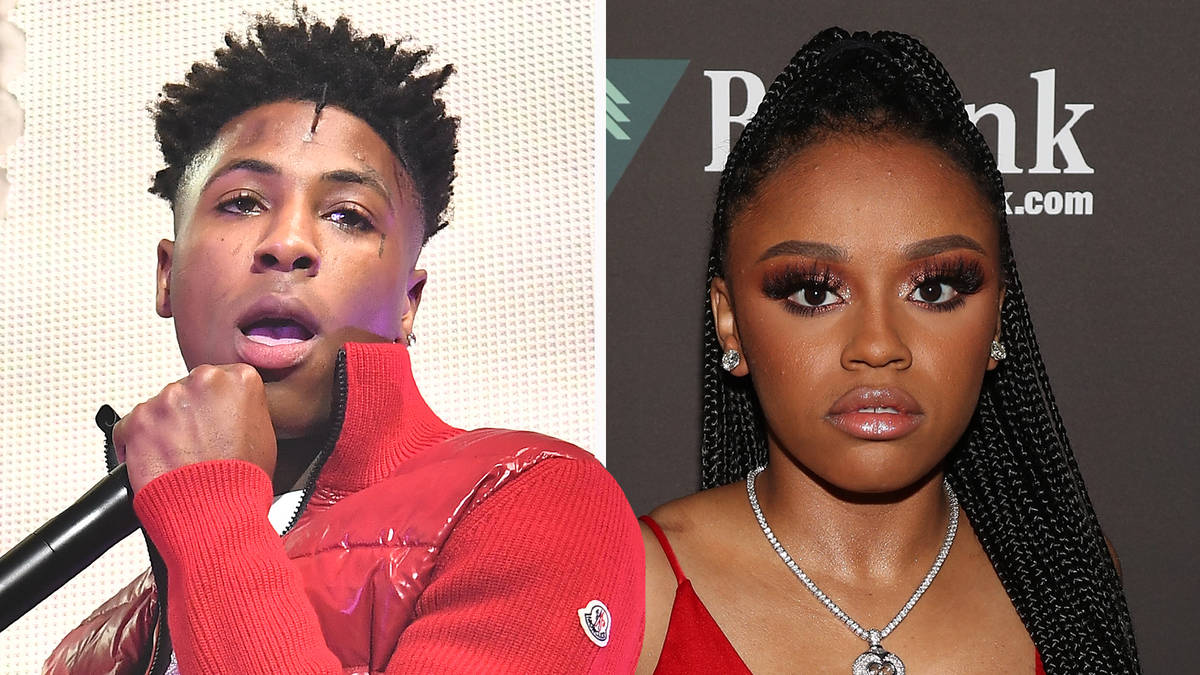 The rapper has sparked backlash online by alleging that Yaya Mayweather won’t let him see their son in his new song lyrics.

NBA YoungBoy and Yaya “Iyanna” Mayweather have become a topic of conversation on social media, after a snippet of the rapper’s song surfaced online.

While many fans were thrilled to hear the rapper’s new music and praised the track’s sound, other fans were concerned about the lyrical content.

On the unreleased track “Carry On,” the 22-year-old rapper raps the lyrics: “She doesn’t want KJ to come but then she tries to FaceTime her with me but I don’t want to talk at all.”

In another bar, the NBA raps: “I don’t give a fuck. Damn, tell the critics.

Fans immediately took to the comments section to express their thoughts on NBA Youngboy claiming that Yaya wouldn’t let him see their 1-year-old son, Kentrell Jr.

One fan wrote, “All the drama he has going on, I don’t blame her.” while another added: “Whether she likes it or not…he’s clearly emotionally all over the place, I wouldn’t do it either.”.

A third fan wrote: ‘she has a reason I’m sure’ while a fourth added: ‘I don’t blame her he’s just overdoing it, protect your baby energy at this point’ .

While many fans said they were okay with Yaya not letting NBA Youngboy see their son, others called Yaya “unfair”.

One fan wrote, “She needs to stop holding their child hostage…” while another claimed, “She wants him back so she’s using her son to keep him from seeing him.”

NBA Youngboy recently had a public spat with the mother of his other son, Arcola — during which the rapper ended up demanding that she immediately fly back to Utah and pick up their son.

Longtime Meat Loaf Guitarist Pays Tribute to His Late Singer: ‘There Were No Limits’ | Q104.3