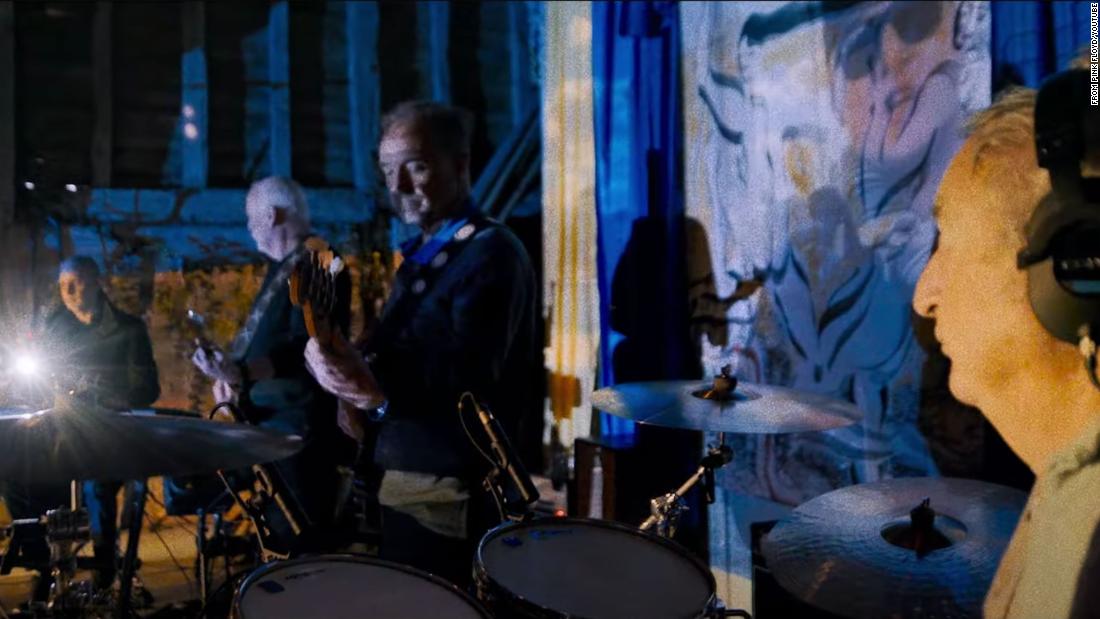 By Richard Jones Last updated Apr 8, 2022
Share
It’s the band’s first new music since 1994, and all proceeds will go to Ukrainian humanitarian aid, the statement added.

The song is performed by guitarist David Gilmour and drummer Nick Mason, with bassist Guy Pratt and Nitin Sawhney on keyboards, according to the statement.

The song features vocals from Andriy Khlyvnyuk of Ukrainian band Boombox. The band used audio of Khlyvnyuk singing in central kyiv, the Ukrainian capital, where they performed “a rousing Ukrainian protest song written during World War I that has been picked up across the world over the past month to protest against the Russian invasion.

Gilmour, who has a Ukrainian daughter-in-law and grandchildren, said in the statement that he was moved by Khlyvnyuk’s performance “in a kyiv square with this beautiful, gold-domed church and . .. in the silence of a city without traffic or background noise because of the war.”

“It was a powerful moment that made me want to put it to music,” he said.

Pink Floyd said the Ukrainian singer, who left his band to join the military, is in hospital after being hit by shrapnel.

“We, like so many others, have felt the fury and frustration of this despicable act of an independent and peaceful democratic country being invaded and seeing its people murdered by one of the world’s major powers,” Gimour said.

“We want to express our support for Ukraine and thus show that most of the world thinks it is totally wrong for a superpower to invade the independent democratic country that Ukraine has become.”

The single’s artwork features a painting of a sunflower, Ukraine’s national flower, a “direct reference” to the elderly woman who was seen giving sunflower seeds to Russian soldiers, a said the group.

“Hey Hey Rise Up” is the band’s first original music in 28 years. In 2014, the band released an album “The Endless River”, which was mostly ambient and instrumental music based on the 1994 sessions created during “The Division Bell”.