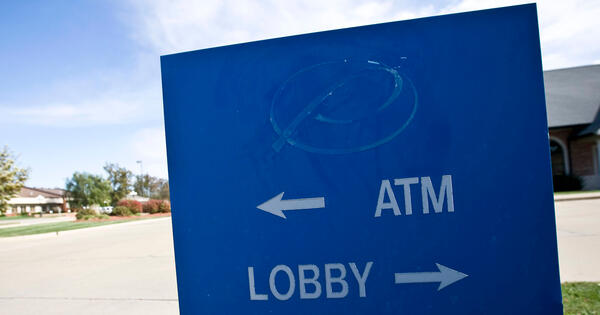 Private equity firms have drawn a lot of criticism. These investors usually buy private companies and reorganize their operations to increase their profits. But some people argue that the maneuvers of private equity investors, such as burdening these companies with a lot of debt, introduce risk into the financial system.

The question of whether private equity firms help or hurt the economic system is too broad to answer comprehensively, says Song Ma, an assistant professor of finance at Yale SOM. But in a recent study, his team focused on an example of private equity involvement: when private equity investors bought banks that failed during the 2008 crisis, a time when “the stability is extremely important and also extremely fragile,” Ma said. “We are witnessing a very high stakes moment.”

The researchers found that private equity investors tended to acquire less healthy banks than traditional buyers, i.e. other banks, did not want. And they seemed to be doing a pretty good job of fixing these failing banks. Banks bought by private equity firms fared better than those bought by other banks on measures such as keeping branches open and lending to small businesses.

“They know how to handle distressed and risky assets,” says Ma, who collaborated with Emily Johnston-Ross at the Federal Deposit Insurance Corporation (FDIC) and Manju Puri at Duke University on the study. Evidence of bank resolution suggests that “they could play quite a positive role in stabilizing the financial system during this specific period.”

Private equity firms raise funds from individuals and organizations and act as financial intermediaries, buying companies and bringing about financial and operational change. These investors have a reputation for cutting headcount and wages in order to increase short-term profits, but some research suggests that target company operations flow more smoothly after private equity firms get involved.

During the 2008 financial crisis, private equity played “a neglected role,” Ma said. Many smaller community banks failed, and the FDIC allowed other companies to bid on them. Typically these bidders were other banks, but private equity firms were also allowed to throw their hats in the ring.

One would expect private equity firms to perform poorly in this area, as banks need specialized expertise to operate. Perhaps private equity investors would also take excessive risks in their attempts to turn around the banks, creating even more problems.

On the other hand, the involvement of the EP could be beneficial if other buyers did not have the capital to bid on these banks or were reluctant to take on more risk. Other banks might not have had the resources to tackle troubled institutions, Ma says. Private equity firms, on the other hand, like risky projects and could raise funds more easily; they have enough “dry powder”, he says.

To investigate, Ma and his colleagues looked at FDIC data on the resolution process of 482 failed banks from 2009 to 2014. Of the banks bought, private equity firms acquired 13%, equivalent 24% of assets held by failing banks. “It’s quite a large amount,” Ma said.

Next, the researchers assessed the health of failing banks, based on measures such as the amount of capital they had and how distressed their assets were. They found that private equity firms were acquiring banks at the “bottom of the quality ladder,” he says. For example, a lower standard deviation of a capitalization indicator was linked to a 3.5 percentage point increase in the odds that a private equity firm would buy it. Private equity investors were also more likely to buy banks with a higher fraction of risky assets, such as home loans.

Traditional investors would say “you’re crazy” to buy banks in this state, Ma says. But private equity firms are willing to buy them because “if they can flip them, the returns are bigger.”

Private equity investors also appeared to acquire banks in areas where neighboring banks – the most natural buyers – might not be able to pick up the slack. For each failed bank, the researchers looked at the financial health of other banks with branches in one or more of the same ZIP codes. Private equity firms were more likely to buy banks whose neighbors were also doing poorly.

The researchers calculated that without the private equity investments, 5.5% more failing banks would have been liquidated. FDIC resolution costs would have increased by $3.63 billion, or about 5%.

What would have happened if private equity investors had not intervened? The team calculated that 5.5% more failing banks would have been liquidated. FDIC resolution costs would also have increased by $3.63 billion, or about 5%.

To work around this problem, the team identified a subset of banks that had been bid on by both private equity firms and other banks. The FDIC chose the buyer based on small differences in the offers, as close to a random experience as the researchers could get.

“PEs have actually done a pretty good job of turning these banks around,” Ma says.

Their success could be partly due to the CEOs they hired to run the banks. Ma’s team found that these executives averaged 29 years of banking experience. And 37% of them had worked with troubled assets or turned around troubled organizations.

When the next crisis hits, policymakers will have to decide whether private equity investors should be allowed to join the fray again. The team’s study was limited to a time period, and they can’t say whether one policy will fit all scenarios. But based on developments after the 2008 crisis, Ma says, letting private equity play a role “seems promising.”