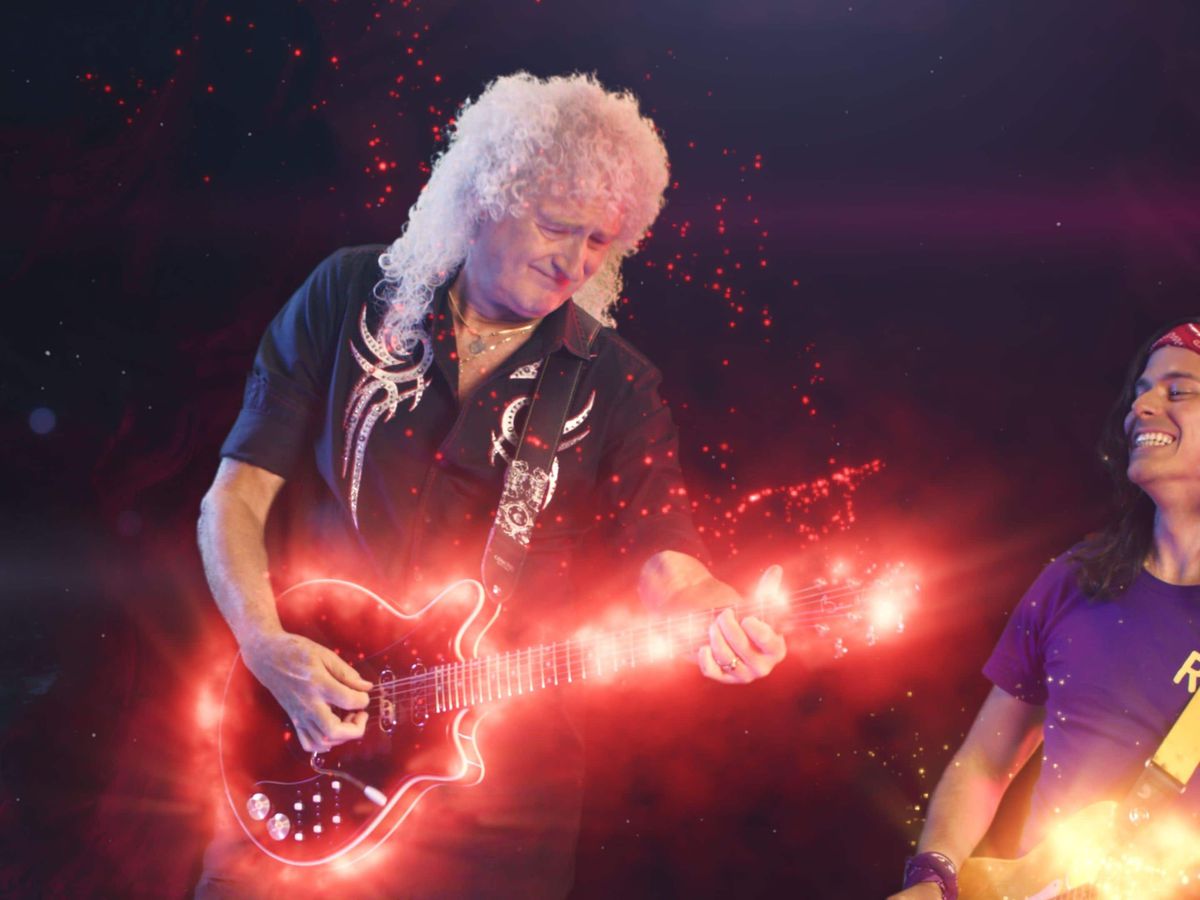 Brian May felt compelled to star in a children’s TV show after the anti-bullying message ‘moved’ him.

The guitarist from rock band Queen had intended to decline the offer to star in a special episode of CBBC’s Andy And The Band, but changed his mind after reading the script.

In the episode, May, who plays The Godfather of Rock, makes music with the band The Odd Socks, after collaborating on the song Planet Rock together.

The 74-year-old told the PA news agency: ‘It was very moving because it’s a beautiful story, it’s such a beautiful look at what happens to children and how they lose confidence and what can be done.

“It’s a good song, I didn’t write it, I contributed to it. I’m someone who can’t help but get my hands dirty, so we collaborated on it.

“They’re called Odd Socks because they stand up for these kids who feel like outcasts, they feel like weirdos, and it’s an anti-bullying campaign built into what they do, which I find wonderful.

“It must give confidence to so many children who have lost their faith because they are seen as something different, a bit strange, and being bullied.

“All the grown-ups I showed it to were very moved, some cried, it’s great.”

Each episode of the show features host Andy Day and his band doing odd jobs to help their fans and save the day, with the help of a star-studded guest list including Craig Revel Horwood, Steve Backshall and Zoe Ball.

May revealed he originally intended to turn down the offer after suffering from Covid-19.

He told PA: “It was at a very busy and not very healthy time because I had all the Covid stuff going on so I said ‘I don’t think I can do this’.

“She (his wife’s agent) said, ‘Do me a favor, just read the script and tell me what you think about it’, I read it and was very moved.

“I heard the song, I liked the song and I thought I could do things with it – and we did.”

Describing the episode, May said it was “very worthy entertainment” and that the show was not just for kids, but “for everyone”.

“These things are very serious, I have grandchildren now and I know, again, what’s going on in schools, and it’s so easy for a child to be marginalized.

“You don’t realize how much harm this can cause to children.

“So it’s the adults who need to be educated, not just the children.

“Everyone should be included and everyone has the right to be themselves, whatever it is,” he said.

May revealed that he initially struggled to get into acting, having trouble learning his lines.

He said, “We did a few takes when I tried different variations, did my homework, learned the lines.

“I can understand the lyrics very quickly, I have since I was a child, but I always have nightmares about playing in the school play and not remembering my lines, panicking that I’m on stage and I don’t know what comes next.

“You have to put in the work if you take on these kinds of projects.”

The musician has previously opened up about his health issues, revealing he suffered a heart attack and doctors also treated him for multiple complications, as well as catching Covid before Christmas.

He said: “I had it about six weeks ago and it was basically like having a really bad cold or the flu.

“The horrible part lasted about three or four days and then there was a slow decrease in symptoms.

“I still feel the congestion, I still wake up congested in the morning and I still have bouts of unrelenting fatigue, it’s hard to describe.

“It’s not just fatigue, it’s this feeling that you have to fall asleep.

“I can do something so normal and then struggle, my whole body tells me you need to go to sleep.”

Bafta-nominated presenter and actor Day said: “Working with Brian has been a musical dream come true, as I’m a huge Queen fan, but most importantly he absolutely understood the ethos and message of inclusivity that we share in everything we do.”

Speaking of future acting roles, May added, “I don’t think I’ll ever give up on what I’m doing, but if the weird part comes up, you never know.”