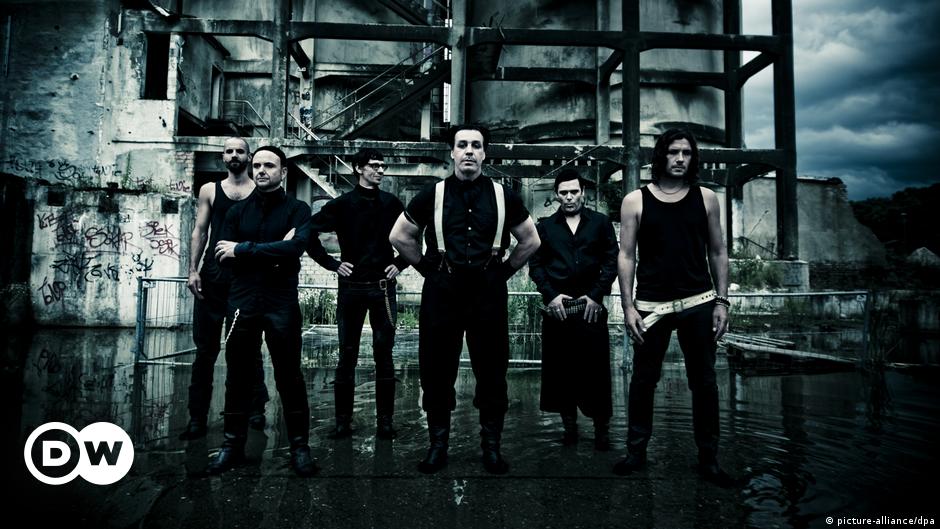 Rammstein and its leader, Till Lindemann, have quite a large fanbase in Russia. Lindemann has given several solo concerts in the country and had planned to perform in Novosibirsk and Moscow later that year as part of his “Ich hasse Kinder” (“I Hate Kids”) tour. He canceled them following the Russian attack on Ukraine, but he has pledged to perform a planned concert in the Ukrainian capital, Kyiv, if circumstances allow.

On his website, Rammstein has taken a clear stand against the war and in favor of the Ukrainians. In a statement in German, Ukrainian and Russian, the group said it was particularly saddened by the suffering of Ukrainians. “Each band member has different experiences with both countries; all musicians have friends, colleagues, partners and fans in Ukraine and Russia.”

The band said they are aware of the despair many Russian fans feel over their government’s actions, and they want to “remind people of the humanity that Russian and Ukrainian citizens share.”

Lindemann recently joined the many volunteers helping at Berlin’s main train station, where many Ukrainian refugees have arrived in recent days.

“Russia, we love you”

Since the turn of the millennium, the German band has been extremely popular with Russian fans. For some, their hard metal sound recalls German wartime aesthetics while evoking Soviet heroism, proletarian power and masculinity.

Authorities, on the other hand, have been wary of the band since a 2019 gig at Moscow’s Luzhniki Stadium in which Rammstein guitarists Richard Kruspe and Paul Landers kissed on stage — an absolute ban in Putin’s Russia, which introduced the so-called Gay Propaganda Act in 2013 and has harassed and persecuted members of the LGBTQ+ community ever since.

Then a photo of the kiss was posted on social media with the words: “Russia, we love you.” Many fans were elated while politicians made it clear that the band should refrain from such performances in Russia in the future.

However, in the spring of 2021, the Kremlin celebrated Lindemann for recording “Lubimiy Gorod,” a Soviet war song. In September of the same year, he performed the song live at a military festival in Moscow’s Red Square to standing ovations. The performance came just a week after Russian police spoke to the singer from Rammstein, in the country for a music festival, apparently in connection with a breach of coronavirus precautions. Eventually, the festival was canceled.

Till Lindemann gave a controversial performance in Moscow in 2021

Two weeks before that meeting, Lindemann got into trouble with the Hermitage in St. Petersburg over a music video that shows him at the world-famous museum singing “Lubimiy Gorod.” Although the museum authorized the filming of the music video, it did not authorize Lindemann’s plan to sell still images from the video as non-fungible tokens (NFTs) showing the interior of the museum.

Rammstein’s latest project is a new album, which has been in the works for some time. A single from the album was released on Thursday. The lyrics of “Zeit” (Time) express the wish that time stops because one is not ready to die, but death does not care. In the video, the scenes are played backwards. There are soldiers and followers, births take place, people die, and death is an omnipresent figure in a faceless, but not fearsome, black hooded cloak.

“Zeit” doesn’t hit the square like many other Rammstein songs. The lyrics are more pensive, the song has very calm passages. However, at this time Rammstein may have found the right song – after all, it will also be heard in Ukraine and Russia.

This article has been translated from German.

Phương Tâm, Vietnamese surf rock star of the 60s, reclaims his inheritance at 77