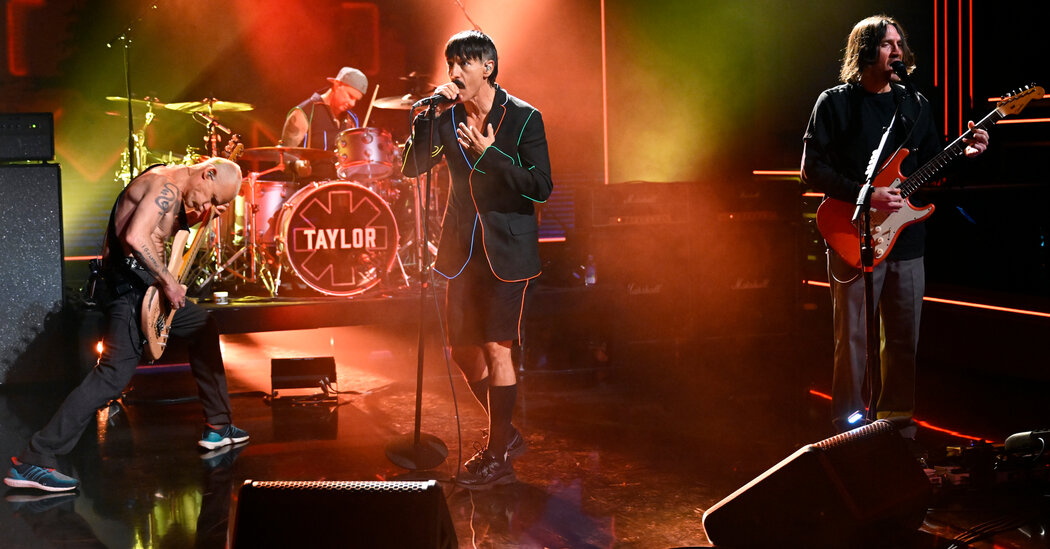 Everything lined up for the Red Hot Chili Peppers’ latest album, “Unlimited Love,” which opened at No. 1 on the Billboard charts, the band’s second time at the top.

The Chili Peppers reunited with their former guitarist, John Frusciante, for the album. He’s been in and out of the band since 1988 – with his most recent departure following the tour of “Stadium Arcadium” (2006), the band’s last album to reach No. 1. “Unlimited Love” also handed the band in place. in the studio with Rick Rubin, who has produced most of the Chili Peppers’ albums since 1991, but not the most recent, “The Getaway” (2016, with Danger Mouse).

And if there was a prize for the most unusual promotional appearances, it could go to a recent one from Flea, the band’s inimitable bass player, who offered a long, psych-funk solo instrumental version of “The Star-Spangled Banner” ahead of the April 3 Lakers-Nuggets game. (Did it lead to sales or airplay of “Unlimited Love”? Who knows, but it’s a must-have for any Chili Peppers fan.)

In its first week of release, “Unlimited Love” had the equivalent of 97,500 sales in the United States, according to tracking service Luminate, formerly known as MRC Data. That total includes 19 million streams — modest for a No. 1 album these days — as well as 82,500 copies sold as a full package, including 38,500 copies on vinyl. (On next week’s chart, Jack White’s “Fear of the Dawn” is also set to arrive with a big vinyl number.)