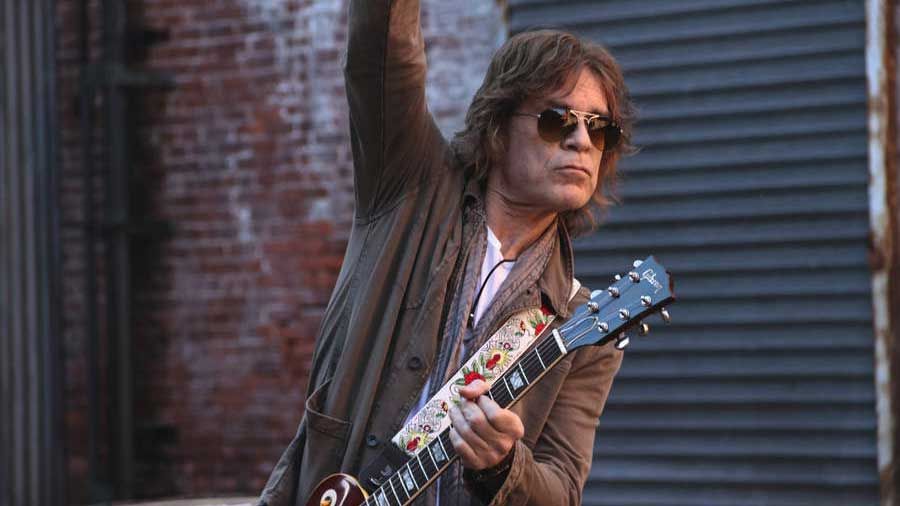 From 1975, New Yorkers Riot became mainstays of the UK hard rock scene, supporting Saxon and appearing at the first Monsters Of Rock festival in 1980.

Plagued by business issues and devastated by the death of founding guitarist Mark Reale, they relaunched as Riot V in 2013.

Riot Act is a separate band formed by Riot rhythm guitarists Rick Ventura and Lou Kouvaris in late 2019. Kouvaris died of coronavirus a few months later, but we caught up with Ventura earlier this year.

Riot was part of some of the most important hard rock moments of the 80s. What do you remember from the first Monsters Of Rock?

It was a trip! What a blast. It was like a mini Woodstock. You were looking out into the audience and there was a sea of ​​denim and leather – just like the Saxon song. I will never forget this experience.

After you and Lou Kouvaris left the band in 1978 and 1984 respectively, what did you two do?

Playing in bands, whether it’s covers or just jamming. This whole time left a very bad taste in my mouth. It was a sad time. But I always had a glimmer of hope.

The idea for Riot Act came when you started making appearances with Riot V.

It’s true. Every time we played with them we had a blast, and little by little things started to percolate, and then Lou and I were inducted into the Heavy Metal Hall Of Fame. [as members of Riot in 2018 – they performed at the ceremony as Riot Act in 2020].

Many bands have suffered during the lockdown, in your way more than most. Lou was only sixty-six when he died from coronavirus. That was before the vaccine, right?

Yeah. It was, like, a month into the pandemic. We were so excited about the project. It was our first time playing together, and every time we looked at each other smiles were plastered on our faces. The only time Riot Act performed live was at the Hall Of Fame, and it was just two songs.

Have you ever considered quitting?

Oh yeah. I haven’t picked up a guitar for several months. But eventually I realized that I still had all that music in me.

Strong Riot flavor can be heard in the single Soughtand also in right between the eyes.

This sound is what Mark [Reale] and I was around. It’s hard rock, and it’s never left me.

There is also an undercurrent of bluesy hard rock.

Ultimately, Riot Act are an old-school hard rock band. It’s exactly that. This is something that was missing in the music.

In August, Riot Act is the special guest of Lillian Axe’s UK tour.

Like I said, we haven’t played live since Lou passed away, so we’re more than happy to come to England for our first gigs in over two years.

There is no rivalry between Riot Act and Riot V. Wouldn’t it be wise to combine the two groups into a single line-up?

It’s a crazy idea. One day we might even play together revisiting different eras of Riot music, who knows?

Closer To The Flame is available now through Global Rock Records.