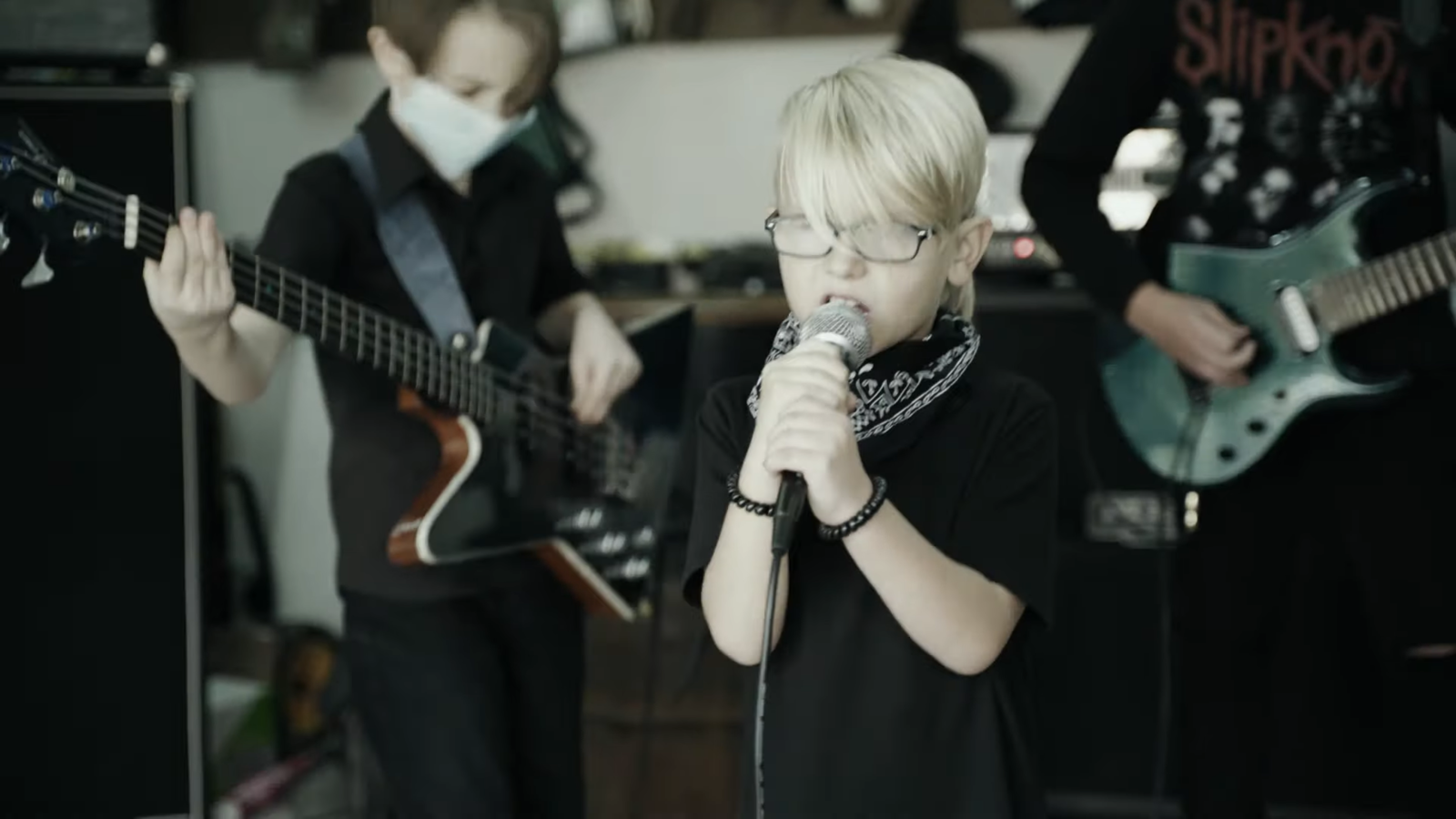 Korn is certainly not the first band that comes to mind in a list of easy to pick up metal bands. Between the intricate slap-bass lines of bassist Reginald “Fieldy” Arvizu, the quirky guitar licks of James “Munky” Shaffer and, most importantly, the emotionally erratic, nasal vocal screams of Jonathan Davis, the nu-metal giants are no more. not exactly karaoke pillars.

However, a six-year-old boy named Michael Dalhover and his gang of young comrades make it easy. In a new video created by the O’Keefe Music Foundation, Dalhover gets behind the microphone and crushes an absolutely perfect cover (for a six year old child, that is to say) of “Here to Stay”, the first single from Korn’s opus in 2002, Untouchables.

Alongside four other musicians aged nine to 18, the first-year metalhead manages to nail Davis’s intricate vocal inflections, and he even carries the rising and falling tune with impressive ease. He really looks like someone who’s spent a lot of time listening to Korn – and it turns out he is!

According to the video description, Dalhover’s parents are huge Korn fans who have been taking their son to see the nu-metal band for years, so it’s no wonder his performance sounds like second nature. This may be Dalhover’s big breakthrough in the metal world, but from the sounds it looks like he’s … here to stay (please applaud).

Watch the entire cute as hell performance above via YouTube.

The O’Keefe Music Foundation is an organization that provides free music education for children and teens – and apparently specializes in great heavy-metal covers. Learn more about the foundation and donate to their official site.

The Second City, open microphone evening at The Ark in September